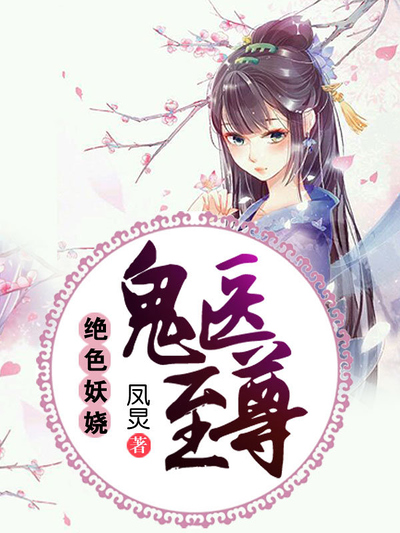 Status in Country of Origin. One entry per line
5188 Chapters (completed)
77 (side story)

One entry per line
Qidian
Yunqi

She, a modern hidden ghost leader of an organization which gathered insane prodigies proficient in the various differing skill-sets. Highly skilled in medicine and poison, executes covert assassinations, viewed as insane and demonic in the eyes of people of the world. Killed in an accident, and reborn into the body of a disfigured young girl.

What? Face disfigured, identity stolen? A return to the family dim and hopeless? Her identity can be given up, her family can be forgone, but as for the one who harmed her predecessor who inhabited this same body, if she didn’t at least make them scream in unimaginable agony and throw them into a state of wretchedness, how could she live up to her demonic reputation? Endless turmoil ensues and it’s a battle to dominate over all! See how she shook the world dressed in a suit of red, her sword up against the dominant powers that rocked the Heavens! Her name spread across the seas, shocking the earth!

These are recommendation lists which contains Mesmerizing Ghost Doctor. You should give them a visit if you're looking for similar novels to read. Alternatively, you can also create your own list.
More Lists >>>

Ever read a novel of a sly main character, charming woman and infuriating his enemies? You get more of it here... except the main character is a cross-dressing women whose thoughtless remarks and frank personality would spark interest from a bevy of bishonen type males. Don't get too wrapped up with the reincarnated revenge arc, it actually gets settled quite quickly and without too much of a fuss really. What you will get is an outgoing FL with a ton of advantages. Her wit and denseness would cause the ML to... more>> be helpless. She would astonish the world with her beauty (in male guise and original female look) and the usual skills that are usually for much older people. Be it martial arts, medicine or alchemy; she has proficiency in all of them. She reads like a reverse Yun Che in the earlier parts of Against the Gods (except she doesn't sleep around). She is completely aware of the effect she has on people. The cross-dressing aspect provides some comedic effect. The read is light and each chapter relatively brief. Decent time waster. You would never feel that she is in danger: you read on to find out how she would overturn the situation because everything is according to her keikaku. <<less
1 Likes · Like Permalink | Report

MC is an assassin who transmigrated into the body of a daughter of a general who was disfigured by her friend, impersonated her and sent her to brothel. MC is smart, plans well, is shameless sometimes and appreciates pure people (like her sworn brother), is a great cross-dresser and a person who's clever seeing her situation. Many say that the ML grabbed her away but at that time he didn't know that it was her and he thought that she was really a boy and he needed to cure his ice... more>> poison. There are many who say that MC disregards her face and doesn't treat it but that's because she was lacking a herb for her ointment.
Spoiler

She does slowly heals her face from about chapter 188.

[collapse]
ML is also lovely when he comes to know his feelings and you will be really surprised sometimes.
Spoiler

The first thought after discovering his feelings (in chapter 201) was that was his face not that attractive? Should he go and learn some tricks from those women (of brothel) ?

It was really funny at that time and MC's reaction too when he told her how he felt holding her. She thought he was a broken-sleeve and her virginity as well as gender identity was in danger.

It is good and not good story.... It is doesnt has a focus or aim the MC want to achieve... But you still amuse with the fresh character of the MC... For the ML.. he is too absurd.... it has a good comedy but the novel really lack specification or detail gor the story itself... It is truely a pity for the amusing MC....
1 Likes · Like Permalink | Report

I think this novel set things up well and knocked everything down too quickly. The old fashion Wuxia formula is there: But the whole reincarnation thing, rather than becoming a plot point, pushes the stake the protagonist has in the story to the side and accelerates the plot ten-fold. Sure there are a lot of mysteries and unresolved grudges still going on, but it feels moot based solely on the over-powered growth of Feng Jiu. If the author... more>> actually needed her past life to be a plot point then there would be a lot more to look forward to, but as it stands, anyone with a little familiarity with the Xianxia/Wuxia formula will be able to guess what happens by chapter 70. <<less
1 Likes · Like Permalink | Report

I am sad. I really liked this early on, and wanted to keep liking it, but the male lead is just so, off-putting. And the romance is shoddy at best. Not to mention how coincidences just keep happening to force the poor romance, and how the main character just, somehow, loses all her wits around the male lead. It's far beyond being "starstruck", it's at the level of proximal lobotomization (as in, the character acts like she's been lobotomized whenever he's around). It's just painful, especially because we've been shown that... more>> she is smart. I am sad. <<less
0 Likes · Like Permalink | Report

edit: after getting further into the story and looking at the fact that there is like 5k chapters left I take back any good things I said it is entertaining, definitely better than a majority of chinese novels out there, but that is an extremely low bar to pass. The MC is a person who actually will kill the people who double cross her without giving them 15 chances to stab her in the back and run away just to get stronger people to fight her later. IT is satisfying to see a... more>> novel MC who doesnt have some corny code about killing people nor are the naive and get played a lot, the MC is the one who plays people. That being said the chapters are short and around chapter 200 or so it seems like the filler content starts to really kick in and makes everything take longer than it needs to <<less
0 Likes · Like Permalink | Report

An enjoyable read. It's a shame it's behind a kinda sorta paywall at webnovel. com (you can get free souls stones to unlock chapters via a few actions) so if you want to read past chapter 83 your going to have to pay soul stones, or google for a website that has a copy of the translation for free. It seems to be the same translator from when it was at mistytranslations, though at a higher rate of release by the sounds of things (not that the translator is going to... more>> catch up to the 5188 Chapters any time soon...) webnovel. com: I love the layout of this site, how you can continue scrolling to the next chapter, and how comments are in a pull out tab. If it wasn't for the need to "unlock" chapters it would be perfect <<less
0 Likes · Like Permalink | Report

Compared to other female protagonist novels, the MC is highly independent. Despite the romance genre, the ML has yet to interfere in any of the MC's problems like rushing to her rescue all the time. Here is what is seen in the novel: Pros Cons The... more>> main issue that this novel did not receive a five is due to the slow nature of the story. Each chapter is relatively short causing the story to be stretched for a conflict of the MC. At this point in the story, it feels like the author is throwing in a random conflict for the MC to resolve. In addition, the MC tends to leave problems to solve by itself and coincidently manage to do it with little effort. It tends to make her overpowered because the author just decides to place certain characters in certain situations at the perfect timing. While this story has its many flaws, it is highly enjoyable because of the shameless and strong-willed MC unlikely to be seen in other novels. Often times, female leads are described as a heaven-defying genius or beauty that crawled up from the bottom while catching the eye of a powerful background of a male lead. It can be said true to this novel, however, the ML is often times absent or observe from the background. It is what leads to a hardworking MC with her own identity, discarding the need of a ML to protect her from harm. Moreover, the MC is more laidback and mischievous in her personality while knowing what she needs to accomplish. The novel, in my opinion, is one of the favorites as it is highly enjoyable and funny from all the acts performed by MC and the characters around her. <<less
0 Likes · Like Permalink | Report

For all of you people not reading the book and giving an “honest review I’ll correct some of your misconceptions. She shouldn’t know about potions, mates she clearly stated that the herbs were in the world she lived in and they had the same name. Next how does she know how to cultivate? The original host was lvl 2 something and her memories merged with our main characters. I have more FACs if you want more.
0 Likes · Like Permalink | Report

Love this novel although the romance is kind of slow.
0 Likes · Like Permalink | Report

The type of story where you can just sit down tight and enjoy the ride~ No, the story is not aimless.. But without having the goals crystal clear some people can't see them.. ... more>>
Spoiler

just because she manages to crush the "villain" early on.. Anyways, there are still thousands of chapters, who said another enemy won't pop up? We sill don't know who poisoned ML etc.

MC is an absolute pervert.. She fawns over beauty both male and female - while crossdressing - which causes trouble for the poor ML..

Her initial aim was revenge for the body's original owner, but she found she liked her family.. General goal seems to be riches and cultivation... She is a little money gruber and goes as far as to con ML a couple of times for valuable items.

Secondary goals are achieved though.. like healing her face, joining the academy etc..

Another main goal is avenging the ghost master who gave her treasures and helped in her cultivation.. So it cannot be said that the story is aimless.. She wants to stand in her master's place, anyhow..

One of my favorite reincarnation novel. I love how shameless the female lead is. It's too early to tell but the ML seems like the tsundere type-
Spoiler

Takumi: Ordinary Life Of A Setsu...