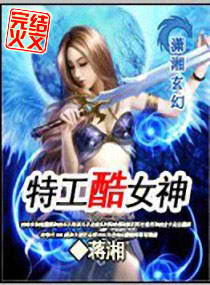 Status in Country of Origin. One entry per line
246 Chapters (Completed)

What will happen when a wild, arrogant, and cold secret agent crosses over to the body of a weak and timid young miss of an aristocratic family?

She, Chu Ye, is the CIA agent who grabbed the outstanding title of “Agent 007” after the death of Qian Xie. However, she fell in love with the enemy during a murder mission and died for love.

She, Boling Yili, is the seventh young miss of the Boling family, the greatest aristocratic family of the Eastern Nation, but because of her natural timidity and cowardice and her inability to become a sorcerer, she was regarded by the family as a disgrace and was exiled to a small remote town, where she supposedly died due to suicide and drowned in a pond.

When matters are left unsettled, the heart and body will almost thirst for blood, longing for the wildness and madness and even undergoing change to the point of blurring the fine line between life and death. From the moment Boling Yili’s body was reborn, the Wu Man Continent better wait for they will witness what it means for the sky and the earth to turn upside down!

One entry per line
特工酷女神

These are recommendation lists which contains Cool Goddess Special Agent. You should give them a visit if you're looking for similar novels to read. Alternatively, you can also create your own list.
More Lists >>>

I really hate it when people rate a novel way too early. HOOOEEES, this novel is GOOD. WHY the low rating? 😡 This story is about an agent who died in the most important time of her life (she finally fell in love) to wake up in a body of a waste in a world of cultivation. ... more>>
Spoiler

The Female Lead is our typical FML. Aka, too beautiful, too powerful/ goddess of luck’ bastard daughter- Legit that OP. When I say op, I’m not saying she was god like from the first few chapters, NO, she suffered quite a lot. Anyways, let’s skip to our male leads.

THERE ARE 10 Delicious- Male leads (I know. Crazy...😂) To Ben honesty I don’t remember everyone and I might mix things up BUT!!!

001- The first love. From first world to the second. He will appear the the very first few chapters and the 30-20 chapters beforehand ending. He’s quite possessive since he’s a modern man and a sole believer of monogamy. Took quite a while but he actually accepted the other nine.

Lanxi Linhua (DONT SUE ME ITS GOOGLE TRANSLATE AND BAD MEMORY) - The fiancé. The FML will sell the jade (proof of marriage something about the two them) - she doesn’t know she’s selling it to THE FIANCÉ himself and the rest is history. Fun FACT! In the second world (word of cultivation) HE TOOK HER VIRGINITY. Lol.

Shezun Bamboo (TF sue google translate) - the cousin?/Ultimate insider. He will be saved by our FML and then AGAIN the rest is history.

Magic City (F Me 😂) - The Stepbrother-Lover-Husband. He will meet the MC when MC bet for him. The then starts to get entangled with our MC’s mom falling in love with his suspense-half dead handsome father. Their parents marry but that has nothing to do with them (Their lovers duhhh).

2 Princes- one from East, one from South. The prince from east is

. The south prince she will be meeting when her space storage was stolen.

Innocent (F me 😭😂, it’s google) - another young master from south.

Lastly, the one she saved from 4th floor (of the tower something.) - Also a young master.

Sorry bout the poor description of characters but the story didn’t really have that much consistency in mentioning the Male leads as the story mainly focuses on the adventures and conquests of our FML.

Really sorry about the limited (useless) informations I have. If you read google translate YOU WILL KNOW. ENJOY.

3.5 stars. I was about to put 4 stars but that would be a disgrace to all the other 4 star novels that are way better than this one so... 3 stars it is. Its a story about an MC who is bored with her current life as a rich heiress and strives for excitement through life taking risks. On one of her assignments as a agent 007, she meets 001 who she's meant to kill. They fight to a draw, end up exhausted and feel like they finally met someone... more>> who understands them and start making out. Unfortunately they run into danger and both of them die trying to sacrifice their lives for one another. MC wakes up in the body of a stereotypical useless miss discarded by her powerful family for being talentless. From here on out, she will start meeting her future hubbies. I don't really like the mc's personality. To sum it up, she's extremely willful, acts under emotions, not logic and a bit irresponsible. She doesn't think twice about the consequences when taking action and offends who she wants to offend, which eventually ends up bringing trouble to herself. She has double standards in terms of harems (1 guy can only have 1 wife. But why can she have 10 husbands??) (I normally like reverse harem but her self righteous double standards annoyed me, , ,) Also, even though she is extremely weak in the beginning, she doesn't think twice about challenging people levels above her and acts extremely arrogant about it. They let her off eventually due to some master taking her in as a disciple or some high leveled person sticking up for her. She resolved to get stronger and constantly is like "I have to get stronger! Stronger!" But I legit do not see her taking action to do so. She keeps getting herself into situations when I wish she would just sit down, and at least put in a little effort to study, train, etc. Instead of her levels rising in the next few chapters without her doing anything, I would like to read about her effort, even if there's no struggle. Instead this girl just goes out, finds trouble, then realizes she's weak and needs to get stronger, and then the whole cycle starts over again. <<less
1 Likes · Like Permalink | Report
Leave a Review (Guidelines)
You must be logged in to rate and post a review. Register an account to get started.

Dawn Weaver – A tale of...
Advertisement