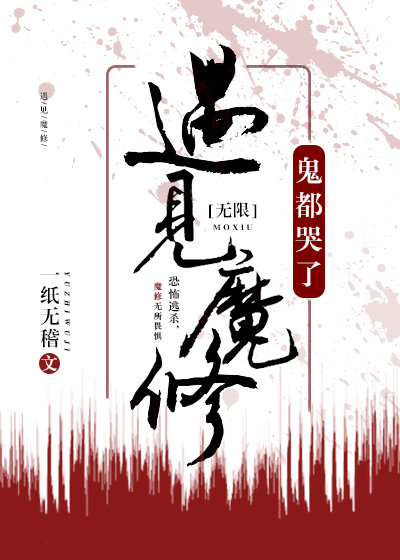 One entry per line
一纸无稽

Status in Country of Origin. One entry per line
183 Chapters (Completed)

Transmigrated-into-another-world-three-good-citizen Gu Xizhou, in order to survive, became a demonic cultivator. No matter how bad or evil, he adapted.

But then…but then he transmigrated back.

The returned Gu Xizhou was very angry. The student that offered his body in order to resurrect him had used a formation that was purposed for summoning evil spirits. He, Gu Xizhou, prior to transmigration was a law-abiding citizen that upheld core socialist values, a three good citizen representative. So how come after transmigrating and coming back, he had become a heinous malicious spirit?!

In each and every one of the spirit worlds, the ghosts and spirits originally lived a Heaven is first and I am second kind of happy lifestyle, that is until in the unlimited spirit mission worlds, inexplicably and out of nowhere came a demonic cultivator.

The ghost and spirits: QAQ

One entry per line
遇见魔修，神都哭了[无限]

These are recommendation lists which contains Meeting A Demonic Cultivator, Even God Cries. You should give them a visit if you're looking for similar novels to read. Alternatively, you can also create your own list.
More Lists >>>

This is a great read so far. The MC was an upstanding citizen in modern day world when he was transmigrated into a wuxia world where he became a demonic sect leader. Then, a hundred years later, he was brought back to his world but it wasn't his world, it was a spirit world. The MC didn't get any memories of the body he was using. The ML is really smart but ge thinks that the MC is either crazy or a ghost. It's a really cute story but it... more>> focuses on the plot too. It's not all fluff. <<less
1 Likes · Like Permalink | Report

the MC is fun and a little schizophrenic, you never know what his personality will be from chapter to chapter; ruthless devil cultivator, dogged police officer, playful child. the ML is super smart, devastatingly handsome, hyper-competent at everything and, of course, rich. despite some gore and some complex looks at human nature in all its ugliness via the MC cases, the first part was really good; nicely paced tension with moments of reflection, humor and friendship. that lasted until around the 11th copy when things started to get... complex. ... more>>
Spoiler

it was irritating when they started bringing in gods and fate, trips into the past which changes the present, false memories, phased reality, and so on.

the MTL was really easy to read up until that 11th copy, then it started to get confusing and the end was not what I expected. the first half and second half could almost be two separate stories with the same MC/ML. the first focused on the game and solving crimes and the second focused on the MC and ML's fate and identities, the MC's past, etc.. it lost all it's humor in the second half, especially towards the end, and now I'm completely confused about why he thought he was a demonic cultivator, though it's very possible I missed it in the MTL confusion.

[collapse]
I will certainly read the translated version because I had a LOT of confusion and questions about the second half/ end of the story and it left me feeling somewhat unhappy. this is really more of a 3.5 (it was a 4.5 until the 11th copy happened), but since there are no half points here I rounded up. <<less
7 Likes · Like Permalink | Report

4/5 I love it but the ending had a few shortcomings. To start of, I've been more invested in mystery novels, and reading this one has been a wild ride for me, the characters appear to have their own unique qualities which I really like and the story isn't always what it seems to be like what I first thought of. Throughout the novel, the pace has always been slow and steady which I really like, and I was really impressed cause at first I thought the author left a lot of plot... more>> points hanging but as I read it again for the second I started to notice that it was there all along. (Though author-san left some plot points that I still question to this day, but some question can be left unanswered right ?) Most importantly, I love how the ending went, its bitter sweet actually, my main cp is still together and everyone got a happily ever after but I kind of wish there was still more that could have been explored. <<less
2 Likes · Like Permalink | Report

Ahh.. This was awesome.😆😆😆 The plot was very well written, the MC and ML's interaction with each other was so fun, and the side characters themselves were not bad. The mini plots in those mission worlds are just.... 😌😌😌 A very worthy read.😍😍😍
Spoiler

the MC beats ghosts, lives with a ghost and saves ghosts

the MC is very jealous of the evil capatilists.. aka the ml😂😂😂

4.5/5 Mystery, detective, supernatural, slow-paced, comedic, good read. The novel is a combination of an instance game and a detective story, the author would write one after the other. Interactions with the gong are usually in the instance. (So far) Romance is slow and has not begun yet even at ch 77, although, there are hints here and there that the gong is interested in the shou. ... more>>
Spoiler

So far, MC's role as a transmigrated demonic cultivator is really underplayed and serves little purpose other than to give an excuse of him being able to beat ghosts or have fundamental knowledge about ghosts.