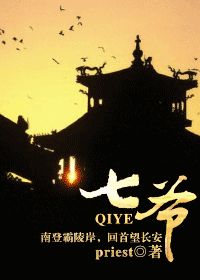 Status in Country of Origin. One entry per line
78 Chapters (Complete)

Waking up again in his seventh reincarnation, prince Jing Beiyuan found himself back in time, when everything had yet to be set in motion. Having been given a second chance, Beiyuan had to survive court and decide whether it was finally time for him to let go of his feelings; all while trying to handle the youthful, innocent force of nature who had suddenly barged into his already complicated life.

One entry per line
七爷

These are recommendation lists which contains Lord Seventh. You should give them a visit if you're looking for similar novels to read. Alternatively, you can also create your own list.
More Lists >>>

Rebirth, unrequited love? Politics? MC already has gone through several reincarnations already but that's not what the story is about. What's important is that this is his seventh reincarnation, and with it he goes back in time, to his very first life. ... more>>
Spoiler

The MC, Jing Beiyuan, had the worst luck in that the one he was destined to be with for 7 lifetimes instead became his enemy, not his lover. Then he had 5 miserable lifetimes after that trying to get close to him, before essentially giving up and trying to drink from the river of forgetfulness but that didn't work out either. Now the story starts with the seventh and last life, and, he has complicated feelings? He claims all he wants now is a peaceful life, but, it seems he can't escape royal intrigues, and, he's trying to decide whether it's time to let go of his feelings

[collapse]
The translation is very, very well done, which is fortunate as there seems to be a lot of references to Chinese mythology that might be confusing if all you've read (as I have) is the MTL. And also lots of political drama, which a good translation is absolutely necessary so you don't get lost (as I have) just by reading the MTL. <<less
9 Likes · Like Permalink | Report

4.5 stars! I liked the set up of the story but my limited Chinese prevented me from truly appreciating the court intrigue (sadly). I did enjoy the flow of the story and the build up. I really like the relationship between MC and ML. It's a good slow burn that started off as friends. I would appreciate more details about ... more>>
Spoiler

link between "bai wuchang" who appeared in chapter 1 and ML. Or for MC to at least know the truth behind that??

[collapse]
One might think how do they get that HE being a MM couple in ancient China court setting? Well the author wraps it up very nicely and in a believable manner. I also liked the side characters and one of them is even the MC of author's other novel. This novel is the prequel and that novel is the sequel. They don't have to be read to understand each other but it's nice to see the link. Overall an enjoyable read. <<less
3 Likes · Like Permalink | Report
Leave a Review (Guidelines)
You must be logged in to rate and post a review. Register an account to get started.