Novel Updates
RegisterLogin
Theme
Search
Your changes has been saved.
I Heard That I Am Poor

Home >
Novel >
I Heard That I Am Poor 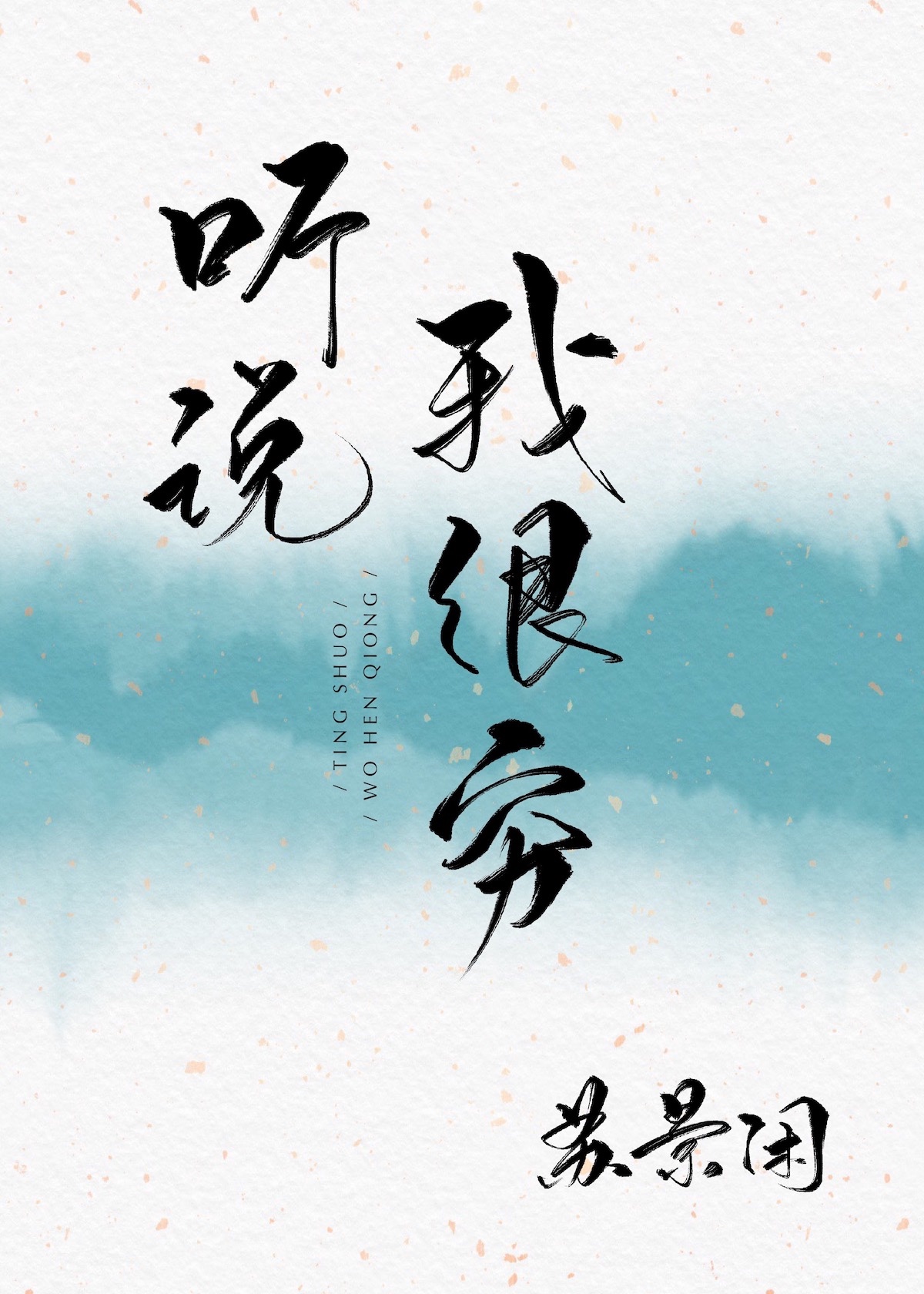 Status in Country of Origin. One entry per line
Complete (137 Chapters)

Cold tyrant lord President Xie You has a one ton heavy weibo focus on Yu Nian, the new singer. Yu Nian participated in a singing variety show and became popular overnight, and his singing voice was called the sound of nature.

Xie You: Oh, it must be a tuner, how could it be so good!

Yu Nian’s GIF with a smile while singing swept the whole internet and he was praised for his looks.

Xie You: Oh, must have been a plastic surgery, how could it be so beautiful!

A few months later, President Xie, the antifan leader, updated his Weibo: Hello everyone, we are together @YuNian

Sunspots & Netizens: Joking with us?

Yu Nian was invited to be a guest on a treasure appraisal program. Yu Nian only glanced at it and concluded that an ancient painting worth 70 million yuan was fake.

After the show was broadcast, many netizens started the group mocking mode. They were addicted to mocking Yu Nian crazily, looking forward to slapping him in the face.

When Xie You knew: “No, no, no, NianNian, listen to me, this time it really wasn’t me who brought the water army!”

Soon after, Yu Nian’s life experience was picked up…

After all the netizens had fallen silent, they entered the collapse mode: “Painting is indeed false, because the authentic one has been in his house for three hundred years!”

“The point is, this is the same person who can not afford to takeout, why are you so good? Been trained, trained, trained – do we still have a chance to call you laoji?”

These are recommendation lists which contains I Heard That I Am Poor. You should give them a visit if you're looking for similar novels to read. Alternatively, you can also create your own list.
More Lists >>>

this is one of the few times the "shy, pure, and innocent" label fell on the ML (gong) rather than the MC, which was different (his IQ dipped distressingly low for a while there and I almost dropped it). Of course, the ML is still overbearing, cold and taciturn in the rest of his life but at least this one isn't suffering from "a cleansing habit" like most of them. the MC is clever and knows what he wants. Each time he's blacked (and he's blacked A LOT), there is face-slapping... more>> in the next 1-2 chapters. I like how the ML and MC progressed and that any misunderstanding were cleared up quickly and not left to fester for 50 or more chapters. The way the ML handled his guilt from 'blacking' the MC was pretty funny, too. this isn't a melodrama; there were many diabetic-inducing moments and I enjoyed it for what it was. The MC isn't so OP that it's boring and the face-slapping is good. The ML is interesting and has a lot of character growth as they both grow as a couple and face things together. the preservation and repatriation of cultural artifacts is right and necessary, but the author does tend to go on and on and over and over again, talking about how wonderful China is to the point where I started to wonder who they were trying to convince. If not for the constant heightened nationalism and blatant political propaganda this would be a 4.5, as it is, it's a 4. <<less
4 Likes · Like Permalink | Report

The MC is really educated and is brought up well. Whereas the ML is OOC in the first few chapters. Only when ML's greedy relatives stare at MC did the ML lay low. After a few chapters, the ML came into his chara (oppressed by relative and couldn't pursue the person he likes) and I eventually get to like him. I'm just wondering why is her mother not his weakness, and only MC is?? A little boring near end so will probably drop
3 Likes · Like Permalink | Report

This novel gives me life! Yu Nian and Xie You are just so perfect for each other. I have zero complaints whatsoever.
It doesn’t have any unnecessary angst and is so fluffy. Every chapter makes me happy and I pray that it would be translated completely and uploaded fast enough. I can’t wait!
2 Likes · Like Permalink | Report

the main framework of this novel is actually good but when it is extended it is not good. There are absolutely no difficulties experienced by the MCs all solved in the same chapter. And why is there always so many people rushing to the MC? Lots of plot holes and untidy cut scenes. And the author is so unfair! Why did the MCs go through so much misfortune ?! His mother died when he was born and did not experience parental love, his grandparents died and he met his father... more>> but his father was dying and died. Please make sense! Why does he only feel sad for only a few moments? Actually I want to give 3 stars, but because I like the ML character, I was forgiven. <<less
2 Likes · Like Permalink | Report

the novel is a very light read, so for those who are looking for something with exciting and blood-boiling moments this is not it. Its just a relaxing read about how a young adult decides to join the entertainment industry as a way to make quick money not to mention that singing seems to be a hobby so it was a plus. In the very first chapter or so we can see that he was attracted by the ML's looks and they slowly develop into a relationship. Tbh the best... more>> thing about this novel for me was the ML really, his story, his character and just how he loves the MC. i dont really have much to say about this. Its not particularly memorable or hilarious, its just easy going with a bit of sweetness. <<less
0 Likes · Like Permalink | Report
Leave a Review (Guidelines)
You must be logged in to rate and post a review. Register an account to get started.

Reincarnated as a Sheep – Path...