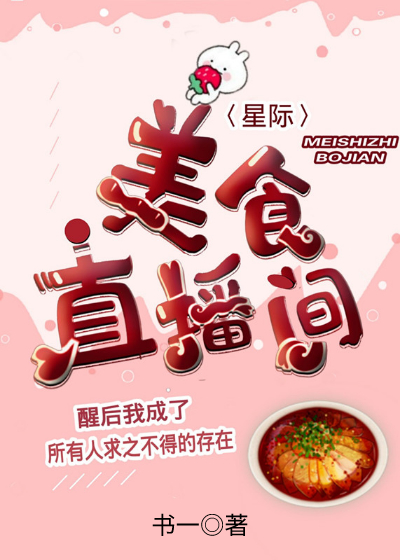 Status in Country of Origin. One entry per line
149 Chapters + 18 Extra (Completed)

After being awakened, Su Yemu transmigrated from being a chef of the imperial kitchen to a fool. He refused to follow his heart, until then he had no choice but to live stream himself cooking in order to make a living.

Generals full of energy said: drinking a bowl of soup is a hundred times better than sleeping in a healing capsule.

A group of historians, archaeologists, and biologists expressed: I’ll take this man.

The Federation and the Empire competed to say: This man is a citizen of my Empire (Federal).

Marshal He glanced around : Who dares to touch my man.

I woke up and became the existence that everyone wanted.

One entry per line
美食直播间[星际]

These are recommendation lists which contains Gourmet Live Room. You should give them a visit if you're looking for similar novels to read. Alternatively, you can also create your own list.
More Lists >>>

The mtl of the story is actually quite readable so I manage to read up ahead. So far the the story's not bad though there are certain things that I wish that the author could give more focus on. ... more>>
Spoiler

Minus one star for the ml. As far as mls go he's fine but the fact that the MC is considered a minor when he transmigrates makes things really sus. In the future due to longer life spans, people are considered adults only at the age of 25. The MC is 23 while the ML claims to be 92 (we don't know if that really is his age, he could be older). When someone points out this age gap to the ml, he said that back in the past people were considered adult s at 18, so it's ok. No, NO!

That like saying that back then 12 year olds were considered adults, so by logic it's ok if I, a 30 year old man, date a twelve year old! Not only that, the ML treats the MC like a kid by hiding information from him and even at one point spanking him. It just leaves horrible taste in my mouth. I know that the MC is a grown up, but the fact that the ML simultaneously treats and sees him like a kid while thinking how much he wants to bang him is just wrong.

I am looking forward to reading this. It seems extremely similar to other cooking yaoi transmigration novels that I've read. But I also love that genre. So I don't mind too much. Hopefully there are some fresh ideas in this one.
4 Likes · Like Permalink | Report

The story is good so far but I can't find the place to Mtl it so I'm very frustrated. T^T aside from that even though i've only read 5 chapters I really like Xiao nan because she took care of her 23 year old fool brother despite only being 12. According to the rules there Su Yemu is still underaged because adulthood is when you turn 25 so I just hope that he grows 2 years before they get to together or something. It's apparently tagged Mpreg on foxaholic and... more>> not this page so I'm a bit confused. I hope to find the mtl for this. edit: Y'all Ive found the mtl within a minute after I posted this <<less
1 Likes · Like Permalink | Report

I actually cried at the first chapter. Because Xiaonan is only 12 and she did everything just to take care of her brother. While her brother has fats she has bones. 🥲 I wasn't expecting the gong would be him. 😂 Im at chapter 80, What if the inside of the pendant was just a picture of the emperors lover or the general he's lover? 🤔😂 I have the same reaction when MC roasted a lamb (not grilled, but by turning) because we only eat it when its Christmas 🥲🤤🤤🤤🤤
Spoiler

is it just me or MC is reckless and doesn't know that he can be killed anytime. He should be thankful that he got a protagonist halo.

Like, when someone save him. He tried to run away from his savior. (Yeah, that time when ML saved MC - their first meeting).

In the ship, you know what happened.

When ML said that he should stay in his home planet instead of going to empire because it has lots of conspiracy. But MC returned to the empire resulting to house arrest.

Then, when he became a chief executive? Owner of his home planet. He didnt bring guards and just used mask and glasses (which he always use) resulting to being kidnapped. 🤬 He even poisoned the leader of the star thief in front of the pirates. Bro, be grateful that they just panicked instead of torturing you. Now, im upset since (one of the novel that I read) one of the MC of some novel that I read was tortured resulting to losing that MCs voice forever. 🤬🤬

His master (in the first chapter) was right. MC only has 2 brain cells.
Is it just me who was upset with MC and ML in chapter 90-94? Maybe just me because I've read lots of white lotus, green tea, and those so called innocent bij with their so called ML. Hehe

MC, who has been kidnapped Nth times and lots of people (rescue team) getting injured because of enemy attacking MC : "let those people (attendants/soldier) disband I'm not used to being serve. 🤡" Yeah, he thinks like this because SPOILER ALERT!!!!

He still doesn't have his intelligence as the emperor.

I enjoyed reading this story. ヾ (@^▽^@) ノ I just don't like the recklessness of MC. There are many unexpected events that made the novel more interesting, the development of the story is really unexpected. ♡´･ᴗ･`♡ I just hope there are extras.. P.s. I read the story for the 2nd time and it made me cry again.. Bittersweet indeed (ó㉨ò)
0 Likes · Like Permalink | Report
Leave a Review (Guidelines)
You must be logged in to rate and post a review. Register an account to get started.