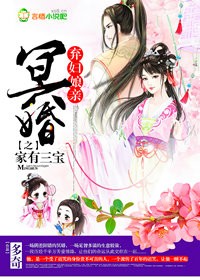 Status in Country of Origin. One entry per line
2900 Chapters (Completed)

~She is a waste daughter from the Su family that couldn’t cultivate. On the day before her wedding, the Third Prince breaks off their engagement in the street. Her own sister replaces her in the marriage to the Third Prince. She became the center of gossiping in the city. In her resentment, she hits herself on the Su Family’s gate, only to become the object of other people’s ghost marriage.

She, Su Zimo, open her eyes to find herself sleeping in a coffin. It’s not to surprising seeing as she put herself here (hit head on gate), but why is there another person lying beside her? And whats more they are wearing red wedding clothes. After taking all this in she almost faints.

~He, is a cursed person with an indescribable status. This curse that has been passed down in his family for centuries is now effecting him.

A mistaken ghost marriage, a battle in business, and a long period of painstaking love, made their fate intertwined.

One entry per line
冥婚，弃妇娘亲之家有三宝

These are recommendation lists which contains Ghost Marriage, the Abandoned Wife Has Three Treasures. You should give them a visit if you're looking for similar novels to read. Alternatively, you can also create your own list.
More Lists >>>

So... she's raped by the male lead, and then they get together because r*pe is just 'OOPS! My bad!' Oh HELL NO! Rated one for continuing a deeply offensive and unforgivable trope. I don't care if it the ML is conveniently turned into an ethically blameless rapist by the author or not. It's still disgusting and every single author who uses this device should be deeply ashamed of themselves. You know why it's always removed from the anime versions? Because it SHOULDN'T EFFIN' BE THERE.
21 Likes · Like Permalink | Report

The ML and FL wake up in a coffin together. The ml's parents are desperate to break a family curse and perform a marriage ceremony and shove the unconscious ML & FL into a coffin. Neither main character gets asked their opinion or permission. Yes it's a bit contrived that the upset FL flails about when distressed on waking up in a coffin next to a stranger and in a different era, conveniently knocking a bottle of potent aphrodisiac onto the ml, but it means that she gets to have cute... more>> kids with her when after running away, telling the ML what just what she thinks of him saying the s*x was an "accident", falling off a cliff and disappearing from his life for 6 years! (Longest sentence ever, sorry.) Truly think the parents are more at fault than the ML (as well as whoever put the aphrodisiac in the tomb when they all thought the FL was dead...o.O) Just wanted to say this isn't like all the a**hole, arrogant, attractive douchebag ML stories that start with rape. <<less
8 Likes · Like Permalink | Report

Sooooo the beginning was somewhat different from your usual reincarnation, then
Spoiler

[collapse]
. After this happens he seems a bit infatuated, she is of course in shock and I am done with this novel.
8 Likes · Like Permalink | Report

Awww man. I really wanted to like this one. I am so freakin disappointed. Romance, Childcare, Martial Arts, with a female protagonist are so hard to find together so I was really excited when I spotted it. The story seemed to have most of the tags I could only dream of being together. The summary (of which I've altered to make more sense) had me hooked but when I started to read I was quickly disappointed. It felt like the book itself was a summary. I wasn't able to make it... more>> very far before I couldn't handle it anymore. The characters felt 2D at best.
Spoiler

The children basically just appear and are OP off the bat. The MC isn't really fleshed out well herself and that's a big no no for any book. That's our main lead for Pete's sake! Normally I love when the MC has children to take care of but in this case there was no "care" to speak of. She doesn't give off motherly feels, at best she feels like these 2D children's aunt. The author is busy boasting about the children's abilities rather than their personality's. The children don't feel warm at all. Really poorly written

[collapse]
The "plot" jumps around WAY to fast with very little detail or explanation put into things. Honestly feels like I'm reading something a 15 year old girl wrote with how fast paced, none thoughtful, and uncaring this is. Seems all the care was thrown into writing about how good looking the male characters are (and even this was poorly done) or writing about how powerful these 2D characters are... like a flower in cow dung this all was. No matter how powerful or good looking they are it means nothing if the character can't even be liked thanks to not having personality. My little cactus has more vitality than these characters... The translations themselves are not very good but that maybe because of how poorly written the story is so I'll give em credit. Overall: Plot - Bad Characters: Bad Translations: Bad (maybe because the story is bad it can't be helped?) The only reason I gave this two stars was because I didn't finish it and would like to think that maybe it got better further in and I just didn't make it far enough. From what I read to though it was a.5 yes... a.5 and that is me being nice. <<less
7 Likes · Like Permalink | Report

The r*pe part makes me iffy cause why not use the somehow common trope of almost all cnovels?? I just hope the MC gives a really hard time to the ML for that 'oopsy' r*pe (and so far I like that ... more>>
Spoiler

she actually sabotaged his family's business. I mean, who wouldn't be vengeful; got jilted, shoved in a coffin for a ghost marriage, got r*pe due to some stupidity who conveniently put aphro in a coffin/tomb, the rapist tried to pass it off as an 'oopsy' then fell off a cliff where the ML could actually warned her if he quit monologuing & I half expected that he actually practices qinggong (sp?) and actually saves her when she falls??but no he stood at the cliff just wondering wtheck just happened-at which I actually could relate🤣 (d*mn I questioning the logics in a novel🤦‍♂️)

[collapse]
I think MC's reaction is quite good, compared to most modern-transmigrated-women who then would somehow dismissed the assault done to em In The Name Of Love Even if they will end up together, I hope it will be far off in the chapters... and the kids gave the ML a hard time due to what happened. (yes I know the ML's family is at fault but still)
Spoiler

and it seems that there's a backstory on the treatment of the MC in her family, her cultivation spots are blocked, might be foul-play

[collapse]
The translation is clear, just some minor logistics in wordings but I could replaced those in my mind as I read so no prob at all So yeah TL:DR <<less
4 Likes · Like Permalink | Report

So in an ancient parallel world, a ghost marriage is done with a 3-day dead prodigal son and a discarded, sold, near-dead victim. But in a twist : it is unusual with a shaman/sorcerer doing a special ceremony for the dead man to nosh on the departing soul of the bride (which later we find is special because of tragic cycle of rebirths) to shore up his half soul and partially break his family curse (which would equal favors owed to the ones who 'saved' him) The coffin is set... more>> in a tomb, man is prepped and ready to be redeemed to life as soon as he absorbs the other soul and is given a special poison. But a snafu! A wandering 1/2 soul is sucked into the sacrifice body. She is 21st century and PISSED. The potion is given via a murphy law meets McGuffin. It has an aphrodisiac as an ingredient. Voila! The red string is strangling the leads. Dude is sorry soon as he is sober, the girl is "n fkn way! I'm calling the police!" Falls of a cliff while fleeing in confusion. And so it starts. (He also is a perfect example of men like carpets-lay them down right the first time-walk on them for life) Man that trope, specially in cln's. I would be TERRIFIED to transmigrate somewhere that a mere spanish fly is so powerful. Poisons would be lethal always! Fear eating and drinking any and everything not prepared by my own hand after catching or reaping myself!!!! That and Gu worms. Yep! Soon as I find out there is any magic, aphrodisiacs, or Magic beasts? I am becoming a hikikomori in that world! <<less
3 Likes · Like Permalink | Report

Love this story so far. Female lead got used in the ghost marriage ceremony to revive ML from death. ML consumed some aphrodisiac and lost his reason, resulting in getting female protagonist pregnant with triplets. He thought that she died that day because of him and felt very guilty about it. Once he finds out that she is still alive it's very sweet how ML tries hard to make it up to the female lead and the triplets for all the grievances they have suffered.
1 Likes · Like Permalink | Report
Leave a Review (Guidelines)
You must be logged in to rate and post a review. Register an account to get started.

Tale of the Legendary Emperor

The Foodie's Love Life Shouldn't Be