Novel Updates
RegisterLogin
Theme
Search
Your changes has been saved.
Advertisements
First Immortal of the Sword 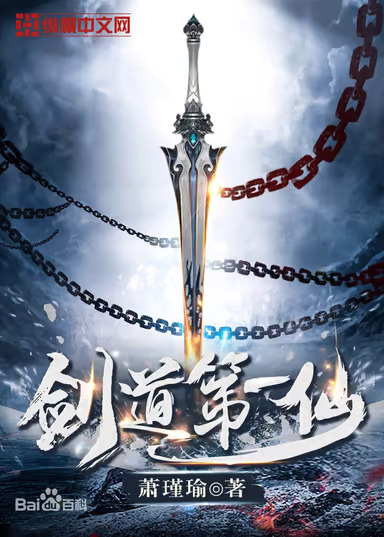 Status in Country of Origin. One entry per line
2152 chapters (ongoing)

Su Yi, the glorious ‘Master of Ten Thousand Daos’ reigns supreme over the Nine Provinces of the Wilds. Whatever he desires—be it wealth, power, or women—is at his fingertips. Despite this, when he realizes he’s reached his limit, he chooses to reincarnate in pursuit of greater heights.

In the last moments before his death, he watches as everyone he trusts turns on him for the sake of treasure, and his disillusioned spirit vows revenge.

Now, five hundred years later, Su Yi is back, but as a crippled live-in son-in-law and local laughingstock; his current situation is a far cry from his former glory. Thus begins a journey back to the top, starting from the very bottom…

These are recommendation lists which contains First Immortal of the Sword. You should give them a visit if you're looking for similar novels to read. Alternatively, you can also create your own list.
N/A

From the same author of Talisman Emperor. It's about a powerhouse who died and reincarnated into a tr*sh, with the usual ingredients: from genius to tr*sh due to mysterious circumstance, engagement to a genius beauty with a disapproving family, hostile family members due to clan politics, unexplainable OP-ness where even as rank one the MC can beat a grandmaster, and so on. ... more>>
Spoiler

Did you read Talisman Emperor? I did. It was mediocre but I finished it. This one is worse than TE. In TE the MC was mostly an emotionless cold fish, except for a few occasions where his family or sect brothers and sisters are involved.

The MC in this novel is even worse, he's a "Fallen Immortal" and shown even less emotions since he basically has no attachment. I kept waiting for his family revenge arc, since that's probably where he's going to show his human side, but the author is too busy throwing slapable young masters and mistress at the MC instead of moving the plot forward. Oh, the young masters... so many young masters.

There are so many stories to tell but the author is more interested in word count. Also the MC's sycophants are giving me second hand embarrassment. Too much d*ck stroking.

It would have been interesting if the MC actually gained his humanity back and became a real person again, you know learning how to joke around, laugh, cry, feeling greed and jealousy and so on. Great opportunity for character development. But no, he still act the same when he was a big shot and the only emotion he gained apparently is righteous indignation.

That makes the MC doesn't feel like a living breathing human. Immortality is not a personality! Shii even the gods and demons in Chinese myths still retain their personalities, so why did these modern Xianxia and Xuanhuan authors think that immortality = no emotions, cold and aloof?

I'm not trying to be overly negative, here. This might become amazing later on, after the plot is moving forward. But it takes too long and I'm not waiting. On hold for a while, might read again later.

PS: I noticed that many fellow readers often refer the MC as murder hobo and his murderous hobo adventure, which is actually quite accurate. It's curious how an 108.000 year old man apparently only know how to solve problems using violence and massacre. The author actually tried to reason this by... you've guessed it, "dao heart" or some shit.

I’ve always wanted to see what would happen if my MC dealt with their antagonists decisively instead of giving them endless chances and I was given that with this novel. any one who gave our MC troubles was dealt with immediately. He doesn’t believe in letting people live to cause trouble down the line. Now this all good and dandy but after reading over 500 chapters of this even I’m tired of the OP ness.. I’m tired of seeing countless of cannon fodder die. At this point I’m looking forward... more>> to seeing him defeated or at least stop killing people. The highest tension of the story was when he was going to go challenge his father. After the Su Clan drama was resolved, the story’s just dragging along... there’s the dark restrictions drama that’s yet to happen but all I can think of is if he kills all the strong ppl, who’ll be there to help defend azure continent once we get to there. 😮‍💨 but it is a fun story. The MC is like able and I don’t mind the harem <<less
0 Likes · Like Permalink | Report

Let me say this in the beginning - this is a junk-food type novel. That means it has young masters, jade beauties, "Junior, you dare?!", and all the other bullshit. However, in my opinion, this novel is the best of its type. This is due to one major reason - the MC. He is the best thing in this novel and the best of all the cultivation-type novel MCs. If I had to describe him, he is the better version of Li Qiye from Emperor's Domination without all that long-winded... more>> unnecessary crap. Also, the fact that other people do not underestimate him too much and there are actually people who are not jade-beauties who think he is special may add to this novel's charm. As he was the strongest in his world before he reincarnated, there are people who will recognize his past identity, again similar to Li Qiye. <<less
3 Likes · Like Permalink | Report

It's a great novel. While a bit generic, the characters have their own personality and aren't just puppets. The side characters aren't blind, fearless idiots. The MC isn't a murder hobo that kills for looking at him. He acts like you would expect an old monster that has seen everything would. Also he isn't suddenly interested in teenage girls that haven't lived even a fraction of his life. This novel has a lot of potential, I hope it continues to be this good.
3 Likes · Like Permalink | Report

At first it seemed interesting, but what basically kept me reading the novel was how the MC was going to deal with his arranged marriage. After that I could not be bothered to continue reading it. The translation quality is really good btw, so that's a plus to read this. But what really bothers me about this novel is that the powerhouses of the world understimate this dude waay too much, every new young master he faces or new sect continues underestimating him again and again. At first it's okay but... more>> when every arc consist of the same. MC encounters young master, young master underestimates him, young master dies. Father of young master underestimates him, dies.... Rinse and repeat. This novel is really similar to ED (Emperor's domination) Just that ED was much more interesting in terms of worldbuilding and misteries. This novel is really, really generic which little to nothing to look forward to. If you like MC slapping Ignorant kid asses then this novel may be for you, it's a junk novel. You can read it then drop it, but beware that there's nothing interesting other than MC getting revenge and his dealing with his waifus. I gave it 3/5 because while it was certainly not a good novel, it's not that bad either. It's just that it clearly has nothing good going for it, other than wish fullfilment. <<less
2 Likes · Like Permalink | Report
Advertisements
Leave a Review (Guidelines)
You must be logged in to rate and post a review. Register an account to get started.

Key to the Void: A self-made...
Advertisements