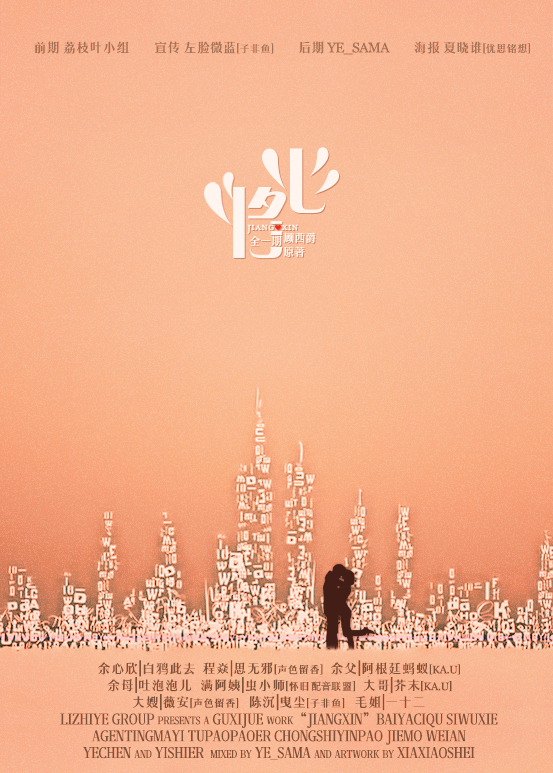 An adorable short story, a bit too short but still very sweet and funny, about childhood friends.

One entry per line
Checkmate Your Heart
将心

These are recommendation lists which contains Checkmate Your Heart. You should give them a visit if you're looking for similar novels to read. Alternatively, you can also create your own list.
More Lists >>>

The story rises with the FL being twenty-five years old who is forced by her own mother to go on numerous blind dates, while FL in the house is trying to make an excuse to go to work, her mother tells that neighborhood Aunt will come with her own nephew in some time, then they come and FL is made to stay. The thing is, it tells from FL's memory that FL confessed to the nephew, which is the ML, and was rejected by ML, but then he comes with his aunt and wants to marry ML, the problem is that it doesn't tell the reason there. After FL being called on the phone by ML numerous times, she gives in to a restaurant to "talk". Cause FL says in her mind, not accurately from me but you'll get the meaning: "hmph, I'm not afraid of you, I'll eat you", FL told maybe as a joke that she will eat him, and at the restaurant, the FL drinks wine, ML told her that she drinks too much, but didn't stop her hands (t.t=rip), and the FL being drunk asks the ML why did he come back or why did he want to marry her, and even asked the ML why did he refuse her while being drunk, the answer isn't clearly answered, and at a hotel (the description of the world isn't detailed that much, just that they went at a restaurant, maybe restaurant+hotel in one building) they had ***. I was shocked, honestly, really shocked about the ML being a beast and cornering FL like this, though it is FL's fault too, you made that mistake become even higher?... they weren't even married to do this, ML clearly out of character by the author. So I gave up on the novel, I just didn't want to swallow this sh##. It's the beliefs too from Korea and China about females really, being forcibly influenced the female or FLs most of the time to get married, ok blind dates aren't that bad, most of the time it's for convenience to each other... I'm surprised that I am not the only one who gave 1 star, 8 others too, their opinion was thought logically and broadminded.

Childhood friends, then in their teenager days, FL confessed to ML. But ML rejected her. After that, FL always thought ML is dislike her.

When they already adult, suddenly ML (whose came back from aboard) said he will married FL.

[collapse]
This is a sweet story for your craving of sweetness. I love this kind of story. ? Btw, I want to read how their child will looks like... Ok, my hopes would never be fulfilled
1 Likes · Like Permalink | Report

A short story of childhood sweet hearts. The girl MC confessed but the guy rejected her. The Years later the guy came back to pursue the girl. The Male MC is admiring though but a bit annoying since he didn't really clarify anything to the girl until the girl asked him herself after they got married.
1 Likes · Like Permalink | Report

Its good. Since its a radio drama, I bet this wouldve been ten times grande listening to Xins distress over her ten year love for Yang. Things are quite clear with this story. Not to mention that it feels like the idiot-x-smart type of couple, which for me is a downer but eh it works if it works. Dont be fooled by its format. Give it a read, slow if you want to, and absorb the scenarios. Its quite sweet and spicy, in a wholesome way.
0 Likes · Like Permalink | Report

this is full of fluffiness.. Although the MC confessed first, ML though lacks the talk and do the actions though XD it causes some misunderstandings with our MC.
0 Likes · Like Permalink | Report
Advertisements
Leave a Review (Guidelines)
You must be logged in to rate and post a review. Register an account to get started.