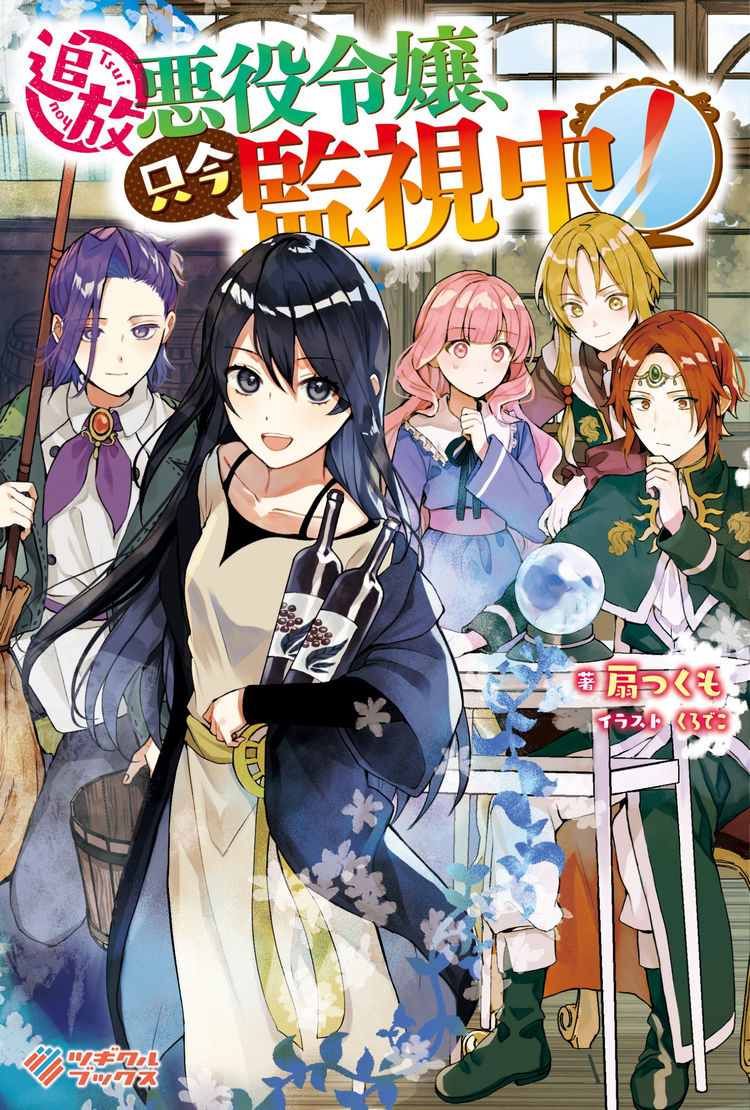 Status in Country of Origin. One entry per line
211 WN Chapters (Ongoing)

Prince Leddorio had annulled his engagement with Chloe Sereknight, and had her banished for the harassment of the Saintess, Momo Palette. Not expecting her to just yield easily, he had sent a spy to observe her for any attempts to take revenge on his beloved Momo.

However, what awaited them was only bewilderment as the banished ‘Villainess’ shows her true colors.

These are recommendation lists which contains Banished Villainess – Under Observation!. You should give them a visit if you're looking for similar novels to read. Alternatively, you can also create your own list.
More Lists >>>

I honestly think this is not particularly good but not bad either, it catches my attention sufficiently and doesn't have an overly annoying MC who only has flowers for brains. The premise was interesting enough and while there are plot holes and stuff it didn't seem overly forced. I like the MC and how the story doesn't seem to have the MC ending up with her previous engaged partner.
1 Likes · Like Permalink | Report

Can we have a story where the "antagonists" aren't dumb as bricks? Can we also have an author who doesn't resort to... more>>
Spoiler

[collapse]
as a plot device? A banished villainess premise isn't new, but it could be great if the reader learns more about the reasons that led to her banishment. Trying to find out whether or not she was a villain, or whether the "saintess" is actually good is the whole draw to this premise. The author doesn't even manage to do that correctly. First off, the whole "observation" premise is already pushing the borders of belief. The "antagonist" male leads give a magical camera lens to the butler of the exiled villainess, and they spend all their time watching from a peanut gallery while she does actual work during exile. Why would you spend all of your time observing someone you hate? Don't you have something more important to do? And even we can move pass the whole observation part, why are all the male leads are idiots? Being infatuated with the "saintess" is one thing, but being dumb and incapable of critical thinking is another. All they do while observing is bash the female lead and praise the "saintess". If the female lead does something good, it's a clean sign that she's just faking it. If something bad happens, it's her fault. This type of black/white two dimensional characterization shows that the author cannot write any convincing characters at all -- because if they're so dumb in the first place, why would the female lead fall in love with them? Then we move onto the part where I drop the story completely: the ex-fiance orders the butler to
Spoiler

r*pe the female lead. IS THIS SWORD ART ONLINE WHERE ALL YOU CAN DO IS WRITE DUMB VILLAINS WHO CAN ONLY USE r*pe TO BE EVIL?

[collapse]
Not only can the author write good antagonists, but they have to be the laziest and most stereotypical type. Why would the saintess even love such a bunch of pricks? <<less
12 Likes · Like Permalink | Report

So far the characters, interactions and translations have been exemplary in quality with the mystery of what exactly is going on with the villainess herself drawing me in. I'm not certain why there are two less than great reviews of what's shaping up to be a good story.
Spoiler

Personally I think that the villainess has just been switched out and that's why she's acting so bizarrely but this could've been her plan from the beginning.

I honestly like the premise. The relationships seems complex enough which is pretty much what I really read Villainess novels for. Not much far enough to give an accurate rating but what can I say so far is that it's not your typical villainess otome game "modded" story in which they literally just replace the heroine with villainess and it's still the same reverse harem bs ... more>>
Spoiler

By the looks of it, the setting seems to be that a person transmigrated to the villainess Chloe, or something along the lines of that, and the story is being told from another character's perspective, specifically that of the crown prince.

This is a good story but what makes it great is how it's told. Rather than being like all of the other regressed villain stories, it tells the story from the perspective of someone watching what the villain is doing on a screen. This gives it a more unique viewpoint that seems to draw people in. This does make the chapters short but that seems to be an alright compromise. Also the translations are good and well done too. Thanks for them.
1 Likes · Like Permalink | Report

Chapters are very short and always a kind of cliffhanger, but its a good read. Its certainly a gem, but an unrefined unprocessed one. Raw if you will. The story is mostly told via the viewpoint of the protagonists enemies who are spying on her for the sake of their literal "female lead" as in leading them by their short middle legs. So far I like it if it turns out that they all get their comeuppance and die miserable bloody painful prolonged deaths I would LOVE it.
1 Likes · Like Permalink | Report

TLDR: Just really didn't pull me 2 stars. (Note that's the epilogue 150? Chapters in the rest is her pov which I am not going to read) Non Spoilers: The opening tries to throw everything it van at the reader, exile, disownment, sentenced to a convent (these are gender specific Japan), and having her father adopt the "heroine" as his daughter. Problem is none of it actually connects everything is a swing and a miss. She didn't seem to care and I didn't care at all.... more>> After that it's a tensionless grind. The MTL is mostly readable. So if you have nothing enjoyable to read this is better than a cereal box <<less
1 Likes · Like Permalink | Report

I like this story very much. I find it quick to the point so I don't get bored. The chapters are short with interactions that get the point across. The story follows Chloe after her banishment where she starts acting (assumingely) different from the other's expectations. The reason for this is not explained, but personally I think she was just faking her villainess act. ... more>>
Spoiler

The love interests and the ones who opposed Chloe are annoying though. They have seen Chloe's new personality but still think she's a pompous brat who mistreats everyone. They're automatic things to do is to is insult her whenever she does anything and compare her to the Saintess, Momo. Despite this, the crown prince and brother still have the audacity to feel possessive of her because they slightly showed their displeasure and discomfort learning that Chloe will call someone else brother/Chloe getting romantically interested in someone else. I honestly hope they stop being so stubborn, because the only one not roasting her alive is the crown prince's little brother who seems to harbour some sibling love to her, strengthening my theory of Chloe just acting like a villainess or that Momo framed her as a villainess. (Edit) The love interest boys in love with Momo get more annoying each chapter. They keep smothering Momo and spoiling her, excusing her duties and babying her in hopes of winning her over. They smother her when she's having an emotional time just because their worried her childhood friend would be a rival. On top of that, they (the brother, CP and servant) still feel the need to possess or own Chloe in some sort of twisted way to make her suffer as revenge. It's to the point where they would do anything to prevent Locke and Chloe's development together.

So far, Momo, the "heroine" seems fake. A few chapters trace back to her origins as a commoner, first starting when she first got to the academy. Chloe uses the fake name "Chaco Brown" which seems familiar. They trace it back to an old classmate of Chaco who was too a commoner and warns her that "such a evil lady dare use your name for personal benefit" though Chaco was honoured. It turns out they were in fact friends but had a huge falling out. Judging by Chaco's words, Momo only used her as intel and a cover before she got close to the love interests. The same is said for her childhood friend, Locke. She had made no notice nor indication of Locke's existence, and in fact seemed to abandon him as Locke practically begged Chloe for if she knew about Momo. On top of that, it seems that Momo may be selfish and want her own reverse harem as it is said that during the adoption process, Momo will have to say who she will marry which will be the outcome of her adoption, but surely she would have already chose by now. Momo seems extremely suspicious and my theory lands on Momo painting Chloe out to be the villainess. (Edit) Okay, so now reading some new chapters, I don't think Momo's necessarily evil, but rather dumb and docile. I think she seems more self righteous and thinks that she's doing the good thing and I guess doing what she thinks is best for Chloe even after her exile to make sure the kingdom's safe?? She's annoying like the male leads, but softer and only subtly insulting Chloe or whatever.

[collapse]
Overall, it intrigues me and I hope to see more! <<less
0 Likes · Like Permalink | Report
Advertisements
Leave a Review (Guidelines)
You must be logged in to rate and post a review. Register an account to get started.