Novel Updates
RegisterLogin
Theme
Search
Your changes has been saved.
A Sword of Frost

Home >
Novel >
A Sword of Frost 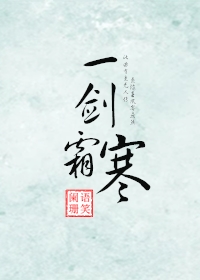 Status in Country of Origin. One entry per line
159 Chapters + 3 Extras (completed)

Rumours are circulating throughout the kingdom that Prince Xiao, Ji Yanran, is highly skilled in martial arts, possessing an elegant and refined bearing.

An esteemed royal descendant like this would definitely marry someone who is accomplished in the Four Arts, and proficient in cooking and preparing tea in the future.

Ordinary people simply have no chance.

Inside the Xiao Mansion.

On this day, Ji Yanran had caught the winter chill and was confined to his bed.

Yun Yifeng went to personally cook for him – rinsing the rice, picking fresh vegetables and brewing a pot of chicken soup.

A moment later, His Royal Highness Prince Xiao rushed over in spite of his illness. Head spinning and vision blurred, he asked in concern, “The servants all said that you were messing about in the kitchen. Yun’er, who are you trying to kill again?”

These are recommendation lists which contains A Sword of Frost. You should give them a visit if you're looking for similar novels to read. Alternatively, you can also create your own list.
More Lists >>>

This novel is really good. I read it twice, unfortunately the description of this novel is very bad, like any other by this author. MC is a sick person who spends most of his life in search of in kind of rare medicinal herb that is the only thing that can cure the poison in his body, ML takes advantage of this by deceiving MC with the sole intention of getting his help in finding the stolen relic. It's interesting how ML regrets this attitude after he and MC fall... more>> in love and become a very cute couple. Many thing happen, the story changes a lot, the romance here is secondary, but it becomes more and more interesting. The ending is a little sad, the extras are very good. Anyway I love this romance! <<less
16 Likes · Like Permalink | Report

I found this story by accident while receiving a comic email blast, I always believed that a novel that was made into a comic would have a unique value so I tried to read the novel first, and I wasn't disappointed. The author goes straight into the story without rambling. This is a story about detective and comedy, I am very curious feels like reading detective conan,
the comedy makes me laugh, it's so funny. This is a new story concept for me, the writer is good at bringing the atmosphere, makes... more>> me curious.. guessing and confused,
there are lots of tactics and plot twists, all well structured. Scene shifts are also neat, there are cases to solve in each chapter, all mysteries flow to one end, puzzle pieces that we must collect where the last piece turns out to be at the beginning of the story without us realized it CHAPTER I 1-25 Missing Relic
II 26-51 Xu Family 18 Villa
III 52-77 Secret Map of Zichuan
VI 78-105 Desert Witch
V 106-135 Wind and Cloud in Jiang Hu
VI 136-159 Southwest Ghost Shadow NOTE : I personally like the second chapter, I am very addicted to it and finished it in one day, honestly chapter two can be used as a whole new novel concept
CHARACTER in this story the main character doesn't fall in love right away, they grow slowly because they are dependent on each other at first a love that grows without you realizing it, when you realize everything is already hard to separate Yun Yifeng never felt love, always struggled alone and finally he felt cared by Ji Yanran, felt what family was and he was willing to give anything for this love Ji Yanran from childhood forced to be independent and persistent because of the state of the kingdom, always thinking about the interests of the country... and finally love grows slowly
because the sense of responsibility and guilt to Yun Yifeng develops into deep love SUPORTING CHARACTER I like the character Li jun who at first I thought the villain turned out to be a funny character and developed into a responsible character Jiang Ling Fei, Very cute and interesting characters, but who know there's a lot of mystery behind him Mu Cheng Xue, cool and very professional vegetarian killer with his favorite fat mink Lao Thai Fei, Ji Yanran mother, very open minded women in her era, full of love and so brave. She can accapted Yun Yifeng with Ji Yanran relationship and give Jiang Ling Fei love that he never know Li Jing a good and responsible emperor, unselfish and always thinking of solutions, without worrying about his own ego EXTRA there are 3 extras, in the second extra provides a little answer to the sadness at the end of the story,
even though everything is not clear but at least it makes you feel calm <<less

I really love this novel! The story is very good. MC and ML are so adorable together. I hope that someday I will have the complete translation, because this is one of the best novels by this author.
5 Likes · Like Permalink | Report

The first time I read this novel, I thought the story would be like in Missing Relic and 18 Villa, but it was a disappointment because the story will really change a lot. First of all, the romance is very slow and basically there is no romance at all. In the Secret Map of Zichuan is where to start the story of General Lu and from then on the story will change completely, with long and boring chapters, MC and ML basically disappear, you wait will for an interaction between... more>> the two. And when the author remembers that MC is dying, solves everything in two chapters, very emotionless. The ending is disappointing, I was very sad how the author is unfair to Jiang Lingfei's character. In the end, I expected more from this novel. <<less
2 Likes · Like Permalink | Report
Leave a Review (Guidelines)
You must be logged in to rate and post a review. Register an account to get started.