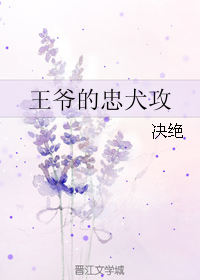 Status in Country of Origin. One entry per line
Completed (5 chapters + 1 extra)

Tao Wen transmigrated and discovered that he had become the brutal scum lover in a tragic novel that he had just read.

That scum character was a prince who, instead of living a luxurious life in peace, always made trouble for his brother, the emperor. His reckless behavior made him fall out with his secret guard who died trying to protect him. In the end, he regretted causing the death of his lover but it was too late. He was killed by the emperor.

Tao Wen thought that if he was that prince, he would never treat his lover like that…

One entry per line
王爷的忠犬攻

These are recommendation lists which contains The Prince’s Loyal Lover. You should give them a visit if you're looking for similar novels to read. Alternatively, you can also create your own list.
More Lists >>>


Write a Review
99 Reviews sorted by

Short and silly super quick fluff story about transmigration. No angst or character development. So, if you're looking for something deep? This is not the right novel for you. This is just a quick fix after reading noir novels.
1 Likes · Like Permalink | Report

All I have to say is this story was funny and cute. If you had just read a heart-wrenching novel, feel free to relax with this novel!
0 Likes · Like Permalink | Report

Like it! It's cute! The shou is a bit of a s*x addict who started off as a virgin. The gong is cute as well. It doesn't have much chapters, good for little reads. I like the emperors POV at the end. The completes chapters are on bc novels patroen. So become a patroen!!! I love it!????
15 Likes · Like Permalink | Report

This is so effim cuuutteeeee!!!! The MC is a shou and when he found the person who will take his virginity... it turns out that the other person is also the same sa him! A total bottom! So what will happen if the both of them are shous? Still roll on the bed? Nope! They decided to become buddies! Then the MC transmigrated to the novel he was reading... the catch? He became the GONG/SEME! What should he do now if his lover is also a shou? Will he take the role... more>> of the the being the top or..... <<less
8 Likes · Like Permalink | Report

Rating: 4.5 (one of the best short story I have read) It's hard to find short story that is good, Cute and Funny at the same time. Even the pace was good. This was so satisfactory yet so unsatisfactory. I want more of it. I would love to see more of Secret guard POV. The Emperor POV was the best. PS: I am never gonna have fate in Yaoi tag ever again. No detail papapa or Smut, f*ck Crab.
7 Likes · Like Permalink | Report

Don’t get the high rating. Everythinng is flat. I suppose the author was going for comedy with a shameless MC but it was a failure as nothing made sense. Too fast-paced and unrealistic. MC enters the novel and instead of giving a reaction, he ignores the situation around and decides to jump on his bodyguard. Seriously senseless and dump. I suppose this story isn’t supposed to be taken seriously, instead it’s a ‘fluffy’ story about a gay man who’s dying to lose his virginity. But again, I fail to see the... more>> humor. <<less
6 Likes · Like Permalink | Report

Highly recommended for anyone who wants a quick fix break from any long novel where they're waiting for the next chapter. It's extremely short and simple, it's basically the scenario of ML having his cake and eating it too - do not expect any character growth, plot or drama, and you'll enjoy it for what it is: the sassy shou fixes it-fic
6 Likes · Like Permalink | Report

It's such a sweet funny story, but unfortunately is too short... (Still loved it thou)
Spoiler

lmfao with the extra chapter when the emperor goes to the mc's room and finds the MC and ML doing the papapa ???????

Having binged so many BL novels of varying lengths recently, I found this short story to be just the kind of thing I need to pass the time while waiting for my 700+ chapter story to be updated one day at a time. On the surface, this short story appears to have no point, but as a tongue-in-cheek commentary on some of the more common tropes of BL fiction, it's really a masterpiece. I can imagine the author reading one too many complaints about the overuse of some of these tropes... more>> and came up with this little gem. One interpretation could be that if the various plot devices were not present to complicate things, this is what you get. Except for the shortness of the plot, the writing seems to be consistent with some of the better HE/BL stories I've read so far. Even the chapter lengths and titles seem to carry a whiff of satire (the inclusion of the "extra" chapter is nothing short of brilliant). Since I must rely on what's available through translation, I admit that my own knowledge of the genre and it's commentary is limited. A proverbial grain of salt should come in handy right about now. Of course, the opposite could also be true. It's possible that the author intended to point out that there are just too many derivative stories out there involving transmigration. At the end of the day, all things considered, if the transmigrated MC isn't a total idiot, then setting up a perfect environment for himself shouldn't really be that hard. Whichever is the case, or even the author intended something completely different that is beyond my comprehension, I, nevertheless, very much enjoyed reading and contemplating this deceptively simple piece of fluff. Many thanks to the author and the translator. <<less
5 Likes · Like Permalink | Report

Is this a deep, meaningful, plot driven story? No. It's 6 chapters. Rather than that, it is a funny light hearted little tale. Our saucy MC just wants a good top. Is that too much to ask? It's quick, funny, cute, and a little bit sexy. You might as well read it, you'll definitely enjoy it.
5 Likes · Like Permalink | Report

Wahhhhh why is it so short author-sama.... (ಥ_ಥ) *cries* It's a really great read hahaha but it would or could have been better if it was longer. I want more interactions between the MC and ML. This is a really great short-story. ♡♡♡
4 Likes · Like Permalink | Report

Well... it was too short for me to feel anything and the progression was too good to be true which is expected for its length but ehhh still... looking at it, it was a quickie lol to turn your brain off but still be like... uh this is questionable.. no climax no tension just fluff and not so detailed papapa scenes :P I did enjoy the first 2 chapters tho :>
4 Likes · Like Permalink | Report

I love these short stories. Once the little one is asleep, work is done, hubby is doing his academic work, one can sit down for a nice story that you will finish that night! And this one is sweet and funny, there is no heartbreak. It’s just perfect for a relaxing night.
3 Likes · Like Permalink | Report

Good as a short story. MC wanted to pop his cherry but couldn't do it in real life so he did it after transmigrating into novel and lived happily ever after. இ﹏இ
3 Likes · Like Permalink | Report

Hahaha! Cute, not really much character development or anything but still cute / funny. Basically the bottom wants to train his devoted secret guard into a pleasuring top. I feel a little tricked though; obviously it has such a smutty setup but there's really no smut! What is this??? What a missed opportunity! LOL
3 Likes · Like Permalink | Report

Fluffy and Sweet ~ swoon ~ The MC is a shou/uke that got transmigrated into the body of a gong/seme! On the first day of transmigration, the MC's new body had already topped his hidden secret guard! Because of this, the MC begins his journey of turning the hidden secret guard into a seme so the MC can lead a proper s*x life! The story is fairly short, so there's not much dialogue between the MC and ML to express their feelings for each other, but I suppose their feelings are mutual... more>> since they both enjoy rolling on the bed together huehuehue~ I highly recommend this short story to all fujoshis to pass the time! <<less
3 Likes · Like Permalink | Report

The best history forever. This could have become a slice of life with considerable reading time, a pity. With so few people encouraging to translate boys love / yaoi / slash, or as you want to say, it is increasingly difficult to find a story that does not have so many complicated and unnecessary things... seriously. I do not know about you, but I do not want a TV drama, all full of corny things, the love that is lost because it does not come to anything, and the complications of... more>> the most forced, by God... That's why I'm satisfied, although there could be more. For likes, colours. _____________ Sorry my english. <<less
3 Likes · Like Permalink | Report

Honestly this novel was a good, short one. I would have liked it, if there was more chapters, it was still nice to read. I recommend novel itself, if you want one which is heart warming, funny, good translation, good characters, good plot, and a HE.
Spoiler

I wanted more sweet moments with Tao Wen and his secret guard. I most specially liked the part when Tao Wen keeps teasing his lover. Also I was laughing my ass off when the emperor intruder on their "moment" (he literally just walked in while their at it) also it was because when the emperor said "He was being ****ed by the secret guard!" three times which was funny because that's the only thing he could come up with to described his brother, if only he knew it wasn't him

Short but super sweet and fluffy! Love and definitely recommend!!!!! Its nothing deep for sure but it's a short and fun read
3 Likes · Like Permalink | Report
1 2 3 … 5 Next »
Leave a Review (Guidelines)
You must be logged in to rate and post a review. Register an account to get started.