Novel Updates
RegisterLogin
Theme
Search
Your changes has been saved.
Your Kingdom 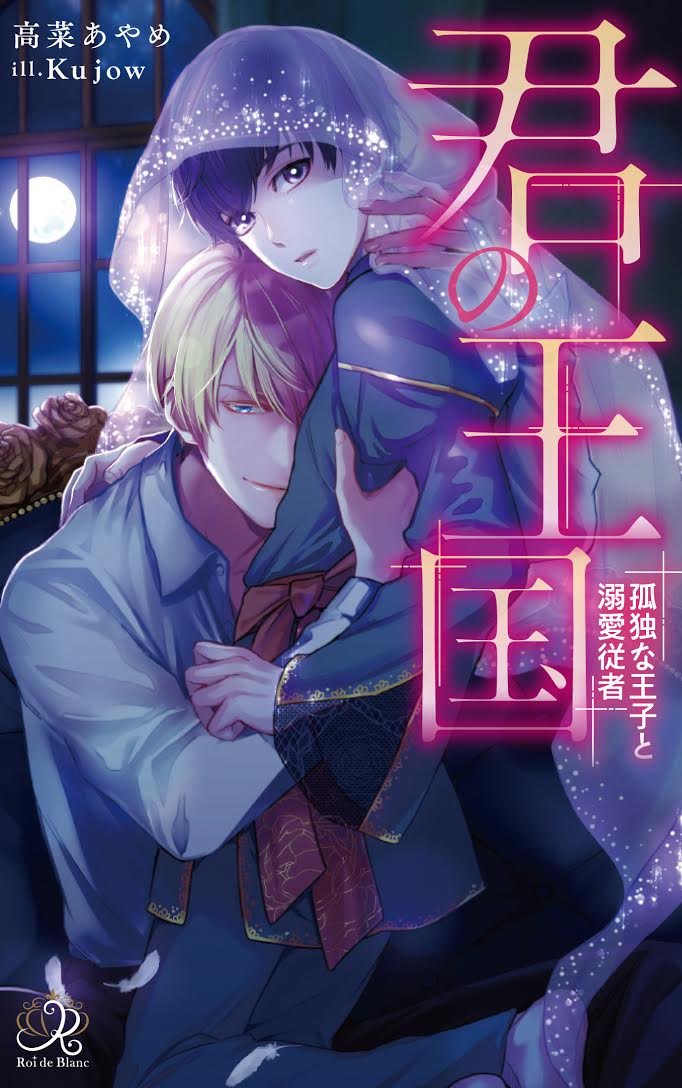 One entry per line
Kujow

Status in Country of Origin. One entry per line
42 chapters + 5 side chapters

One day, the sickly prince of the Maillard Kingdom woke up in an unfamiliar, gorgeous room. He was told that this was the royal palace of the famous country Barthelemy, a place known for its advanced medical treatment, by Fernand, an angelic beauty serving as his new attendant. The food, clothes, and scenery outside all confused the prince. After all, the life the prince lived in his own country was…

One entry per line
Kimi no Oukoku
君の王国

Beloved Marriage in High Society (1)
Moonlight on the Snowfield (1)

These are recommendation lists which contains Your Kingdom. You should give them a visit if you're looking for similar novels to read. Alternatively, you can also create your own list.
More Lists >>>

I like sickly character LOL It's a short novel revolves around fernand & licht soft love story. Despite the cover, it's a rly light hearted story and yeah, reading just to kill time. Not much of rollercoaster ride. A rly simple read.
Spoiler

lovely cute story, so far so cute albeit confusing as the chapters are still too few.
4 Likes · Like Permalink | Report

I'm too fed up from reading rebirth/transmigrated novels these days, so this one is quite a refreshing one. Well tbh, from me it's 4.3/5, but i'll just round it up to 5~ While reading, I'm always thinking on how I can transmigated in this novel to protecc my cute cinnamonroll prince. Argh I will protecc him for the rest of my life!! But, the ending is quite abrupt. Many things are left unexplained. ... more>>
Spoiler

As to what is the true indentity of the gardener? I thought he has some important secret role, like a spy, or the millard's king's bro, or whatev. But well, nothing happened.

[collapse]
Also, I think my cutiepie prince's feeling is formed too quick. It's like their story is being shortened, and many details are being removed. But, the story plot itself overall is good. I can see the character growth from the first and last chap comparison. Although I wish it has longer story and pace, with more interactions to see my cutiepie healing process more ヽ (´_つ｀) ノ <<less
3 Likes · Like Permalink | Report

It's good, definitely worth reading when you are bored. This novel will make you cry because of the hardships that the MC go through, and also make you melt of how sweet the MC and ML relationship. ... more>>
Spoiler

The protagonist is loveable. He is naive, cute, but also strong at the same time because he had a sad past. The ML is also deeply in love with MC, although at first he denied his own feelings (and I love how his aide always teased the ML how he is really in love with MC). The ML is the playboy type who likes to sleep around with another man, but didn't playing around anymore when MC came to his life and he's really patient when it comes to MC (love it). MC gradually became attached to ML and became really expressive of how he loves the ML.

There's something that really unfortunate though. As the other reviewer mentions that ML didn't tell MC that he killed and ruin MC kingdom. And the second is because the MC is naive, when they finally sleep together the MC didn't know that they had s*x IMO.

Simple and short. Won't take up much of your time. It's about a captive prince from his own ruined country, be the other country's prince's (brother of the king) spoil in war. He was attracted to the mc's beauty and circumstance of beong hidden and raised up wrongly in the basement. We see the ML slowly treat the MC, mentally, physically, emotionally, etc., and what the ML thought of as a short amusement at first, became a love interest for the both of them. ML is domineering. And MC is dependent on... more>> what the ML likes and feels. I'm glad we see the mc's past and the process he has to go through to get better. We get to see an MC who views the world differently because of his upbringing, which was fresh and sad. Sometimes the process though, felt it is lacking and not enough. His sickness was also just from the start (He was immediately healthy for extensive papapapa sessions and not be sickly the next day). The ml's care was although sweet, also lacking and sometimes felt he is domineering towards the mc's decisions and limiting his full potential. Especially towards a person who is a blank state and needs care, exploration towards what he likes, and education and common sense (Maybe because I've read a novel where the MC was brought up okay by the ML even if he was also the same restricting ML at times.. This ML is worse though). His jealousy is unwarranted (I understand ml's jealousy esp towards the first person you love, but still! The way he handled it was '....') and his full force and character development needs more improvement. The other supporting cast stayed as supporting roles and only there when needed. I felt that only the MC had a somewhat personal growth. For the pacing and writing, there were some irregularities. And some leftover unanswered/shown parts. The plot had somewhat of a potential, that it was a shame that it wasn't fully exerted. The characters and their interactions, including their ranks, were somewhat messy. Even the start of the last chapter and the ending felt rushed. But we had closure I guess. I didn't feel the fluff and angst sometimes. But sometimes the angst was good that I'd also feel distressed for the MC. I'll give it a 0.5-1/5. Thank you! <<less
1 Likes · Like Permalink | Report

I thought this was gonna be longer but it felt pretty short 😅 anyways (3, 8/5) The story is pretty straightforward mind you my review contrast spoiler Long story short an abandoned prince was entrapped in an underground prison of a castle because ... more>>
Spoiler

[collapse]
he was then captured back by the ML to his kingdom and so the love story begins If I were to describe the MC he's pretty pitiful my heart hurts reading it but I couldn't cry he's like a child in a grown up body along the story, also ps it maybe yaoi but it runs more on the Shounen AI side, the ML is pretty cliche? If you ask dude likes beautiful things because the things he goes thru that's why he caught the MC. He's caring and quite patient but also maybe a wolf in sheep clothing. I recommend this story if you want a good quick read tbh, it felt like reading a 20? Ish BL manga 🤣 overall it's quite good if you want a quick angst like an abandoned child, MC who has past trauma and fantasy <<less
1 Likes · Like Permalink | Report

I enjoy reading it though some parts made me nervous... as the self-harmed part. There were good background plots at first, but in the end none twisted, none further developed, every character or plot is added in single minded purpose. Every time there's a new character or plot, it's interesting enough that made me want to get to know the development, but overall it just turned out very simple happy ending with none obstacle. Still recommended since I enjoyed when reading, but I believe this novel potential length could be much... more>> longer. <<less
0 Likes · Like Permalink | Report

Not bad, a sweet short story. There were some serious moments where the MC was suffering from his past trauma. At first, I thought it was going to be mindless imprinting/MC falling in love with the ML because ML was the only person he interacted with, but it was less like that (thankfully). MC started coming out of his shell near the end. Overall an enjoyable and fluffy read.
0 Likes · Like Permalink | Report
Leave a Review (Guidelines)
You must be logged in to rate and post a review. Register an account to get started.

Lazy Dragon Queen: Gaming in an...