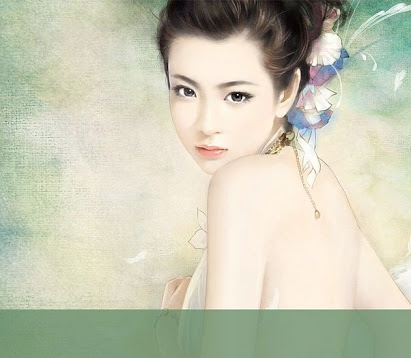 Status in Country of Origin. One entry per line
67 Chapters (Completed)

My name is Yin Xiaomei and they all say that I am a bad woman. But I don’t think so.

What? You want me to start from my childhood? Okay!

I don’t think its such a bad idea to shoot a nude photo of my brother, right? After all, I’m helping my female compatriots. You don’t know how much a single photo can sell… If you’re going to ask for the amount… it’s a secret!

What? You said that my mother and father divorced? Please, it’s my handsome old man who’s been going outside. You can see how much father and son are alike! Although my parents rarely come home, but when they do, they are more active in bed than anyone else! Mom is young and beautiful, and the money she has is infinite! Tsk tsk.. let me wipe my saliva and continue.

It’s been so many years, but I still wonder how my brother discovered that I was the one who took his pants away? Well, he still had to stay in the school bathhouse until midnight either way!

There is also Zhang’s little brother who took a nap. Who knew that when he was in a very deep sleep, his full face got painted yet he doesn’t even realise it! Good! She is very good!

However, the current Yin Xiaomei isn’t the same as before. She is now out of style, has a bad taste, and is black bellied!

In short, she is not suitable to be a wife, so they should not threaten her to marry someone knowing what she has done.

“Bad woman Yin Xiaomei, you think you can escape?!”

Yin Zhefei coldly said, “Do you think you are a dog? You can divide your front legs and hind legs?!”

One entry per line
壞女人殷小美

These are recommendation lists which contains Yin Xiaomei The Bad girl. You should give them a visit if you're looking for similar novels to read. Alternatively, you can also create your own list.
More Lists >>>

Hi, I'm Cubbyfox! I'm the translator, sorry for my messy translation. But don't worry I have the editors now, so the translation quality is good, It's a good story, Full of Woman strength (?) with a twist here and there, but I'm not will spoiler it. Anyway, I think it's good, and I hope you guys like it. Thanks
13 Likes · Like Permalink | Report

This is hilarious modern short story. MC is funny, cunning, clever and shameless. She is only character that make me wanted to read this novel. I like most is how MC bully male lead and sell his panties and clothes to his fangirls. Recommend
7 Likes · Like Permalink | Report

Hmmm as I was reading this, I was confused... She's not that bad??? I mean, she's a kid, around less than 6y/o when she was adopted. So the suitable words for her is naughty, rather than bad. Even after the time-skip, she didnt really do anything bad to anyone except to ML. And in fact, I think she is more inferior to others, but she is absolutely not BAD like the title suggest. And I don't really think she's shameless too... The story is okay, but I find that its a... more>> bit draggy, especially when it talks about the parents. I mean, yeah sure you want some drama, BUT this story is supposed to be about Yin Xiaomei & Yin Zhefei, so why would you talk about their parents from time to time? It feels as though the parents' story is just to make up for the lack of the drama the lead characters had. Pointless. And tbh, that 10years time-skip is really... s*upid... I guess the author is too lazy to elaborate more and goes with that 10years time-skip just to let them be adult so they can move to the romance part... /sigh And not to mention the parents' misunderstanding that lasts 10years with no progress... /rolls eyes. Well, thats what I thought about this novel. It wasn't THAT bad but I wont really recommend it to be read unless you really have no other novels to read. <<less
4 Likes · Like Permalink | Report

The story is good. Not a typical overdramatic. It's easy to read. The FL is not BAD in negative meanings. She is just naughty. She lacks love and family affection that's why she is desperate enough to have one. Both MC are meant to be. They can be themselves in front of each other. The parents. Well. Their role mainly as an elder in the family. But I'm surprised that the very first drama would be about their life. Mommy was cheated on by daddy (he falls for a scheme from an ambitious... more>> woman). And it made a serious misunderstanding. Tho I'm still voting for mommy to go to the UK with FL and leave her scumbag husband. Daddy is not good enough to solve his infidelity problem. I'm super disappointed that he can fall for a vicious scheme. So yeah. I do not pity him at all. Last but not least. Please update more and more, dear TL team XOXO <<less
2 Likes · Like Permalink | Report

I normally like shameless female leads but from the start, I don’t like this yin xiao mei girl already. At such a tender age, she’s very conniving. It’s one thing to be smart and know how to put things to your advantages but the way she’s coming off is that she’s very sly, cunning and conniving. If I am the male lead, I’ll hate her too. Unless things change up but I don’t know if I’ll even keep reading.
2 Likes · Like Permalink | Report

Here we had shameles MC and cold face, tender hearted ML. The story really hilarious, I can't stop laughing in every chapter, although there a bit drama but this story was light reading material. The story was cliche, it still had potential, however the pace of story was rushed. So the character growth not much. If this story bit longer, more arcs when they are still child, and ML and MC falling love to do it more slower, more description about character background or motive, it might made the story more... more>> solid. And this story really need good foreshadowing. <<less
1 Likes · Like Permalink | Report

Dropped at 41 (update) Leaving my thoughts here ... WTF is fake-ish kinda incest since they aren't blood related but WTF... the romance aspect, especially with the previous siblings relationship they have with each other, I think Especially the ML realised and accept his feelings a bit too early (like ASAP after FL back in china). I dont mind the 2 lead get together despite their past relationship but it just happen too fast that it became distasteful. The author here couldve given the novel a... more>> bit more depth if we just allow FL ML go through some moral barrier in regards to having relationship with each other... (ex the healing sunshine) at this point, im just gonna read this like a hentai plot cause. Such a waste since I think theres some potential here in the base plot... TAT <<less
0 Likes · Like Permalink | Report
Advertisements
Leave a Review (Guidelines)
You must be logged in to rate and post a review. Register an account to get started.