Novel Updates
RegisterLogin
Theme
Search
Your changes has been saved.
Wangye, Wangfei is a Cat 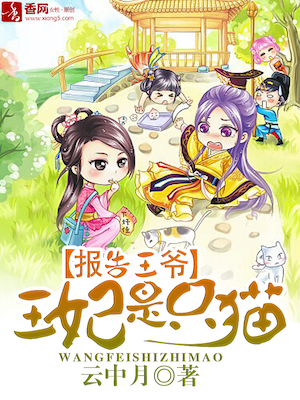 One entry per line
云中月

Status in Country of Origin. One entry per line
298 Chapters (Completed)

Mi Xiaoqi grabbed the muddled fortunes of her own master and transmigrated via a freak accident into the body of a small white cat. The saddest thing was, she ended up on top of wangye Bei Gongyan’s bed.

He made her eat food and stay by his side when he had nothing to do. She intended to run away, but all right, she was captured and locked to the bed…

The White Cat That Swore Vengeance Was Just Lazing on the Dragon King’s Lap (5)
Meow Meow Meow (3)
The Cold Regent Keeps a Fox as a Consort (3)
Raising a Fox Consort: The Cold Demonic Wang’s Sweet Love (3)
Doomed to be Cannon Fodder (2)
Reborn into a Hamster for 233 Days (1)

These are recommendation lists which contains Wangye, Wangfei is a Cat. You should give them a visit if you're looking for similar novels to read. Alternatively, you can also create your own list.
More Lists >>>

Not recommended to those who can't stomach arrogant and coldblooded male love interest.... but read it anyway because cat MC! Lol So far the story is in it's early "prologue" phase (duh) so I cant say much about the General plot aside of the female transported to a cat and met a super S wangye... one that treat human (and pets) lives as weeds~ lol But even of ch. 5 we see a subtle hint of palace schemes. The story itself have funny undertone and the translator, albeit a new one, managed... more>> to convey the tone over so kudos to her. Just hoping it won't turn tragic like most CN romance later on QmQ. The only thing that's off the mark is how the owner is not a slave of the cat, (because we all know the hooman is not the owner but the cat is) lol. Maybe we will see that later on as the MC capture this super high on the cloud Wangye. Also, kind of want to ask if the other reviewer have even read the synopsis because it clearly said that it's a TRANSMIGRATION story of a HUMAN girl into a CAT. And do they ever watch an anime or read manga? Because that one is littered by cats acting like human (just look at sailor moon or doraemon lol). Will edit the review when more chapters at out~ <<less
17 Likes · Like Permalink | Report

It was kind of amusing when the ML was addressing himself as 'this king' in front of a cat (albeit in a sad way), but then
... more>>
Spoiler

the MC transforms back into a real girl after she bites him and consumes his blood, and he instantly beds her. She didn't seem to mind that it wasn't completely consensual and becomes your typical female lead with very little common sense armed with an overbearing and overprotective ML... Yeah she seemed smarter when she was a cat.

[collapse]
For series of a similar quality, I guess there's Your Highness, I Know My Wrongs <<less
14 Likes · Like Permalink | Report

Soooo, unlike the other review I suspended belief and read through the rest of the translated chapters. The cat is acting like a human girl because she IS a human girl. It's one of those transmigration stories except the girl is transmigrated into a cat's body rather than some wangfei or great beauty (as she protests about herself lol). Male lead is on the S side, which not everyone may like. Otherwise, a pretty entertaining read so far.
9 Likes · Like Permalink | Report

This story hurts me on a deep personal level. And the problem is that I can't even explain it properly. The problem is that, well, it just seems so... wrong. Why is a cat acting like human? Why?! It's so bothersome. I can't even tell you why. Here, just.... just read this excerpt:
... more>>
Spoiler

Terrified, Mi Xiaoqi stared at him, wanting to quickly leave his presence as soon as possible. Her claws scratched against the floor, rapidly retreating.

“Come here.” He spoke in a frosty tone, gaze falling onto her small body.

In that very instant, Mi Xiaoqi felt like her body was frozen, unable to move. However, her body somehow went to him unconsciously.

Walking to the edge of the wooden sitting couch, she pitifully tilted her head up to look at him.

The man stood gracefully, scooping up Mi Xiaoqi in a single smooth motion. In the meantime, he looked carefully over her meek and docile form, before revealing a hint of satisfaction in his eyes.

“You can understand Ben wang?”

“Miaowr.” Mi Xiaoqi nodded proudly, face glowing with pride. Not just what words you say, but even the words you don’t know about, I, no, this cat also understands.

[collapse]
I mean, the author had an okay idea, even if they had no idea where to go with it. I'm fairly certain that they're going to fall in love, but, she's still a cat. So. You know. I guess this story is meant to be taken with a healthy dose of disbelief. Like, a huge dose. Read it if you want to. I'm dropping this. <<less
5 Likes · Like Permalink | Report

The ML is the worst with no redeeming characteristics. The MC makes extremely stupid choices. The second ML is all that is awesome but he is the second ML. Avoid reading this story. ... more>>
Spoiler

The ML rapes the MC multiple times but she stupidly still fell in love with him and stayed in love with him. He uses her, fails to protect her, and when things don't go his way, he either threatens or rapes her.

The MC also frustrates me no end. She KNOWS that there are so many ppl targeting her but keeps sending her shadow guards to do tasks so she ends up in harm's way. They say she's brilliant but she's one of the most stupid MC's I've run across and just plain lacks common sense.

The MC is entertaining, but she is not focused enough on her goals and gets distracted easily. She doesn't have much sense of urgency. The male lead is, thus far, impossible to like. After the MC becomes a human, she is ... more>>
Spoiler

kidnapped and taken prisoner by the male lead. He rapes and abuses her repeatedly for every little reason he can think of. The sexual abuse and violence isn't shown graphic detail, but it is definitely there. He is controlling and emotionally abusive as well, isolating his victim and manipulating her by threatening everyone around her. In spite of it all, she remains as air-headed as before and doesn't think before acting. He's raped her more than once or twice, but she's not responding to all of this trauma. The writer does not describe the pain, terror, or seriousness of the matter at all. R*pe does not equate to a romantic time; it's an act of hatred and nightmares that scars people for life and gives them traumatic flashbacks whenever they try to become close to others. There is no healthy relationship between a rapist and his victim.

[collapse]
Frankly, I hope she manages to escape and kill him, but it doesn't look like this novel is going to take these issues seriously. I absolutely cannot approve of the male lead. <<less
4 Likes · Like Permalink | Report

The story has a very interesting beginning. I was hooked after reading the first 2 chapters, so I read the raws. I would have to say though:
Spoiler

The story progresses to a very dramatic turn near the later half, I tried my best to continue as there was only 220 chapters, but it really got too much so I stopped at 174. Really, it was a great start but the middle was awkward and too much twist and turns, and it was no longer a funny and light read.

This novel is purely stupid and wayy too sweet that you might get diabetes after finishing it. It has a lot of plot holes for sure. I mean there are people with a variety of fetishes but what I don't get is why they proceed to treat the cat like a human after a sudden change like don't y0u wonder if it's a witch or some experiment??It's fuuny and sweet so perfect for when you just need some sweetness in your lonesome lives.
0 Likes · Like Permalink | Report
Leave a Review (Guidelines)
You must be logged in to rate and post a review. Register an account to get started.

Harry Potter and The Dark Phoenix