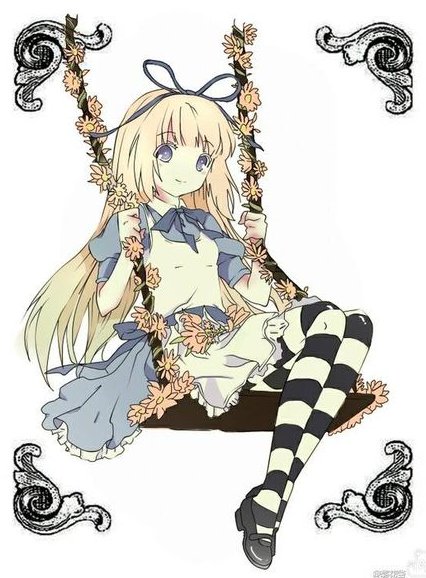 One entry per line
H Loli
Not A H Loli
才不是H萝莉

One entry per line
Cuteg

Status in Country of Origin. One entry per line
889 Chapters (Ongoing)

One entry per line
Ciweimao

“The Demon King two generations ago was stabbed by the Gryffin Kingdom’s Hero using the legendary sword ‘Enheria’ in the heart and died.”

“The previous generation’s Demon King was sealed by the Ymir Kingdom’s Hero using the legendary Taboo ‘War God’s Lock’ for fifty years and eventually died after his vitality faded.”

“Sounds amazing. What about this generation’s Demon King?”

These are recommendation lists which contains The Tale of Hero Alice’s Social Death. You should give them a visit if you're looking for similar novels to read. Alternatively, you can also create your own list.
More Lists >>>

Hihi, I'm the translator for PHA! I'm gonna come out and say that Pantsu Hero Alice isn't a gem of a novel, so don't go in expecting something like that. :) I've given PHA a 3/5 rating, and I'll share my thoughts on why I decided on this rating, and why I decided to pick up this novel despite it not being a perfect novel. Cons: 1) Long-winded. I'm sure many of people are aware that some Chinese web novels tend to "elaborate" their chapters for as long as possible and repeatedly bringing up the same information to increase their word count. Unfortunately, this is something that is relatively inevitable due to the way web novel authors are paid in China, and PHA is no exception. 2) Somewhat bland characters. Apart from the few leading characters, most of the characters in this story are relatively two-dimensional. Secondary characters are given a label, and they mostly behave according to that label. Even in the case of the main characters, I can't say that they're very well-defined. Neutral: 1) Plot The story starts out interesting, but falls off after a few hundred chapters in as the story enters a cycle of repetition. The main character will come across problems, solve them, and take one step closer to the end-game. There really isn't much of a suspense. Though, that's probably because the story is meant to be a light-hearted one. Pros: 1) Pantsu 2) Believable world setting. (Spoiler) This is the main reason why this novel intrigued me and why I decided to pick up this novel.
Spoiler

I can't say that the world setting is unique, but it is solid and believable. The humans and demons aren't just going at each other's throat because of some convenient reason like "demons have been the world's enemies since time immemorial." Instead, the demons are fighting the rest of the world for a better living environment.

There are other such believable settings such as the origins of the Demon Kings and Heroes, the origins of Earth-like technology in the foreign fantasy world, and etc., but I won't be going into detail for those here.

While I admit that the MC using panties to fight also played a role in my decision to translate this novel, the world setting of PHA is what caught my eyes overall, and why I decided to translate this novel. I'm sure there are novels out there with much more unique and better settings, but if you have some time to spare and nothing to read, try giving PHA a read. :)

Once again, don't go in expecting to find a gem. If you want to read something that's 5/5, tough luck. This is just another cookie-cutter novel with a solid world setting. : (
Also, there's no yuri in PHA. While the interactions in the novel are mostly between females, there are no actual relationships established as of yet.
[collapse]

Story is relatively light-hearted and fun. Translation was not bad. Dropped it because the new host is trying to make me enable their ads.
1 Likes · Like Permalink | Report
Advertisements
Leave a Review (Guidelines)
You must be logged in to rate and post a review. Register an account to get started.

Beneath the Dragoneye Moons