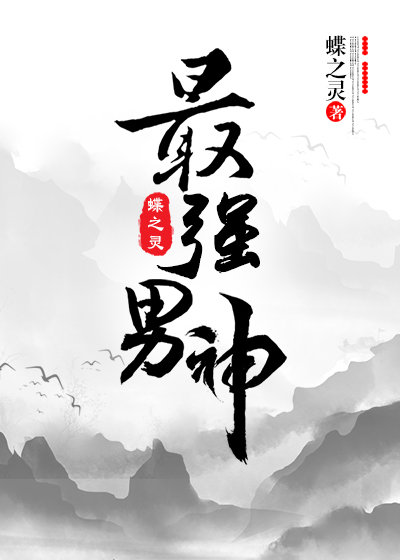 Status in Country of Origin. One entry per line
386 + 38 extra chapters (complete)

Liu Chuan came from a great family background with a well-known professor as a father and a successful businesswoman as a mother, who came from a wealthy family. What most of the world didn’t know, except for a selected few, was that he was also a first-class god in the country’s e-sports league. He had led his team to win many different competitions and was the only one in the country to lead their team to win the Annual Grand Slam. However one day, he had vanished unexpectedly and retired from the e-sports league for personal reasons.

Later, he returned home when his school suspension period was almost over and he followed his parents’ wishes. He had to return to school to graduate and ended up having to stay at a dorm in room 301.

Those who were into games or followed the e-sports community, all know or admired various professional players. However, what they didn’t expect was that one of their gods was just within arms reach, and even more so, a first-class one too.

This is the first part of the god series. The first two parts have been finished. The plots do not affect each other.

One entry per line
最强男神

These are recommendation lists which contains The Strongest God. You should give them a visit if you're looking for similar novels to read. Alternatively, you can also create your own list.
More Lists >>>

The hardest time for new in-translation novels is when they're first put up on NU, when one bad rating can screw the whole thing over... even if the novel isn't actually bad. I'll just pop in a five star for now, to bring the rating up. It'll change later depending on how I find the novel in later chapters. Don't be discouraged translator-san! Keep up the good work! That aside, the beginning of the novel is pretty nice. I'm not yet fully hooked, but I'll be keeping this novel in mind.... more>> The main character has a decent personality and isn't bland, thus far, and the ML is an adorable hardcore-when-money-is-involved type of guy. I also like this "master pretending to be a noob" trope. <<less
8 Likes · Like Permalink | Report

5 stars Read this last in the trilogy but I think I liked this the most (or very very close to God Level Summoner). Will say God level summoner had better and bigger plot in terms of structure because this one had a slower start since MC had school (HAHA) at the beginning and had to put in much more effort in terms of recruitment and building up his team. But MC might be one of my favourites, his character is just very fun, the way he interacts with everyone, be it... more>> goofing around, pulling hatred or carrying the burden of the team. He's one of the most charismatic characters in this series for sure. The dynamic in the team is good and in the league, everyone has a good relationship. It just makes me even sadder when anyone loses. Romance wise, a couple of them do get together in the main storyline rather than the extras (unlike in the sequels where most of them occur in the extras) so it's actually a pleasant surprise and adds to the emotional plot of the story. Can I just add I have an extra big soft spot for
Spoiler

Ye Chen Xi? Because his plotline felt the most tragic and I'm like his vice captain who got really anxious for him. Just glad for his eventual HE. Also, fun fact because I needed to get my pairings straight, I did peep in the spoiler thread and I saw the pairings were written as gong x shou so I actually though YCX was the shou but erm I don't think so. Author mentioned she had a super hard time deciding who was what because the comments were super divided so she decided not to decide in the end but from the way she wrote it, from the final height of the characters to the character's thoughts of "wanting to push him down", I conclude YCX is definitely not the shou. Just FYI for anyone even interested in my analysis hahaha. The other pairings in spoiler thread are accurate.

[collapse]
Overall, reading this made the characters appearance in the other books much more meaningful even though I already read them (oops). <<less
3 Likes · Like Permalink | Report

★★★★☆ [4/5 stars] This novel has 400 chapters and it is looooong! Okay, I've read novels with more chapters than this, for example <Card Room> which was written by Die Zhiling as well with 600 chapters, but why do I feel like TSG is much longer than CR? This novel has a slow-paced, e-sports-focused plot with a romantic subplot. I don't mind slow-paced novels, I actually liked them because of how developed and detailed they are. I just felt like 400 chapters is just too much for this novel? I mean,... more>> I won't mind if it ended in chapter 300 because I felt like there are some dragging chapters here and there. But! Regardless of that point, this novel is great! I find the concept of 'Wulin' (which I think is based on the real online game with the same name) and how the competition progressed so interesting. Liu Chuan (MC) has a very interesting and enjoyable personality. He was described as someone who can attract hatred (in a joking way) whenever he opens his mouth. He's very popular in the e-sports circle and all professional players 'bully' him but respected him at the same time. He's one of the best pro player that retired once to finish his university degree but plans to strive his way back to being a pro player. You can actually see how he recruited and cultivated a lot of talented newcomers. Though Liu Chuan himself has no character development (since he's already like a mature, experienced person in his career who already grew even before the story starts), he's actually the one who paved the way for his teammates' character development. Because of his existence, a lot of characters reached where they are right now. He's a sunny person and he's kind of arrogant and shameless (in a funny way) but he respected his opponents a lot and he never looked down on them. I actually loved how persistent he is and he's a type of character who is far-sighted and planned well for the future. Some might not understand his decisions because a lot of people only see what's in front of them, but Liu Chuan is different. I admire his character a lot. The romance in this novel is actually not the focus, but it doesn't mean it's not there. His and Wu Zewen's (ML) personality is like day and night, but they actually complemented each other in a lot of ways. If Liu Chuan is Longyin Team's pillar, Wu Zewen is Liu Chuan's pillar. It's so satisfying to see how they supported each other. There are also a lot of side couples here! And they're all so likeable. This novel has a lot of relationship tropes. There's a colleague couple, fan-idol couple, master-apprentice couple, captain-vice captain couple, old-classmates-who-hadn't-seen-each-other-for-a-long-time couple and a couple who looked like an old husband and wife. I enjoyed all the supporting characters within the MC's team, as well as the characters from the other teams. They're so fun to read. I think they all have their own happy ever after, both in career and love life, but I would just like to mention that there's one character that I just hope got his own happiness in his career. It's Li Cangyu (Lao Mao/Old Cat), the captain of the Canglan Team. He was just a supporting character who didn't appear very much but I actually loved how dedicated he is. He transferred from the other division of e-sports to Wulin when the novel started so he and his team are actually the real newcomer in the Wulin circle. Even the other pro players, especially Liu Chuan, respected him a lot because of how talented and strong he is, but unfortunately his teammates aren't that great and it was so hard for him to carry his team on his own. I really felt bad for him and he deserved to have his own official recognition. It's just sad that there was actually no clarification about what happened to him and his team after the 13th season competition : ( Overall, I highly recommended this. This novel is a worth read, though it only has like 14 chapters that has English translation. I MTLed the 400 chapters and thankfully, the MTL was decent enough. This is actually a very good e-sports novel in my opinion and I saw that this has 2 more sequels (from the same franchise but not really affect each other) ? On my way to the second novel! <<less
2 Likes · Like Permalink | Report

This was so....... long. But so good. Liu Chuan is a troll, Zewen is bad ass, Li Xiang's a dork, Qin Ye's a queen, all the side couples are cute too and there are like five million characters but don't worry there's also like 5 million chapters to learn about them lol. You won't be confused by the end. I'm reading it again just to experience how far they came as a team in these 400 chapters or so... no major drama, all happy happy, yup it's a nice happy... more>> fluffy read with HEA! And now I'm watching the drama, although it seems pretty corny and they changed the BL out of course... but I just love the characters! This story is long but worth it! Especially if you've played these games yourself, you can really relate. <<less
1 Likes · Like Permalink | Report

I really really loved this novel. Five stars, without hesitation. I'm a fan of a shameless troll Liu Chuan, and other characters are also pretty much adorable. It was super satisfying to watch the team's growth and their interpersonal interactions. Descriptions of the game and game matches were interesting as well. And I so very much wish to read the english translation of this novel someday!
0 Likes · Like Permalink | Report
Leave a Review (Guidelines)
You must be logged in to rate and post a review. Register an account to get started.

When I Got Reincarnated As A...