Novel Updates
RegisterLogin
Theme
Search
Your changes has been saved.
Stimulating To Be Raised By A Virtual Lover

Home >
Novel >
Stimulating To Be Raised By A Virtual Lover 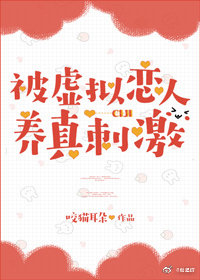 One entry per line
咬猫耳朵

Status in Country of Origin. One entry per line
90 chapters (Completed)

People need kryptonite to support virtual lovers. But the virtual lover in his game, liked raising him and spoiling him.

When Zhu Qingan was driven out of his small shanty by his stepmother, he was homeless.

The virtual lover gave him a large, luxurious villa.

Zhu Qing ‘an was left out in the talent show because of a villain.

The virtual lover calls in an empire of people and nearly crowds the audience.

Zhu Qing’an was ridiculed by Hei Zi when he had no money and was poor.

The virtual lover had a fleet of luxury cars worth millions of dollars to pick up Zhu Qing An in front of Hei Zi…to go to the bathroom.

The whole empire thought that Zhu Qing’an had talked about a powerful lover.

“Your lover’s assets have reached hundreds of billions? Is he the richest man in the empire? ”

“Is your lover’s status higher than that of the emperor?”

I don’t want us to be separated by a world-like cold screen.

I want to touch him, kiss him, hug him and keep him in captivity. The desire and possessiveness born every day can drive me crazy.

He is my whole world.

One entry per line
被虚拟恋人养真刺激

These are recommendation lists which contains Stimulating To Be Raised By A Virtual Lover. You should give them a visit if you're looking for similar novels to read. Alternatively, you can also create your own list.
More Lists >>>

This is just a simple and fun kind of story. Apparently our MC found a game app called False Love in his light brain and started on his journey to become ML's fake lover for the benefit of money he can get from it. Don't expect any logic in it. Not too many angsts. There is a mystery about ML's and MC's past. The plot is not perfect. It seems that the author added bits and bits of it plot for conveniet of ste story. Dunno just felt like that.... more>> But still enjoyable to read. <<less
14 Likes · Like Permalink | Report

It's an average book with your typical bunny MC who is shy and cute and OP gong who is stuck inside a game. Nothing Big and small. There a lot of romance and fuffy but I just can not continue this book for the reason in the spoiler: ... more>>
Spoiler

The mc's parents, I just can not stand them, the more you hear about his past the more you realize how sh*t they are. The MC was abandoned at the age of 5 because his parents prioritized work, hence putting their job before their child. Ok, you know what I get that, BUT the MC is only f*cking 5, how tf can a 5-year-old take care of himself??? No explanation, he is just abandoned for the police to come him, leading to the police telling the neighbor aka his abusive stepmom, to sent him the orphanage, which spoiler alert, she doesn't which leads to 11 years of child labor and abusive. Like I get your job is important, but the MINIMUM, you as a parent, can do is find him a proper care system, but nooo just abandoned him in his home, imagine if the police didn't find him, he would probably starve to death. Also, the MC determination to find his parent just not sit right with me, like bro your parents, who you claim loves you, abandoned you at age 5 in your f*cking home. Personally, if my parent did that to me, I do not care about their reasoning, I, rather, they are never part of my life after that.

[collapse]
My final rating will be 3 stars: 1 start for the translation, 2 stars for a reasonable plot. <<less
12 Likes · Like Permalink | Report

Read it through MTL. Good for passing time but of no emotional depth or character development. The whole story is just a thinly veiled cover for how a little silly sweet MC falls in love with a lonely ML. The characterization is very shallow, the plot and world are lacking in substance and every obstacle passes without any drama. Nothing is beyond a chapter to resolve. ML solves all problems for MC. Good if you want something shallow, sweet with no drama. If you're looking for a better story of this... more>> theme, I recommend "The Whole Empire Raises Me, " or "Raising You This Small Stuff". This novel is perfect for people who want something sweet, light and of no substance like cotton candy. <<less
4 Likes · Like Permalink | Report

Quite satisfying, this is like a horror game novel that I often read. But I'm not satisfied with the wild animal shelter, I want the MC to interact more with them. There is no tension because this novel is full of romance, in some scenes the MC is too shy when facing ML even though they have known for a long time, I understand because the MC's childhood was like that. I was also not satisfied in the meeting with parents and MC and there was no scene between the... more>> MC and ML parents meeting. <<less
2 Likes · Like Permalink | Report

At the beginning I thought the story would be a simple story with this kind of plot: " When you thought you would be the Rich Lover but end up forced to be a Sugar Baby instead. ". But apparently the story is more than that! It's deeper. The Mystery about ML and apparently also about MC. And because this is with Interstellar setting, which made it different from other novel with similar theme about AI Game Phone.. But everything is Explained in the end. Revealed and all. There's no Angst. And not too... more>> emotional moments (though maybe this can be blamed on MTL reading.) It's mostly FLUFF! ML is ALWAYS Good to MC. And of course MC would fall for him because he's always there for him. And nice Faceslapping without MC's intention. The Villains was easily defeated because MC was lucky and because he has ML. It may not be Perfect, but it was Absolutely Very Good and I'm ABSOLUTELY LOVING IT!!! <<less
0 Likes · Like Permalink | Report

A lot of Plot Holes. Read to ch81 and forgot there was 96 chapters in total. So when it said The End I felt relieved until I clicked next and a note about vol2 being uploaded. I kind of just powered through to see the end, at some point during the story I guess. So vol2 was:
Spoiler

I kind of just skimmed two chapters and gave up. Vol2 is ABO game thingy. And maybe another game be added, idk.

Tanslation: 5/5 Story: 4.5/5 Mtl: 4.5/5... more>> The novel is good, I like the MC and the op male lead, at first it was so confusing on how did the ML send those luxurious things to our beloved naive innocent MC. But the author slowly revealed it and I think it was really a good story. For some reason I cant help imagining the mc's appearance based on his personality, I certainly agine the MC as a shota cause he was so cute and lovable and the ML is so cute and awesome at the same time. I didnt rate the novel full five star because the MC and ML is a little bit of overpowered. The translation was five star cause the translator really put efforts in translating this novel. You can also read the mtl version of this novel if youre impatient, its understable. So overall, 4.8 star.🌻 <<less
0 Likes · Like Permalink | Report

A sweet novel, no dog blood or anything like that. There is a bit of plot, enough to make the story interesting, however it's definitely focused around the romance. The romance between the two of them is so cute and sweet, they're perfect for each other. Keep in mind that the ML is the overpowered pampering type. Overall it's definitely worth reading!
0 Likes · Like Permalink | Report

Well, its okay. The plot is okay there are loopholes and kinda lack, MC is shy and cute then ML is trapped inside the game. Full of fluff mhm
0 Likes · Like Permalink | Report
Leave a Review (Guidelines)
You must be logged in to rate and post a review. Register an account to get started.