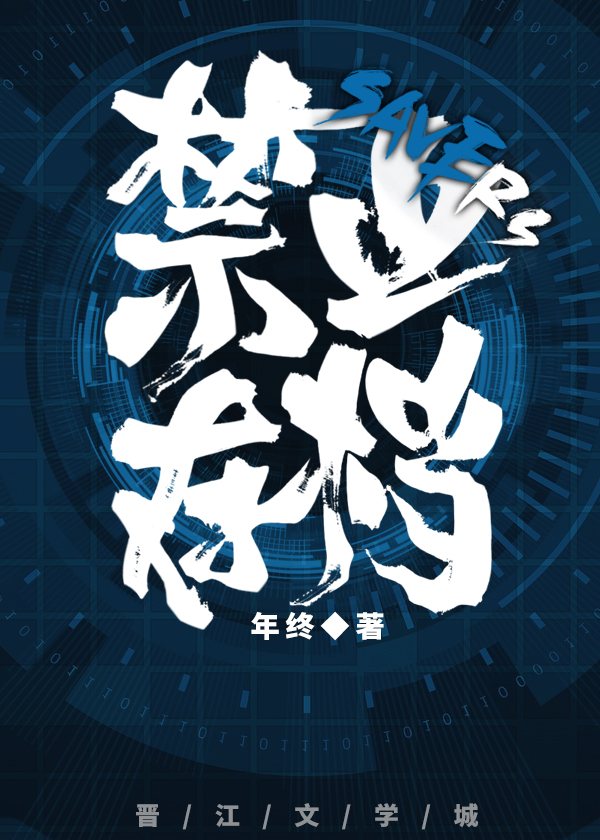 Status in Country of Origin. One entry per line
118 chapters + 3 extras (Completed)

The world’s No.1 professional player in [Erosion], ‘Undead Legend’ Shu Jun, was preparing to retire.

Finally returning to reality from virtual reality, Mr. Shu was in great spirits and even planned to confess his feelings.

[See You Tomorrow]: After we win the finals, let’s meet. I will come to find you. [Haze]: Okay.

When he opened his eyes again, he had become the game’s most dangerous monster.

Also, this isn’t an E-sports novel.

These are recommendation lists which contains Saving Unpermitted. You should give them a visit if you're looking for similar novels to read. Alternatively, you can also create your own list.
More Lists >>>

Rating: 4.7 I wanted to read something more plot-heavy/action-filled, compared to pointless romantic fluff, and this hit the spot. Don't worry, there is also just enough delicious gayness to keep one happy. This novel has also done a great job with both characters and story-pacing. It has certain secrets to unravel and issues to resolves and goes through them bit by bit in the story, without rushing everything in the end. The MC has a downright charming and playful personality with hints of sinister evil because of his new life as a... more>> 'monster' in the 'game'. I enjoyed every line of dialogue he gave. He starts as pretty strong, then grows into the most OP character in the story. The ML might be more booksmart compared to the MC, but when it comes to strategy forming, they are evenly matched, and the MC takes the cake in combat strength, hands-down. The ML is a stark contrast in personality, reticent and vaguely shy when harassed by the MC. He is described as 'cold', but as readers we often see how he acts around the MC--a bit shyly and cute. The relationship between them oozed equality and was deeply satisfying. Despite the dark content of the novel, the romance remained wholesome. Both parties cared a lot for each other (and after many chapters of both keeping their crush a secret) and weren't afraid to express that affection once they confessed. During hard times, there was an equal amount of saving each other and mental support. It was refreshing to have moments of them being 'a dangerous power couple'.
Spoiler

They are both manly and aggressive that I could easily see them having a switch relationship eventually, although in the story it is only hinted that the ML is on top (but these scenes are very few... so I still think it's possible that the MC would 'have his turn' later on, but for now just call the MC a power bottom). Additionally, the MC is non-human, sexy, and don't worry, he never loses his OP monster powers at the end for BS reasons like I have seen in other stories.

[collapse]
But because the relationship doesn't have as much drama once the two come clean about their feelings, I would say that the romantic aspect is often not the main focal point of the story. This is both a good and bad thing. If you are hungry for extra chapters of fluff romance, you will disappointed, but if you are the type who gets annoyed by unnecessary drama or dub-con relationships, you won't need to worry about such things between the MC and ML in this story. I loved the characters in this story, none are truly 'good' or 'evil'. Even the antagonists who have chosen to be destructive may have started down such an evil path because of a legitimate reason and have moments where they doubt themselves or seem to even regret what has come to pass. Even the MC is only neutral good, with no real like for humans besides the ML... for reasons that are understandable once you read. Notably, there is a lesbian side couple, and both of these female characters are well fleshed out and interesting. One is a grumpy researcher/doctor, while the other is a girl groomed to be a 'singer like a canary', but as she hated that restrictive life, took on another identity as a subordinate general under the ML. Pacing goes like this: The first half of the novel is more focused on the MC and ML coming together and solving immediate problems and gives the reader a healthy dosage of angst, while the last half is about overarching problems (saying too much would ruin the fun), until there is a war and final boss fight for the last 35 ish chapters. This is my only real complaint with the novel--while I think it was necessary that the ending would take so long to wrap up and the author did a great job of not letting any of the previous characters or plotlines rot, the relationship between the MC and ML is very minimized because of combat/politics to the point that they rarely meet. I would have liked slightly more interactions afterwards (instead the typical 1 chapter of 'the future is optimistic'). It also didn't feel as thrilling as the earlier parts of the novel because you basically know where the MC and ML stand in viewpoints, so it doesn't seem like there would be any major conflicts or tragedies at the last moment (besides side characters). So while it was supposed to be the largest climax against the final antagonist, it didn't actually make me worry as much as it should have. The novel has several interesting major themes. The environment and human rights, and how much people should bury their heads in the sand about certain issues before it comes back to bite later. For example, climate change and CO2 pollution is always present, but there are people who insist on maintaining the current status quo of oil usage and nuclear plants because they find that it has no other way. This novel points out that this then creates major issues for 'later generations--which could easily become your own, or your children's, to sort out. It may lead to bleak results because no one bothered to come up with better methods, and tried to keep using a system with major flaws long-term. Honestly, I did not expect such a complex message from a BL novel alongside the already entertaining characters and action--so... if you like lots of drama alongside the BL, a wonderfully drama-free/OP cp, and somewhat interesting takes on morality as fodder for the brain, I highly recommend this novel. <<less
37 Likes · Like Permalink | Report

5/5 Just for plot. It hit hard from the first chapters, when you understand MC situation, you gonna be like "oh hell no". Theme is quite dark and heavy, but novel is more on idealistic side. Don't be afraid of word "drama", this is type of drama when everything turns to be better, the more heart-wretching past were, the more fulfilling future will be. MC and ML most of the novel are together, but their relationship progress feels a bit to slow, they both to cautious with each other, yes there... more>> is a lot of reasons for this, but it still feels slow. MC and ML both strong, but still have some close calls, so I am not sure to call them "OP". If they were not that strong, they can't win this war, their goal close to impossible. Other good thing about thins novel - villians, I cannot fully hate any of them. They all have their ideas, motivations, reasons and beliefs. Even Sigma have a reason to exist, humans reap what they sow. Yes, there is some plot holes, and many things to idealistic (plans go to smooth to be real), but this novel deserves 5 stars. <<less
8 Likes · Like Permalink | Report

No rating yet but seems really good so far. I won't say much, but the synopsis and first chapter are misleading. This is not an e-sports, VRMMO, or gaming novel. What I mean is that there aren't things like 'quests', 'dungeons', 'classes'. It's a post-apocalyptic, monster-killing type of novel.
5 Likes · Like Permalink | Report
Leave a Review (Guidelines)
You must be logged in to rate and post a review. Register an account to get started.