Novel Updates
RegisterLogin
Theme
Search
Your changes has been saved.
Advertisements
Phoenix Overlooking the World – Who Dares to Touch My Abandoned Empress 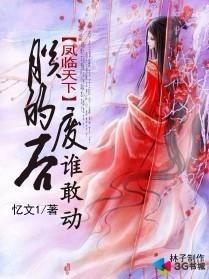 One entry per line
忆文1

Status in Country of Origin. One entry per line
556 + 24 special chapters (Completed)

Her position is high as the empress, but her life is worth that of an ant. She was given the cold shoulder by the emperor. On their wedding night, he cruelly told her, “You are a disgrace!”

His side consorts aggressively harm her, but he did not distinguish the right and the wrong. He punishes her heartlessly, stabbing her in the chest, almost taking her life. But she merely laughs, enduring everything. She calculates every step she takes, the fiery urge for revenge within her softening him like poison, compelling him to drink more, to quench his thirst even though it is detrimental to him.

When he wholeheartedly gave his heart to her, putting it all in her hand while saying, “Yue Er, no matter how many women I have, the only woman in my heart is you.” She gave him a cruel smile, “Thank you, but you are not in mine.”

“In this lifetime, I will definitely obtain your heart.”

One entry per line
凤临天下：朕的废后谁敢动

These are recommendation lists which contains Phoenix Overlooking the World – Who Dares to Touch My Abandoned Empress. You should give them a visit if you're looking for similar novels to read. Alternatively, you can also create your own list.
More Lists >>>

The only thing worse than falling for the ML is having him fall out of love with you.
Spoiler

The ML treats women like tissues, using them until he gets tired, then disposing them to some corner of the palace if they're lucky. The MC endures the ML's abuse since he's furious he needs to rely on a woman to secure his kingdom, while his various jilted exes target her left and right, including his half sister.

When their relationship starts to improve, she's kicked out of the palace after being framed for forcing his concubine's miscarriage, giving her an escape route. While various suitors offer to run away with her. Instead, she sits and waits until the ML seeks her out again, and for some reason instantly falls for him, despite all the cautionary tales before her since he's different this time, leading to a lot of angst and heartbreak before their happily ever after >>
[collapse]

I'll rate when more chapters are out. The story reminds me of the beginning of Empress with no Virtue, however, the Emperor in this story is much more hateful to the MC. I truly wanted to give that guy a bit*h slap and a knuckle sandwich for the sh*t he's done to the MC for no good reason. I mean, yeah, she came from the enemy kingdom as a peace offering so you might dislike her, but there is absolutely no need to go that far in humiliating her. Kudos... more>> to the MC though, she's one tough cookie and honestly deserves much better. Going by the synopsis, the Emperor is the lead male MC, but I wish someone else could just sweep her off. So far the story is alright and the translation is fine. EDIT: Oh man. The emperor... I'll put off reading more till it builds up. I get so annoyed whenever that s*upid emperor enters the scene and flails his s*upid arms. I just need to see him so henpecked or it seriously won't justify the sh*t he's done. <<less
32 Likes · Like Permalink | Report

Well I'm kind of historical, romance novel lover. I'm reading many book. Everyone ML has their own personality. I love cold hearted, ruthless, strong & other. BUT they should be loving towards MC. But in this one ML is tipoo much.......????. Well after enduring it. I gave up now. Just screw it. WELL IT'S MY OPINION SO DON'T FEEL BAD.
16 Likes · Like Permalink | Report

If you're reading this, then you should've read the other comments, and frankly they're right. The Male Lead is a douche for no explicable reason other than "You're my enemy who killed someone dear to me!" Cliche which still doesn't justify as the MC also was hurt from their empires war, leading to the unhappy peace-treaty marriage. He insults her any chance he has and the funny thing is, it's because he's developed a silver feelings for her that he doesn't even now it. Not only is he cruel to women,... more>> but has rash thinking that has harmed devastatingly innocent people near him.
Truth be told, I'm not reading the story for the romance (at least not with ML), but for the MC as she past the schemes of spiteful women. As for love, what love? If anything, I see the Male lead as an antagonist who ironically falls for MC which will be his downfall in the worst of ways. To the topic of why you should watch it, obviously for the angel MC. Sorry for not explaining why u should read this ^ in more detail. But I don't know if it's really worth it.
I hope this helps anyone. <<less

It makes me sick. So far everyone is full of hidden intentions and backstabbing. The emperor is paranoid and cruel and the empress is stuck dealing with the fallout. Seriously, I really struggled with how horrible he treats her. And now others are trying to use her. So sad.
7 Likes · Like Permalink | Report

Hello. Can someone please pick-up this story? Please! Please! Please! I really like the plot. I want to see how the emperor will beg her to obtain her love. Indeed, it is very heartbreaking to see the empress suffer repeatedly, but I really would like to see how the the tables will turn in the future chapters. Novels like this display the intricacies of the human heart.... more>> How much can the empress take? When will the emperor realize that he loves her? Will he abandon his pride to pursue the empress? At what point will her heart give in to his (the emperor's) wooings? Will they attain happiness in each other? These are the questions that I like to be answered and these can only be answered upon completion of the novel. So, please! I beg you! Please translate the remaining chapters. I do not know Chinese, so I heavily rely on these translations. Thank you <<less
5 Likes · Like Permalink | Report

Sorry guys, but I have to drop this novel. The FMC doesn't deserve this cruel treatment! Their marriage was for the sake of the two kingdom's treaty or something like that I guess. Why would this bastard emperor push the blame on her as if she's the one who force him to marry her and even stab her chest? Goodness, this is why I rarely read chinese historical-romance and modern-drama-romance because this kind of abusive character is realy a bad for my health!
3 Likes · Like Permalink | Report

Good storyline in the beginning but somehow lost in the middle. I gave up reading until c160. Writer said the Female lead is smart but the only thing she did is took all the blame. siggh...! unbelievable! Once is okay but it became her habit over and over again. that's useless.
2 Likes · Like Permalink | Report
Advertisements
Leave a Review (Guidelines)
You must be logged in to rate and post a review. Register an account to get started.