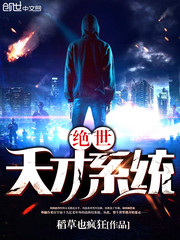 One entry per line
Straw Is Crazy Too
稻草也疯狂

Status in Country of Origin. One entry per line
859 Chapters (Completed)

Xiao Luo and his girlfriend had been in love with each other for four years when she proposed a break up. Because of this, Xiao Luo sped his car in the night and ended up in a car accident. But it was a blessing in disguise as he unexpectedly fused with a high tech system that originated from a universe hundreds of billions of light years away. From this moment on, the entire world started to run amok…..

One entry per line
The Genius System Without Equal
绝世天才系统

These are recommendation lists which contains Peerless Genius System. You should give them a visit if you're looking for similar novels to read. Alternatively, you can also create your own list.
More Lists >>>

Hello, I'm the translator for PGS and I am here to admit that it is my fault on why the early chapters (up to c200+) are bad. This was my first ever attempt in translation and I know that it took me long to adjust the quality (only starting at c230 and along with the other dropped novels I picked up) but trust me on this one, this novel is really great. The MC is its strong point, plus the comebacks and face slapping are good. Yes, the formula is... more>> the same like other novels but this is still a good read. We are looking to redo/pr the early chapters for future readers so that they would be able to enjoy this novel right from the start! Thank you to the readers who stuck with me in this journey. <<less
2 Likes · Like Permalink | Report

Absurd levels of nationalistic racism ruined what otherwise would have been a so-so novel, the type to read when passing the time. Save yourself the trouble of dropping it halfway through and skip.
0 Likes · Like Permalink | Report

Your typical weak-to-strong story. An average salaryman broke up with his girlfriend, got into an accident and died. As his compensation, he received a System, which worked by awarding points based on the amount of awe or anger or fear the protagonist inspired in others.

And using the accumulated points, the protagonist bought skills such as Constitution of the Mercenary King, Sinew Metamorphosis and Dragon Subduing Palm from the System.

At first I liked the story and empathized with the protagonist. He was humble and mild-mannered unless someone provoked him. Just like myself in real life. And using the skills bought from the System, he punished evil-doers. If you like face-slapping scenes where arrogant a**holes get their comeuppance, then there are a lot of such scenes in this novel. Very cathartic.

And then, after chapter 300, Nationalism reared its ugly head. I put up with the evil Emperor-worshiping Japanese MLM agents and the racist Navy SEALS soldiers because the author did not go overboard. For example, instead of portraying ALL Americans as Chinese-hating racists, the author made a clear distinction between American civilians and military personnel. And he explained that the American soldiers tended to display hostility towards Chinese soldiers because the Americans used the PLA as imaginary enemies during their drills.

Fair enough. It's more acceptable than the usual crap where every single white person in a Chinese novel is a Chinese-hating villain.

But then around chapter 584, the protagonist did something unforgivable.

After the rape, the female lead truly fell in love with him and handed over her company.

At this point, I thought that the story was too s*upid for me to continue reading. I gave up and stopped there. The end of the road for me.

Later on, there's supposed to be some fighting in Japan where, no doubt, more nationalistic bullsh*t can be found.

Attempted to read this a few times as the premise sounds good but completely gave up as the tl likes to add a random comment in after every couple of paragraphs. I wanted to read the novel, not the tl's thoughts on the novel. Really appreciate the time and skills of tl's but don't understand why some feel the need to intersperse their random thoughts throughout the chapter like this.
15 Likes · Like Permalink | Report

I've read the raws for this one a while back. It was one of my favorite under the genre, some parts can be a drag and some are extremely cliche, but all in all a fun read. The ending was a bit more on the disappointment side, still it was a fun read, one of the few novels I've read from beginning to end without skipping a chapter.
8 Likes · Like Permalink | Report

It's tolerable for the first 150 chapters, I read 150 - 400 chapters simply because I invested time into the story and didnt want to drop it. Chapters 400 - 640 was pure sh*t and 640 is where I dropped it because all it was for the last 250 chapters was Chinese nationalism.

Next mission MC goes to america and fresh off the plane, people he knows are being bullied and insulted for being Chinese. I dropped the novel right there because all this novel became was some sick hate driven garbage.

The beginning and the middle were the best parts. The end wasn't terrible, it didn't fit. This story has a few plot lines that seemed cliche in the beginning but broke the trend surprisingly. He didn't marry the girl he was a body guard to, nor did he date the woman whose life he saved. There were many instances where the story could've picked a mindless harem to satiate fetishes—nurse, flight attendant, CEO, doctor, you name it. There are almost all potential female characters, but the author never gave them chance and... more>> I'm glad he didn't. The story was more grounded, more realistic and because of it, more enjoyable. It doesn't jerk off your ego, but it definitely let me think back to the fantasies that are near delusions which are written in these books.
Spoiler

Despite the polygamy at the end, I'm satisfied with where it left me. (Though the ending chapter could've been better, seriously.)

And yeah, I wanted him to pick some of the girls who madly pursued him. It just didn't feel right. Maybe it's just me, but hey, that's an opinion.

This in line with the synopsis, and truly interesting. I really want to give it 5 stars, but the translation is a bit lacking. For the most part, it is readable, but it feels like mtl at times. This is especially so with character names appearing translated rather than their pingyin version. There are also times where words (mainly curse words) are translated literally rather than using their western equivalent. If I did not have basic understanding of the Chinese language, and common knowledge of Chinese slang, etc, I would be... more>> very confused. And as others have mentioned, the translator enjoys leaving personal comments wherever they like. This is distracting, but not too bad, as many translators do this in Japanese novels. So, I am mostly able to read selectively. Grammar is also weird in places. Tense is also poorly used. Most noticable is the misuse of present tense where it should be past tense. It really needs an editor's touch. <<less
2 Likes · Like Permalink | Report

Don't let the bad reviews get into your head. For me, it's a great entertainment novel. It has everything one can expect. Romance, Ruthless yet intelligent MC, good comebacks, face slapping moments, good action moments, somethings are cliched but still feel fresh. Translations are bad cause they are MLT but as the novel goes on it generally improves.
1 Likes · Like Permalink | Report

Not superb, a decent story nonetheless, way better than most of the popular novels in an adult eyes (don't get me wrong, ahem!), or at least me. An MC with great personality which is really hard to find. The pace is not fast nor slow witch keep it enjoyable. Though the translation kept dropping until about 60 it became unreadable machine translation witch is really a huge disappointment, I had to reluctantly drop this novel.
1 Likes · Like Permalink | Report

What is rather 'new' in the novel is that the MC doesn't transmigrate but just revive in the same body, due to having only read 3 Chapters, I can't say a lot about the novel but the translation is pretty annoying to read due to the Translator putting notes every 2 Lines, I think that there was more words of the Translator than actual Novel
1 Likes · Like Permalink | Report

I really enjoyed this novel. And really hope they update it. It was a good read the site was a bit annoying though. It has a lot of action and some heavy moments the harem tag it currently * spoiler. Half true as he's not really in any real or official relationship. *End spoiler.
0 Likes · Like Permalink | Report
Leave a Review (Guidelines)
You must be logged in to rate and post a review. Register an account to get started.

Journal from Another World