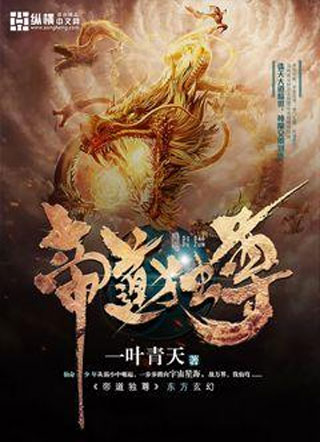 One entry per line
One Leaf In Sky
一叶青天

Status in Country of Origin. One entry per line
2219 Chapters (Ongoing)

The doomsday fell upon the earth when a dragon coffin sealed under a snow mountain for ages shifted, and the civilization of gods and devils began. The whole universe turned into a fantastic new world where everyone could rise to the top through cultivation. A lucky young boy seized the opportunity, and started his journey to be an overlord in cultivation.

One entry per line
帝道独尊

These are recommendation lists which contains Overlord in Cultivation. You should give them a visit if you're looking for similar novels to read. Alternatively, you can also create your own list.
More Lists >>>

Really hard to understand this one. It feels like a schizophrenic mess of ideas slapped together with deceptively good grammar, yet when you scratch the surface you find that it appears 60-70% of the content is missing. The plot jumps around like a spider high on caffeine. Who is the MC talking to? Is it himself? Wasn't he just in one place, how is he now in another? He just said he was hungry but now he's in a garden, what about eating? Oh a new character just appeared but the... more>> MC supposedly knows them because plot? Everything just jumps around, and then you get weird lexical choices like "overmatch", what is an overmatch? Author doesn't really say, but it is mentioned as if we should know what it means. I mean, it LOOKS like I'm reading English but I constantly feel like the words I'm reading are not the words that are supposed to be there. I don't know if this is a cleaned MTL or what, but I do know that I'm terribly confused, yet I get the contradictory impression that this story is very simple and the story I'm piecing together with giant guesswork is probably exactly what is happening. Website is nice though. <<less
9 Likes · Like Permalink | Report

The overall plot is okay with mysterious world building. It's about the awakening of the earth with natural essence that would help humans to cultivate. And there're many mysterious planets where the cultivation environment is said to be much better. I really look forward to how the MC would develop and when he would travel across the universe to other planets for better resources. The only issue is that sometimes I got quite confused with some of the names, which I have to get back to previous chapters for reference.
3 Likes · Like Permalink | Report

MC is the chosen one with a mysterious past, and the most unheard of talent in the universe ever. The alleged modern earth thing is irrelevant, when magic is born most tech stops working, most people die from qi poisoning and society collapses before being rebuilt as mostly standard xianxia. Also ancient cultivator ruins are suddenly unearthed (which doesn't make any sense, since apparently its normal for planets to be born without magic before evolving to have magic). All of this is combined with a 100 year time skip after magic returns... more>> (chapter 1) where MC was trapped in some sort of time stasis for reasons, and the MC somehow being level 1 with memory loss at chapter 1, what you have is basically every other xianxia fic that is pretending to be set on earth but isn't. You have young masters, and cultivator like behavior everywhere, heavenly luck, coincidences and plot armor galore, and people arriving at the last millisecond to save someone. It is an ok story to burn time if you really like the genere, but nothing special. Also for some reason the MC rarely kills his enemies, they try to kill him but get spared. So the same side characters keep on trying to kill him again and again before he finally gets around to killing them. Flying-lines translation is cleaned up machine translation. Its a little better than uncleaned machine translation, but it was not even cleaned up fully. 3/5 for the story 2/5 for the translation <<less
2 Likes · Like Permalink | Report

A good read for fun. Yes, the beginning of the novel may be a bit boring as Su Yan seemed to know nothing about himself and other students of college somehow hate him for no reason. But as I read on, the story gets more interesting. The male lead gets more powerful with this dragon totem hidden in his arm. I really like the dragon totems, it really got a sharp nose for treasures!!! How I wish I’d also have one such thing, hahaha. Anyway, if you’re looking for something... more>> that would make you laugh, have a try. I enjoyed it so far. <<less
2 Likes · Like Permalink | Report

The pace of this book is slow and solid. I like the author’s world building and style, characters are fleshed out. They have their background to justify their action, which makes every character realistic. A good book.
1 Likes · Like Permalink | Report

Pros: The premise and setting of this novel is very interesting and unique. The world building is amazing and very mysterious. Perfect blend of face slapping with training. Cons: Grasping at straws here, but the names are super confusing. Action scenes happen in seconds. No sh*t talking for a chapter until the real battle begins. Not sure if this is a bad thing or good thing though because it is preferential. Need editing on some chapters. Overall, I am super engrossed in the plot and the worldbuilding which makes up for its cons.
1 Likes · Like Permalink | Report

Things are getting intriguing these new chapters. With the second mutation of the earth, things are getting thrilling. And the MC is finally acting ruthlessly. He tries his very best to stop whoever trying to harm his little sister, who in fact, is... haha, guess you'd better check it out yourself, or I'll spoil the fun. Well, Su Yan did fight hard, but he is not that OP, at least not that much that I cannot bear to stand as in many cultivation novels. He also meets enemies who he is not able to compete with for now, so he had no choice but to run. And that quite makes sense for me. Well, I'm really sick of those MCs who can kill whoever oppose them despite the huge gap of cultivation.