Novel Updates
RegisterLogin
Theme
Search
Your changes has been saved.
Advertisements
No One Knows

Home >
Novel >
No One Knows 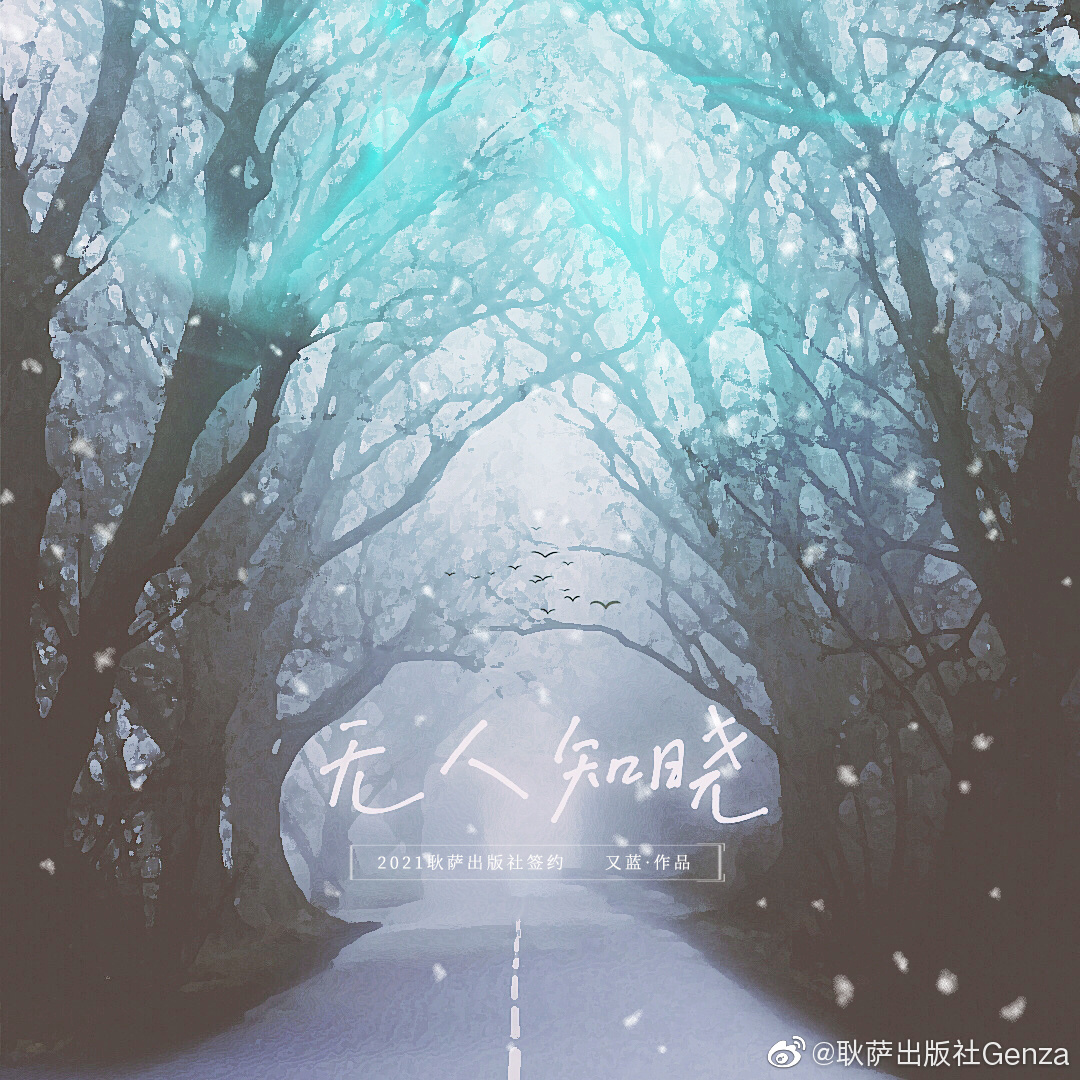 One entry per line
Youlan
又蓝

Status in Country of Origin. One entry per line
4 Chapters + 4 Extras (Completed)

On a cold wintry evening, he finally closed his eyes for an eternity.

He Yusen came back, hoping to have one last look at his ex-lover, whom he still loved so much. However, what met him was a pair of eyes full of hatred and excruciating pain from the other person’s sharp words tinged with obvious animosity. In addition, another person was already by his side — his new lover.

With all of these laid painfully in front of him, he could only resign to his fate and keep his illness a secret upon himself. Nevertheless, in his last moments, he wasn’t able to endure his innermost desire and called him, “Lu-ge, how good would it be…” if I didn’t get sick?

Unsure if he was able to say the rest, he forever closed his eyes. No one came to know what his last words were.

Lu Jing didn’t hear He Yusen’s words. When his ex-lover came back, all he wanted to do was return all the pain he had suffered to the person who ruthlessly abandoned him. For that purpose, he introduced a new lover and went to various places that he and He Yusen promised to visit together when they were young.

He didn’t imagine that this thirst for revenge would cost him the chance to see the person one last time.

One entry per line
无人知晓

These are recommendation lists which contains No One Knows. You should give them a visit if you're looking for similar novels to read. Alternatively, you can also create your own list.
More Lists >>>

Alas, there is no regret medicine on earth. It's a solid short story that doesn't deviate from the summary and delivers a good jab to the heart. It's sad watching HYS be forced (though HYS is also willing to be forced) to watch LJ parade his new, younger, and hotter lover in front of him as revenge for abandoning LJ years ago. But I think the reason why this story is both sad yet not really is that this entire situation is both their fault. In all fairness to LJ, HYS... more>> literally wrote an email and skipped out of town without giving any reason; effectively abandoning LJ to be left with all the questions and doubt with zero answers. Through the entire story, HYS continually keeps his illness a secret and doesn't explain a damn thing. Is LJ in the right for treating HYS this way? No, but HYS isn't any better for literally abandoning his lover and keeping everything a secret. It's easy to sympathize with HYS because the readers know he's sick and dying, but LJ literally has no idea so you can't even begrudge him for treating a sick person like this. The story is ok but the problem is that under all the sadness is this feeling of annoyance because LJ would have done everything differently if he knew HYS had a terminal illness. This whole situation could have been avoided had HYS opened his mouth at any point and said "I am dying.", but HYS doesn't, so LJ didn't, and thus this. I get that the author wanted a quick sad story, but with the easiest solution being just a sentence away, it's hard to truly feel bad for HYS or LJ without a tinge of irritation. <<less
13 Likes · Like Permalink | Report

(nothing's gonna be in a spoiler drop-down cuz it's such a short story and everyone kind of knows what's gonna happen from the very beginning) It's a heart-wrenching story. But I felt like there was a lot to be improved story-wise (no comments about the writing/translating, it was impeccable). I felt that the MC is not to be pitied. He left his lover with little to no warning because he didn't want to give the ML hope that things could get any better. He wanted a clean cut-off to their... more>> relationship. Okay. Bad idea. What he actually did is leave a scar on the ML's heart forever, which leads to the bad decisions that he makes concerning the MC when the MC comes back. Oh yeah. The MC comes back. It's hypocritical. First, the MC wants a clean cut-off. Then, he wants to enjoy his last days with his lover. First, he makes a bad decision. Then, he somehow makes that decision even worse. Because all going back does is reveal his true intentions in a heartbeat. He basically leads the ML into a downward spiral of death and despair, making the ML think that he's at fault for not knowing something that he couldn't have known. The MC wants his lover to live a good life, but then destroys his lover's chances at a good life with his own hands. However, the fact that the MC is sick and on death's door can give rise to sympathy from the readers (like how prisoners headed for the electrocuting chair get a last meal, everyone feels it). In such cases where emotions are high and the author leaves the faults of the MC out, we think that the MC is pure and unsullied. We think that the ML is the villain. Don't get me wrong, the ML should have never treated the MC the way he did after the MC came back, but at least it was warranted. On the other hand, the MC's intentions and actions are entirely contradictory. He's the reason that the tragedy of this story really exists. <<less
4 Likes · Like Permalink | Report

This story means to tell us that we should stop being mean to other as a revenge. Because revenge not only breed more hatred or suffering and usually never ends well, but yeah overall this story was pretty good, I just want to see ML suffering more 😄, but yeah, knowing MC couldn't come back already making him pretty miserable. And actually the one still living will be the one suffer more, they will always regreting their mistake. Yep, im sucker for tragedy so 5 star for the author and... more>> thank you for the translator, second life always doing a good job at translation. 😁 <<less
2 Likes · Like Permalink | Report
Advertisements
Leave a Review (Guidelines)
You must be logged in to rate and post a review. Register an account to get started.