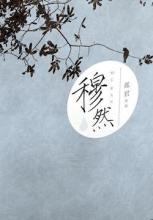 Status in Country of Origin. One entry per line
Completed with 58 chapters and 4 extras

One entry per line
Muran
穆然

These are recommendation lists which contains Muted. You should give them a visit if you're looking for similar novels to read. Alternatively, you can also create your own list.
More Lists >>>

the story is soo good, well you will maybe feel a little frustrated bc Yi Tian has such a highly character about himself and unwilling to explain things thoroughly so there are some misunderstanding between them that's seem hard to reconciled🐤 but there are gonna be a lots of fluffyness come along the story 💞
1 Likes · Like Permalink | Report

It's a gem!! But you would have to cry rivers for it. The little girl Mu Hao gives some soothing effect to the crying spirits of the readers. It's a very sensitive story. Both the MC and ML have done something to be regretted.
Spoiler

While MC once drugged ML and forced him and took some photos to blackmail him, his blackmailing was bound to have no substantial results due to ML's identity and he never made a full use of those. But he was given the retribution he should have been given, the ML didn't liked him and humiliated him. As for the ML's part, he not only humiliated the MC, he even retaliated back for three years, which is a big period of time when it comes to feelings. It is at this point that I feel that ML did wrong to MC. MC never asked for money from ML although ML had many lovers before to whom he gave sports car worth millions, but ML used MC's home as his own and humiliated him for three years to the point that a normal man came to have mental problems. ML was fully capable to check out MC's identity or even break-up with him at will, yet he didn't but continued to torture the poor guy.

[collapse]
In my opinion, even though ML and MC ended up together and ML also realised the pain of unrequited love, MC deserves to be with a person who's normal in all aspects especially when it comes to crazy tendencies such as those that ML had - torturing the MC's love for him and testing his bottom line. One who keeps him safe from such bad things and give security to MC's inferiority complex. It's a great mental journey to go through when reading this. It really tells you how misunderstandings destroys one's life. Not caring for someone or indulging the person who's malicious for them turns out to bring not only slight harm but also destroying one's spirit, his mental world and his pillar of life. For Mu Ran, meeting Yi Tian was the most fortunate event yet unfortunate also. The man aroused his love yet destroyed his spirit. If the ending of the novel hadn't shown Mu Ran happy, I might want to go and cut the author into pieces. What Yi Tian had done to Mo Ran for three years, if someone had done so to me for even a week, I might have well said a goodbye to that guy and left him behind to continue living my life without that jerk! From when I started reading it and till the end, I think I have never had a single chapter in which I didn't cry! : (
11 Likes · Like Permalink | Report

̶p̶̶l̶̶s̶̶ ̶̶t̶̶r̶̶a̶̶n̶̶s̶̶l̶̶a̶̶t̶̶o̶̶r̶̶-̶̶s̶̶a̶̶m̶̶a̶̶, ̶̶ ̶̶s̶̶t̶̶o̶̶p̶̶ ̶̶t̶̶a̶̶k̶̶i̶̶n̶̶g̶̶ ̶̶a̶̶n̶̶g̶̶s̶̶t̶̶ ̶̶n̶̶o̶̶v̶̶e̶̶l̶̶s̶̶ ̶̶a̶̶n̶̶d̶̶ ̶̶m̶̶a̶̶k̶̶i̶̶n̶̶g̶̶ ̶̶m̶̶e̶̶ ̶̶c̶̶u̶̶r̶̶i̶̶o̶̶u̶̶s̶
cough, curiosity kills the cat. and I am the cat. in short, this novel is about two very-unsuitable persons entangled too deep in love. MC is too stupid for his own good and falling too deep in his inferiority complex to acknowledge ML's love for him. and ML is too prideful to even admit that he loves MC and can't live without him. the result is tragedy, angst, misunderstandings and pain. in one word, geez.
the happy ending is quite... more>> a miracle tbh. is all the suffer really worth? idk and I'm pretty much sure I don't want to be in this kind of situation.
no, you can't change my mind. truthfully I'm not fan of this genre that's why I can't bring myself to give 5 stars. I'm sorry to say that I'm too logical and heartless but still I can't change my way. even so, the flaws I said here are not exactly flaws. I know some people will indulge in this kind of things but I'm pretty sure I can't. really. if you need some tear-jerkers, this one is really great. but if you feel you're not really in stable emotions or dislike dog-blood drama, I suggest you to avoid and find anything else.
i did not cry while reading, I admit. but that doesn't mean I was not shaken. I did convince myself several times that I won't make mistake like this CP and have this situation, constantly. moral of story; please communicate properly and straightforwardly without any fear and cover, also just throw away some pride if you really love a person.
...... I said some, not all. ok? <<less

Excellent translation from bbtl as always but this novel was a hard miss for me. ... more>>
Spoiler

you see MC when you are a rapist you will be hated by your victim, so I don't really understand him moaning and being depressed about how ML wasnt won over by his years of house wiferywork (which we find out he was he was just a wacko too)

[collapse]
ML being so unlikeable and the MC having the personality of cardboard box what a couple👬💜 MC tactics to score a bf being r* him, blackmail him, do some great housewife work for a few years then when that doesn't work leave him and get amnesia is just *chefs kiss * <<less
2 Likes · Like Permalink | Report

Honestly, I cried so much. This story is so innocent and sweet. Despite what the MC did to the ML, it was such a silly thing to do. He's such a fool, that you can't help, but love the MC. If you want a story that will is heartwrenching, fluffy, and dramatic. This is the story. There is however way too many hospital scenes.
1 Likes · Like Permalink | Report

it is very well translated and the story is perfect in describing how an person might sometimes feel so hopeless and helpless in life and add to it the feeling of always feeling unworthy of love that the protagonist is feeling and then you will have this mess. Author has tried their best in portraying how sometimes a single gesture can save a soul as at the same time a careless one can destroy a life and how we sometimes forget that a human can be more fragile than a... more>> glass vase. <<less
1 Likes · Like Permalink | Report
Leave a Review (Guidelines)
You must be logged in to rate and post a review. Register an account to get started.