Novel Updates
RegisterLogin
Theme
Search
Your changes has been saved.
My Husband Is An Undead

Home >
Novel >
My Husband Is An Undead 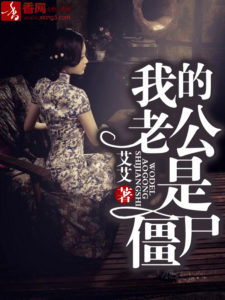 One entry per line
艾艾

Status in Country of Origin. One entry per line
229 Chapters (Complete)

In her previous life, she had trusted the wrong person with her heart. She had thrown everything away for that man, dooming her entire family to the point where even their bones had become ash in the wind. In this life, she caught his fancy. Upon starting her life over, she joined hands with her Jiangshi* husband; punching white boned demons, fighting fox spirits…

In the midst of this chaotic world, she joins him in pursuit of a common goal…

*A Jiangshi is the Chinese Hopping Zombie which drinks blood instead of eating brains likes western zombies. So we didn’t use zombie because it would give the wrong image… or use Vampire which technically covers all blood-drinking creatures because it isn’t that either.

One entry per line
My Husband Is A Jiangshi
我的老公是僵尸

These are recommendation lists which contains My Husband Is An Undead. You should give them a visit if you're looking for similar novels to read. Alternatively, you can also create your own list.
More Lists >>>

I think it was my first to drop reading a book. It's quite boring.. I am only interested how the MC relation with the jiangshi. But their interaction is also boring. Maybe it was just me. I am not saying this so you will not read this but I just don't like the flow. ... more>>
Spoiler

First, she and her maid were both reincarnated person and also ML.

Second, in her first life, she was doted by her father since she's the only daughter but when she wakes up from her rebirth, she found out that she has a illegitimate sister which were the cause of her death.

3rd, since her half sister arrive, her father always scolded her or unhappy to her and her father did not even side or listen to her if not ML explain what really happens.

4th, their world was a fantasy like world that did not even know in her previous life. And the man who betrayed and kill her was actually a fox spirit :/

5th, I hate white lotus which is literally her stepmom and her half sister.

6th, the father loves MC mom but before the wedding night, the father slept with her stepmom. Maybe, also the reason why her mom died (just speculation)

7th, I hate her father

Not a totally terrible start, but the only saving grace for me right now is the potential romance in the future.
Spoiler

I hate the fact that there's just "coincidentally" two rebirthed characters, with the foreshadowing of possibly more than that! I hate it very much and nearly dropped it as soon as I figured it out, but I'm a bit curious of how the romance in this will unfold with a jiangshi as a husband.

[collapse]
I would wait for a bit before anyone reads this for real. It has a bit of potential, but I wouldn't bet on this being the favorite of many.
3 Likes · Like Permalink | Report

I'm really surprised that this novel isn't more widely read and that some find it boring. Personally, I find it really engaging and unique. The plot is interesting and it lightly examines some psychological issues related to revenge as well as interpersonal dynamics in a way that is shown, not told, while still being a light and humorous read. Another plus, it is absolutely free of rapey dymamics and sexism that's so prevalent in many chinese novels. One of my favorites thus far.
0 Likes · Like Permalink | Report
Leave a Review (Guidelines)
You must be logged in to rate and post a review. Register an account to get started.