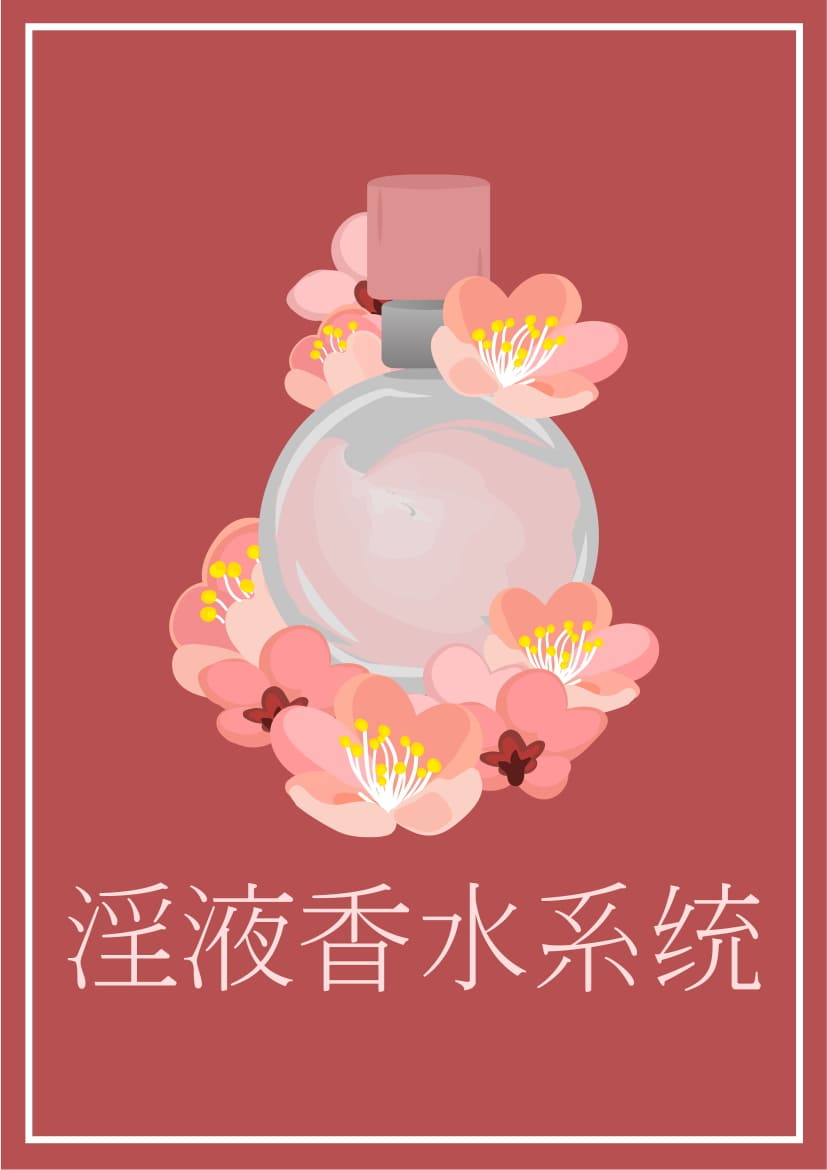 One entry per line
连欣

Status in Country of Origin. One entry per line
123 (Completed)

After being contracted with the kinky perfume system, Lian Xin had to find ways to have s*x with men who met the conditions, using the liquid to extract the perfume solution, or face constant punishment..

One entry per line
淫液香水系统

These are recommendation lists which contains Kinky Perfume System. You should give them a visit if you're looking for similar novels to read. Alternatively, you can also create your own list.
More Lists >>>


Write a Review
12 Reviews sorted by

The smut is good, you have basically every kink fulfilled: dominating CEO, refreshing school grass, gentle doctor, righteous policeman. The premise is also interesting and I like the concept of her “punishment.” But I don’t really like the main character herself. There’s really nothing to admire about her other than the fact her scent is an aphrodisiac and she has a good body. All the male leads like her for her body and she wants them to satisfy her mission. How she gets them tempted is just by begging and... more>> showing skin. She has basic common sense but her intelligence doesn’t go beyond that. I feel too bad for literally every other girl in this story to give this story any more than 3 stars. It’s honestly kind of frustrating seeing girls who like the male targets get brushed aside because the male leads are obsessed with lusting after the MC. I really want these poor cannon fodders to get their justice. I’ll keep reading for the smut though ¯\_ (ツ) _/¯ <<less
0 Likes · Like Permalink | Report

The smut is good. The translation is good too. Easy to understand. The reason why I give 4 is because it take too long to release the next chapter. More than two weeks lately. Or twice a month. I don't mind paying patreon or kofi, as long as there's fix schedule release.
2 Likes · Like Permalink | Report

I was actually torn between giving a review or not. But if you want to read this, well it is a pit. No plot whatsoever. Romance is an illusion. It is just pure lust. The MC didn't love any of the ML. The MLs didn't really love the MC. They were just addicted to her physically. The only decent ML who actually loved the MC was the half-brother. He has some good lines too that were really heart-wrenching. I felt that he could have a better partner, but MC is a pit. Damn,... more>> give me this man, Jian Li. He is so yandere, but at the same time decisive. If it weren't for the cheat of the MC, this bro won't give a damn to MC. <<less
12 Likes · Like Permalink | Report

I think this story isn't about life but more of her completeing her missions. She enjoys the process and I do too. Definitely would recommend this novel
6 Likes · Like Permalink | Report

Fyi they really liked her... well she slept with 7 guys in total I think and she ended up with 5 of them... like 5 husbands hehe... the 5 guys are:

2) feng something (the ceo, the first mission dude),

3) Suzi the doctor (friend of feng something) (feng and suzi are vest friend and did threes*m* with her most of the time hehe but they were jealous at first when they didn't yet know they like the same girl), (2nd target)

They all bought houses in one community that's next to each other so she have like a secret garden there lol because they circled from one another and big land... also she live permanently at her brother's because well he is the brother hahaha...

The 2 other guys are like not really serious... 1 is for the sake of mission but that guy is a superstar singer and is always on the media and she doesn't wanna deal with that and she doesn't like publicity... and the other guy was the brother of her 2nd target/husband, Su Zhenyu? Or Zenyi?.. anyway that brother is like one of her spare tires she can sleep with lol... he's super serious and against her being with his brother because she's immoral... but he still likes sleeping with her lol and faced his hypocrisy and accepted that he likes her too lol....

It is interesting but what I disliked about is MC's dishonesty. She doesn't love any of them and just want sex. I feel bad for some ML and absolutely hate the system. But snu snu wise its 👌👌. If your here for snu snu scenes then read this lol
4 Likes · Like Permalink | Report

i think this story is very interesting 🤩🤩🤩 definitely not the same as other system stories though!
2 Likes · Like Permalink | Report

It's an interesting plot for a reverse harem... looking forward for the other chapters.. thanks
1 Likes · Like Permalink | Report

The fact that the author's name is Lian Xin, which is the same name as the MC of the novel repulse me greatly 🤮, but nonetheless the smut is great, the MC is kinda all over the place (or the dicks) so whatnot.
0 Likes · Like Permalink | Report

The snu snu is the best, but I felt bad for all the ML in this novel especially FL half brother. After the system asked our FL to have snu snu with her half brother made me lost interest. So I prefer to skip the story if it involved her half-brother.
0 Likes · Like Permalink | Report

I think the story is interesting. There are RARE story about FL have s*x with surrounding male characters. It kinda boring to always read about MC (male) to make many female characters around him as the s*x partners (harem genre). So this novel is really amusing for me. There's no plot or romance in this story though, so don't expect it
0 Likes · Like Permalink | Report
Leave a Review (Guidelines)
You must be logged in to rate and post a review. Register an account to get started.