Novel Updates
RegisterLogin
Theme
Search
Your changes has been saved.
Taking My Elder Brothers As Husbands 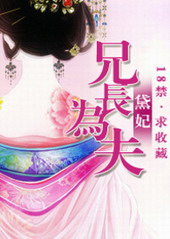 Status in Country of Origin. One entry per line
116 chapters completed

Ever since she started putting on the beautiful jade bracelet she found in her ancestral home, wet dreams began haunting Xu Wan every night.

And, on the forty-ninth day, she transmigrated.

Basically, this is the story of how two elder brothers raised their little sister into the perfect wife.

One entry per line
兄长为夫

These are recommendation lists which contains Taking My Elder Brothers As Husbands. You should give them a visit if you're looking for similar novels to read. Alternatively, you can also create your own list.
More Lists >>>

Aiyo, I can say that this is a hardcore smut with extreme stimulations. I like it though Oh God, forgive me. So at first, I was getting annoyed with the MC as she is against the incest thing. Deny here, deny there. At the same time, I felt sorry for her as she has to deal with two guys, should I say beasts? Lol But after she regained her memory and a few words from her... more>> friend, she accepted their relationship. And yeah I wasn't annoyed anymore. Especially that my annoyance was lead to other characters. As for the age, I'm not that concerned. This was set in Ancient China and 13 can be almost considered adult, since adult ceremonies were held at the age of 15. Also, I've read quite a lot of stories set in the old eras so I can say I've been tempered (ಠ ͜ʖಠ)
Spoiler

MC gets her chrysanthemums popped around the last chapter, and though it's MTL, I still found it hot. But that's not the real spoiler though.

They took care of her stepsister's son who's cute as hell. He just want her mother's hug but the 2 guys don't allow it. Even a small child is not allow to touch their treasure. These guys are drinking vinegar for nothing lol

Beware of paint brush, grapes, jade bottle, burmese bells, GO pieces and some other things being inserted into her gucci.

[collapse]
Is this even a review? Idk how to write one rip 💀 <<less
0 Likes · Like Permalink | Report

I hate it when MC try so hard to avoid something but can't and in the end have to live with it. I'm not going to rate this since they warn about r word at the beginning. I just thought that the r*pe was meant for original host and MC who transmigrate and knew the history will try to actually have fun with it. Sigh it is really so hard to find a consent smut. Why all the girls have to feel shame, have to say no to be viewed as a... more>> NICE girl. The society really love to r*pe woman. <<less
18 Likes · Like Permalink | Report

One of best, nice rebirth story, plot and world building is interesting. Smut is hot. MC is likable and Male leads is yandere and dote on MC very much. This is my favorite historical R18 novel. Recommend great novel😍
14 Likes · Like Permalink | Report

dude, honestly. The s*x positions are so tiring to read. Picture this: the two bros f*cked their sister. Sounds okay, right? But here's the thing. They tie her leg up while she's standing on the bed. Her hands are also tied up in the ceiling and they also tied up her chest so her naked flesh resembles like the Michelin man. Like. The. Michelen. Man. It's not only tiring but really, tying up your beautiful sister so she'd resemble like a Michelin man and this is supposed to make you... more>> go crazy. No. this is hard core but hard core in a sense that by the time they cum you as a reader are so exhausted imagining what the hell is going on. There's lots of rope and degrading words like sl*t and c*nt. so exhausting to read. Give me something like the Dark Empress and I'm happy. Woh! <<less
9 Likes · Like Permalink | Report

Possibly the best smut novel I've read here. Everything was translated beautifully, and smut scenes were nosebleed inducing. I've come to a point where I'm waiting for each chapter just to see how low these brothers could shamelessly go!
9 Likes · Like Permalink | Report

The novel is generally good. Smut was on point. I have nothing against the overall idea of the author. I just have some issues with the character development. just in case. ... more>>
Spoiler

I have trouble reconcilling with the development of the MC. At the start of the story, the author made it so thats the MC would absolutely hate the idea of incest/rape. So I was gunning for the MC really fighting to escape such happenings. But when the deed is done, the MC actually didn't mind at all? She just allowed them to r*pe her. And yet she made a feeble attempt at saying no. It irkes me really. I would have settled if the plot went darker like the MC attempted to do something horrible or suddenly discovered s*x is good.

The molestation begins when the MC is 13. THIRTEEN. Before she even gets her period (she gets it immediately after the first heavy scene, like that makes it any better). She's physically a CHILD. They know her as a child. THEY'RE PEDOPHILES. There was no underage tag, or pedophilia tag (I'm going to add them if it lets me). Why wasn't this tagged?

I'm trying real hard not to victim blame here, but when a woman old enough to know better is traumatized by incestuous assault by a man who terrifies her and then in the next scene is leaning into him practically giggling and asking for nooo not that one, THIS one as he feeds her, you really want to shake her by the lapels yelling WHAT IS WRONG WITH YOU.

2 grown-up man and underage 13 girl. 😐 For me, It was really wrong with it, plus like bottle or grapes into her thing. Plus rope scenes that I tired so hard to imagine it, but failed still can't get it. Plus the little girl get erected for immoral words.. I'm speechless. Still 5star for the effort.
3 Likes · Like Permalink | Report

Read the tags and warning at the description clearly! If you're okay with it then just go ahead read this. Plot and world-building is good. And the smut is so HOT DAMN I tell you! Btw, this is the first harem novel that I like. At first I'm a little hesitant to read exactly because the harem tag. But it turns out I just love the dynamic of the three siblings.
3 Likes · Like Permalink | Report

MC and her friend is funny. The brothers are different but both love MC.
1 Likes · Like Permalink | Report

dang!!! At first I was curious and I was even reluctant then to my great surprised I was having fun! i know some of us well rise our eyebrows by mere reading the summary of it. But as fan of reading, I highly recommend this beautifully well cleaned translated novel. i wont elaborate why but just try it. thank you so much for Smoggy translation and CrazyPanda for your hardwork!!! Please be healthy always!!!
1 Likes · Like Permalink | Report
Leave a Review (Guidelines)
You must be logged in to rate and post a review. Register an account to get started.

A World in Chaos