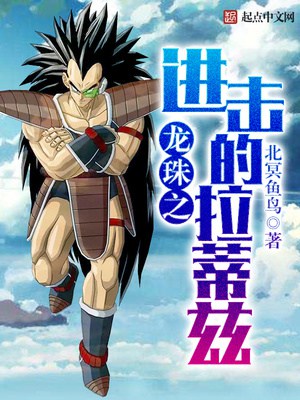 One entry per line
北冥鱼鸟

Status in Country of Origin. One entry per line
589 Chapters + 2 Extras (Completed)

After he bought some Dragon Balls online for 30 dollars, and after made a wish, he actually found himself in the Dragon Ball World!

However, his fate was to become the most tragic brother of a Hero in history: Raditz!

Who said that Raditz cannot surpass everyone? One who already has the hair of a Super-Saiyan III should have nothing to fear!

One entry per line
龙珠之进击的拉蒂兹

These are recommendation lists which contains Dragon Ball Z: Attack of Raditz. You should give them a visit if you're looking for similar novels to read. Alternatively, you can also create your own list.
N/A

There are a fair few CN novels here that are parodying JP's IP portfolio, and this novel is one of them. I usually just skim through the description and user reviews and I will go ???‍♀️?‍♀️??? And decided not to read them. But today, on a Sunday where there is nothing worthwhile to read, I stumbled upon this novel. No user reviews, and a single one-star rating. Then I read the description about Raditz being the MC and I say "This is interesting" and went ahead to read it. 10 chapters... more>> later, all I can say that this novel actually has a great start, vastly helped by the fact that a sinicized Raditz doesn't treat Earth like Chu Feng treats a clan/sect that has slighted him. Moral of this review: First impression is very important. Therefore it is imperative to have a very good description for a novel, to give it a fighting chance to reel in jaded veteran webnovel readers that will go ??????????? At the slight hint of a 'Japanese Pansy Main Character' (JP MC) or a ?????????????CN MC that will go ☣☢☣☢?????? Just because someone sneezes within 5km from him. Merely translating Qidian/17k et al. Supplied-synopsis and settling with it is fatal, because it has been proven by multiple dissertation papers that said Chinese people are simply hopeless when it comes to writing synopsis. As of writing, the CN novel that has latest newest chapter is City of Sin, translated by WuxiaWorld. Needless to say, for me to even read that, I will rather clear my huge Martial God Asura backlog before I will even consider starting that novel. <<less
20 Likes · Like Permalink | Report

If you think this might be a series that corrects Dragon Ball Z faults, you'll be disappointed. All the mistakes are repeated, except Raditz is in the party and the movies are suddenly canon now. It's still all about the saiyans, everyone else is weak and pretty much useless. Side characters don't matter and it's all about Goku and Vegeta but also Raditz right now. Yet suddenly: ... more>>
Spoiler

during the Vegeta fight, Turtles appeared from nowhere and the plot of tree of might started. No tension, no explanation or nothing. It was a "Here comes a new challenger" kind of moment. There were also a lot of fodder characters to the already silent Z fighters to deal with, since the fight against Vegeta was too one sided

[collapse]
At least the novel has been acurate so far in terms of abilities and power levels (even though I dislike the use of the latter), and there are a lot of battles, which should be good for the fans. That's why I gave it a 3. But it's still all about punches, kicks and Ki blasts. There are no interesting uses of techniques. Know that it doesn't add anything new. The same, but with Raditz, slightly different battles and 'Here comes a new challenger' trope which was quite bad. The worst in my opinion, though, is the transmigration. Why not just give us a alternate timeline where Raditz doesn't die and becomes one of the Z fighters? It's far better than a random soul taking over his body, which has no meaning to the plot except of knowing the future. Which brings a lot of new plot holes like how the random guy aclimated so quickly to killing the inocent frog race at the begining, or how he not only turned into a martial artist so fast and also became stronger than previous Raditz. Or how he developed Ki sense by himself, how can he kill humans without blinking, and stuff like that. All poor plot choices, in my opinion. The MC also has no personality and his motivations are too simple 'To not die to Frieza'. I would like a story where the 'real' Raditz lived and how this fact changed the story altogether, his motivations, his relationship with Goku, his shortcomings, strengths and personality, yet there's none of that. This feels like the Xenoverse Game, where someone picked Raditz as a character and is doing Story Mode, but to keep things from being too boring, random enemies from the movies appear from nowhere to 'spice' the battles we already know the results of. <<less
10 Likes · Like Permalink | Report

I don't really like it when shows introduce a character and then just throw it away because they are useless so it is nice to see something that takes those characters just a bit farther than what they were for. The story does a good job not sticking to the original story but pulling stuff from the story and enhancing its own story.
4 Likes · Like Permalink | Report

I thought this would actually make sense and improve upon dragon ball z's flawed story and with change from original story so I wouldn't I feel like am watching/reading dbz again.
This is just typical SI/Oc fanfiction probably one of the bad ones. It tries to make the movies cannon. But most of the attemps just failed so hard that it takes immersion out of it.
... more>>
Spoiler

Like in the middle of fighting vegeta turles just happens to earth for some reason and they try to make turles this mastermind that moves forward the plot which I can't take seriously.

[collapse]
Also power level are just as screwed as in original if not worse. Only good thing that comes from this story the starting few chapters which draws you in. <<less

As much as I wanted to love this novel, it didn't have what it takes to be great. Proof enough is the fact that either the author or translator have (at least as of writing this) stopped releasing new chapters at number 79. That seems like more chapters than it actually felt like, and at times it felt as though there were different people writing the story with how wildly the pacing and direction shift. This author doesn't seem to grasp how investment, stakes, and unforced reasoning work, along with... more>> satisfying WHY Raditz is in the party and HOW a previously established story would change because of it. Instead they intersperse movie villains with the canonical ones, in a way that really grates hard on ones suspension of disbelief making the novel's universe seem as wacky as it is dangerous. <<less
0 Likes · Like Permalink | Report
Advertisements
Leave a Review (Guidelines)
You must be logged in to rate and post a review. Register an account to get started.