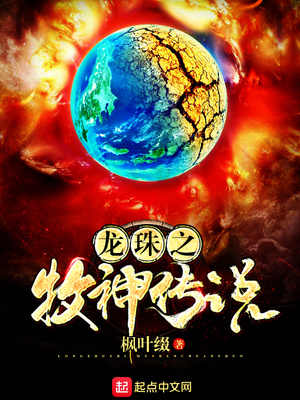 Status in Country of Origin. One entry per line
703 Chapters (Completed)

Upon opening his eyes, Muyang realized that he found himself in Dragon Ball’s world filled with dangerous people like Vegeta, Frieza, Cell, Majin Buu.

“Captain Ginyu, let’s run away, we are no match for him!”

Jeice looked back in panic.

“Lord Frieza, the demon has caught up again.”

“He even destroyed our home planet.”

Frieza looked at Muyang with bloodshot eyes filled with anger, but sadly, there’s nothing he can do, even he’s no match for Muyang.

The Strongest Legend of Dragon Ball (2)

These are recommendation lists which contains Dragon Ball God Mu. You should give them a visit if you're looking for similar novels to read. Alternatively, you can also create your own list.
More Lists >>>

Edit: ooooh noo.... this was going so well too.... so basically, this guy now has the infection that seems to be in most Chinese novels. You know the one, where they act all nice and then they're psychotic? Yeah, that one.
... more>>
Spoiler

He also now is married to his little sister figure, and now almost every chapter is filled with deviancy, it's just annoying at this point. He literally does her so much that she needed three Senzu beans to not die and is implied to now have an addiction to them. Luckily there's no cultivation... yet... he found this alien race that has advanced technology and they just so happen to have a device that can tell how much lifeforce a person has and convert that into years of their life, which is not good if they start trying to increase it.... he also got them to build him a bunch of ships, a dragonball radar, and a ship with gravity control up to 50x gravity, but that's not a bad thing. He also trained on this one planet and killed an elite child Saiyan in cold blood after hiding and training until he could beat him, by the time he came back to earth he has 600 power level, and in comparision, raditz has 1, 500 at the beginning of the sayain saga, keep in mind that Goku hasn't appeared yet, nor has Gohan (Grandpa) become old.... which is weird now that I think about it since he found Goku's pod... but Gohan is still super young... either way, Muyang has a huge headstart, and the Saiyan he beat had a power level of 800 when Muyang killed him, so even if he was lower than Raditz he might still beat him.

[collapse]
Overall, I'd say it's now 2 to 2.5 stars, only held up by it's good start. Old Comment (just to see how much I liked it) :
This is a good novel, and even though it might look that way at the beginning, it's not about cultivation. The author actually makes a new Martial arts school for the MC to reincarnate into, and their attacks are actually pretty unique, if not a little weak. Also, the MC starts out before dragonball, and trains for awhile, and at the novel pacing right now it seems like a reasonable increase. The translations pretty good, however they have put the free translations on hold because people were re-posting it to other sites, however they are still translating it on their Patreon, I think they might be on chapter 60, and while I'm not on their patreon I think they'll start releasing a chapter every couple of months. Anyways! Back to the story! To summarize, basically this Dragonball fan gets reincarnated into Dragonball
Spoiler

a little bit before Dragonball in this school called the HeavenlySky school (this is just a weird name, they do not cultivate here, they practice normal martial arts) where he learns their martial arts, and after some time passes he is taught their beam skill, which isn't that strong in this world, put the teachers don't know that as the school is kinda hermitized by mountains, they do still venture out put it's not super easy that kids could wander out. after a little bit he finds Goku's empty pod and finds the materials for a scouter and salvages the rest, he also discovers a golden finger of sorts (not a cheat skill, but a strong skill) which is basically just if image training put your soul in the time chamber with increased gravity and everything, as it drains his mental energy, but lets him train without expending physical energy and allowing him to hide his training, also time is slower in there, but not to an extreme amount, I think just 2x, however he does still need to eat and all that, on top of it draining his mental energy. where it last left off he had barely won an early world martial arts tournament, before it was public to everyone, and ventured into to the woods to both find Korin and before that, train

[collapse]
it looks like this MC is creative and I hope they make their own techniques like Piccolo does, except, you know, not Piccolo's moves. Edit:Good News! They seem to be posting the chapters again!
(New Edit: I guess that was actually bad news in the end) <<less

from the same authors as The Strongest Legend of Dragon ball, honestly you cant get any better than this for a fanfiction based on the Dragon ball universe, the creator has learn from his mistakes in his prior work and developed past it, this is a much better book, Protagonist is not a saiyan or overpower being, his main quirk is to ascend in level of life from mortal into God similar to a Cultivation novel and the authors even created some type of Ranking of God that seems... more>> logical and like his prior work the flow of the story and how it ties into the next arc/plot is very well done. if you enjoyed Legend of Dragon ball then you are gonna enjoy this novel just as much if not more. <<less
2 Likes · Like Permalink | Report

Good story !! Finished translated google ;P Start slowly but after some chapters he get more and more power full.
Spoiler