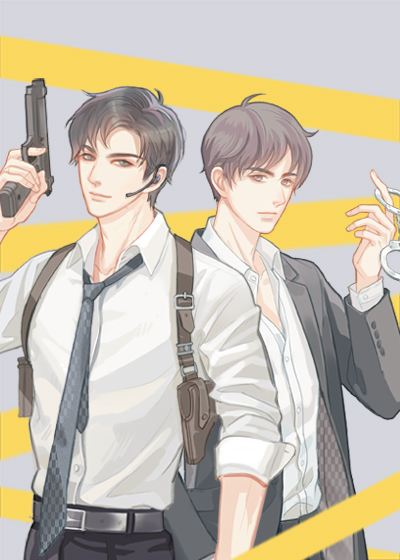 One entry per line
清韵小尸

Status in Country of Origin. One entry per line
210 (completed)

Every murder has its own reasons behind it.

With the help of criminal investigation, we can restore the killer’s appearance, predict their psychology and unravel the truth.

Captain Song Wen of the Criminal Investigation Department has repeatedly solved strange cases using his masterful ability to simulate criminal portraits down to the last detail. With the arrival of the blooming season, the South City Bureau welcomed a new trainee police officer, Lu Siyu, a taciturn officer who is always able to uncover the truth. And behind him there are also hidden secrets….

Song Wen: Where did this rich second-generation newcomer come from?? No, no need! It hasn’t been seven days. I want to return the goods. There’s no reason.*

A week later — The report written by Lu Siyu is good. The food cooked by Lu Siyu is also good. Ah Lu Siyu, you can also solve the cases so quickly (^o^)

Six months later — Wife, whatever you say is right ヽ(^o^)丿

Even Song Wen couldn’t escape the law of true fragrance*.

The new book “Criminal Investigation Notes” is here for collection.

*Taobao, which allows customers to return any product within 7 days. No reasons asked! (七天无理由退换)

*The popular Internet term zhēn xiāng or “true fragrance” is mainly used to ridicule the contradictory behavior of a person who is dead against doing something, but later on falls in love with the same thing and turns back to slap their own face.

These are recommendation lists which contains Criminal Investigation Files. You should give them a visit if you're looking for similar novels to read. Alternatively, you can also create your own list.
More Lists >>>

Well I finished it in a day and a half I can only say I like it no I love it In the Chinese version there is only 192 chapters by the way... more>> I liked the MC too much actually it's probably because I like the Shou being as strong as the gong or more special with a deep back story The novel is similar to silent reading made by priest (MC have a childhood trauma wealthy (wealthier than the ML by too much) highly intelligent Actually this MC is more skilled he knows psychology forensic doctor and investigator (really studied it in college) a policeman a chef (good food) and more It's a pity, I hoped for some extras Adding a bit of romantic spiciness with smut to the mix I also wanted some brother time after big brother gu wakes up from his coma Maybe li suyu will cry and hug him crying softly but cutely " Oni tan " f*ck please don't mind my shamelessness It's easy to mtl by the way too easy I mean the usual problem of the names being different each time is not there Li suyu = li Secretary something and that's it I swear it's too easy to read more easy than the raw of silent reading or the raw of criminal psychology (another yaoi detective novel) or... Thank you <<less
5 Likes · Like Permalink | Report

Just finished reading this novel, and WOW! It was a hella interesting ride of feels! And seriously the mtl is really easy to understand & I'm really glad for it. The ML (the gong), he is the superhero in this story! The bright star that comes into MC life that even I couldn't help but want a man like him! I guess mostly in action/crime bl novel that you can get 5 stars-ML like the ML in this story. Strong, responsible, mature, gentle and a charismatic leader. Even just by reading the... more>> text, I can feel the handsomeness of the ML. Regarding the MC, yes, I love how he is very cold and indifferent to other but docile, obedient and blushed easily around ML. Such a cutie! The MC in this story is actually a really pitiable cinnamon roll, that long for people warm and love. Regarding the story, different from 'Silent Reading' or 'Breaking through the cloud', most of the cases are not related to one another. But it is still intriguing to read, and I keep sighing at how complex human being is, and how scary human can grow up to be depending on their childhood background. The cases in this novel touch around many aspect such as marriage, education, human personality and mental illness. It was a very satisfying read!! <<less
2 Likes · Like Permalink | Report

Really good, interesting cases, easy to follow along character's deduction and reasoning. Which is rare for me what with my short attention span and one and a half braincells. I love both the MC and ML and their interaction with each other. Was worried at first because Song Wen seemed like he was the type to have prejudice against Lu Siyu because of his wealth, like some other police novels I've read. Thank god it wasn't like that. Speaking of MC & ML though, which one is which? I honestly thought... more>> Song Wen is the MC because we mostly follow the story and revelation from his POV, though Lu Siyu is the one most closely entangled with the 'main' plot. Anyway. If there's one thing I feel underwhelming about this novel, is the very last case versus the Big Boss of the main plot. I felt no sense of excitement when they're chasing leads and uncovering secrets. And then later
Spoiler

it's revealed that they were already in control the whole time and already knew who the Big Boss was so it was more them trying to lure the guy into their trap.

[collapse]
Lu Siyu's interrogation of the guy afterwards though is some of my favorite faceslapping moments. Lastly, isn't the title listed/translated on this NU page wrong? Criminal Investigation Notes is the sequel/spin-off featuring different set of characters. The novel with Song Wen & Lu Siyu is translated as Criminal Investigation Files/Archive. Just putting this here in case someone wants to translate the other novel and gets confused seeing this page. <<less
0 Likes · Like Permalink | Report
Leave a Review (Guidelines)
You must be logged in to rate and post a review. Register an account to get started.

Young Master Has a Daughter