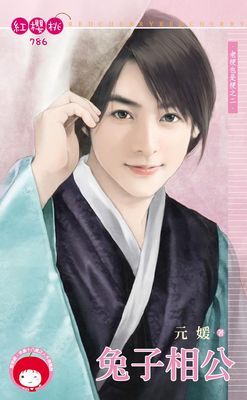 Status in Country of Origin. One entry per line
14 chapters (completed)

Second book in Yuan Yuan’s series 老梗也是梗系列之(AKA We were supposed to have died in a plane crash, instead we transmigrated/reincarnated). The stories consist of three modern settings and three historical.

What?! When people transmigrate, they became emperors or mighty heroes. Why did he transmigrate to a Xiǎo Guān?!

In modern times, he had been a superb man women chased after.

In this historical time, he has become a peerless receiver!

If he wasn’t careful, his little red flower will be forced to ‘go to sea’!

No hesitation, he must run away-

On his escape, he was rescued by a chivalrous woman!

Immediately, he fell in love.

The sad thing was his modern bully’s self-esteem was totally shattered in this historical time.

No way! She was the current Wulin Alliance Lord?!

But to his dismay, she already had a fiancé who was her cousin…

These are recommendation lists which contains Bunny Husband. You should give them a visit if you're looking for similar novels to read. Alternatively, you can also create your own list.
More Lists >>>


Write a Review
10 Reviews sorted by

I was thinking to give it a 4star, but last minute I had changed my mind so I give 5star. If the 2nd ML was real I won't mind to court him, chase him.. Poor 2nd ML. 2nd ML if FL doesn't want you, you can have me. Awwww, hahahahah😂 Over all it was not bad. I like how MC was thinking, in order to chase a wife, being shameless was the key. 😂 Both siblings married a vinegar person. 🤣
0 Likes · Like Permalink | Report

Light read, several smut, funny inner thoughts haha and side commentaries by tl was funny too.
0 Likes · Like Permalink | Report

10/10 if you are looking for a cute short fluff story ! its refreshing to see a reversal in roles where the guy is a soft clingy one meanwhile the girl is the bad ass handsome one. it was really fun to read, especially for me because I am mostly into transmigration novels but I am looking for short ones recently (cuz almost I'm tired of the seemingly endlessly chaptered ones)
4 Likes · Like Permalink | Report

Interesting. I love the translator work. My favorite is The Dark Empress. So I am guessing these Bunny Husband must be great too. Thank you for your hardwork Translator sama. About story well, I am reading chapter 1. The Male lead was run away and female lead help him.1
4 Likes · Like Permalink | Report

This is my 2nd of Book of Yuan Yuan that I read and this book MC is from Male POV. Something different than other normal romance novel. I would just rate this with 4* coz somehow I portrayed the MC is a little sissy to me.. LOL Probably thats how I read the lines or that's how the character supposed to be in transmigrated world.. (Sorry if that's not right imagination, pls blame it on me 😅) In this Novel, Female Lead has stronger personality and possessive of him... more>>
Spoiler

[collapse]
🙈 I would say it's cute book to read. Ofcoz without disappointing the reader, Thank you Author & Translator for the great detailed of pleasuring us erotically.. (I'm sure some of us wouldn't mind at all 😛🤭) I'll leave it to you guys to imagine who takes charge in the bedroom.. 😆 Lastly, I hope Author will consider to share a new story about Zhao Tianlin. Because I think I love him more than the MC.. He's actually a good man. Here's my favourite line from him:
Spoiler

[collapse]
Aaww.. I just wanna hug him right there and then..
Well, I'm looking forward for next book from Yuan Yuan ❤ <<less

It's so fluffy that it's floofy! The MC's thought process is just too cute and pure in his perverseness. The ice-cold FL cannot resist and neither can we.
1 Likes · Like Permalink | Report

I didn't expect myself to like it so much x'D the story is short and the premise is rather simple with the reverse gender twist, but the MC is gold ! Even with just a dozen chapters, the author managed to make the characters background quite solid, the development is pretty good, though it felt like the love interest was coned hard by our little fox ^^ A good story, romance and comedy. The translation is mtl but not badly edited. There's a little too much translators notes in my opinion but... more>> you can just read ahead when you see a " (". recommended if you want a short romance in a wuxia world with comedy and smut ^^ <<less
1 Likes · Like Permalink | Report

This is a pretty cute story. Love the role reversal, with a strong woman saving the beautiful man. FL is an adorable kuudere, and MC is sweet and caring and a bit pervy. Super fluffy story.
1 Likes · Like Permalink | Report

Surprisingly good! I didn't have any expectation before, but this is really good. Love the dynamic between the MC and FL. And this is such a breath of fresh air to see a story about transmigration from male pov. Truly recommended!
0 Likes · Like Permalink | Report

Ahh I can't get over how cute ML is. *Blushes* 🙈❤ This was really fresh compared to the shy FL and cold ML I'm used to reading about. 😙❤ Now I feel like finding more stories with ML like him. Shamelessly clingy, and crazy in love with FL. Oh and, Oh so so adorable. 😍❤
0 Likes · Like Permalink | Report
Leave a Review (Guidelines)
You must be logged in to rate and post a review. Register an account to get started.

To Love, Once Again