Novel Updates
RegisterLogin
Theme
Search
Your changes has been saved.
Berlin: The Writer Lives the Life of a Time Limited Villain

Home >
Novel >
Berlin: The Writer Lives the Life of a Time Limited Villain 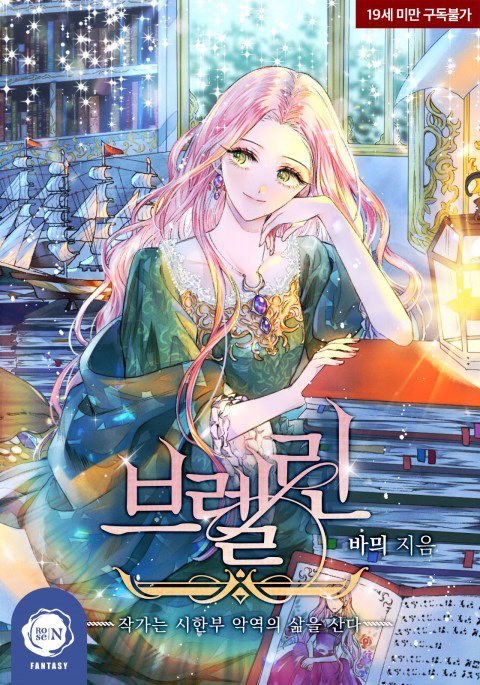 One entry per line
바믜

Status in Country of Origin. One entry per line
129 chapters (complete)

One entry per line
RidiBooks
Rosen

Someone was licking down her neck.

It must be part of a dream… a very vivid one. Electrical impulses sprung up through the blood vessels of her body.

“It’s you who planned tonight, but you’re treating me as if I’m the unscrupulous one.”

I had to give up saying any more words. It was strangely stimulating.

It was like she was wearing someone else’s body and not her own. Her gaze stopped on the snake-shaped tattoo on his forearm.

“Um, maybe… Of course not… You’re not Red Ross, the Duke of Vermont, are you?”

“What answer do you want to hear? Do you mean you want to erase the night you spend with me from your mind?”

Red Ross, the Duke of Vermont, married Berlin of the Aphrin family. She was a villain who died a year after doing all kinds of evil, without ever being loved.

War, famine, raids by demons, natural disasters… A list of misfortunes that she had described for fun at random came to mind.

“I’ll leave in a year. I’m a different person now.”

It was unfair, but since the novel was written by me, I tried to change it somehow. But the original male lead is now obsessed with me?

These are recommendation lists which contains Berlin: The Writer Lives the Life of a Time Limited Villain. You should give them a visit if you're looking for similar novels to read. Alternatively, you can also create your own list.
More Lists >>>


Write a Review
No Reviews