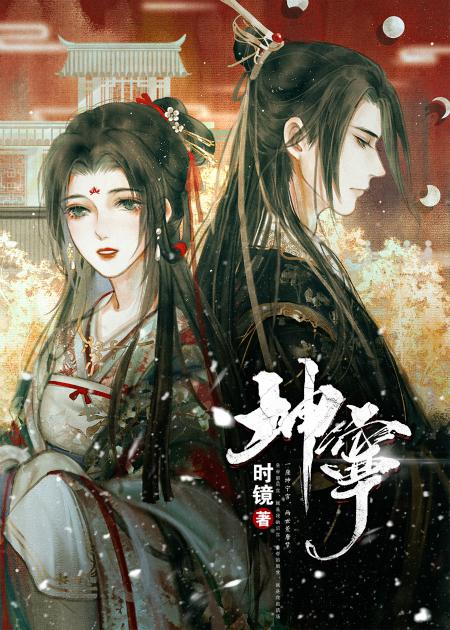 One entry per line
Mirror Of Time
Shi Jing
时镜

Status in Country of Origin. One entry per line
253 Chapters (Completed)

In the previous life, Jiang Xuening was the benchmark of a Mary Su. For the throne of the Empress, she hooked up and messed around with men.

When she was dating the Emperor, the rebel is her spare tire;

When she was dating the student, the teacher is her spare tire;

When she was dating the boss, the subordinate is her spare tire;

When she was dating a woman, a man is her spare tire……？

Every day is a Shura Field! (Hiks)

Anyway, no matter who the Emperor is, she wants to be the Empress!

Then the Palace changed.

Heaven gave her a chance to start again.

She vowed to earnestly repent and mend her ways.

She absolutely did not expect that, she was just rebirthed at the time she [already] started messing around and it’s too late to change!!!

Jiang Xuening was angry: The crooked Heaven was just playing with a human’s life! Your Great Aunt, me, was born with eight legs! Believe it or not, when my temper comes up [BEEP――]

The Heaven’s heart attack is more severe: What if the ship capsized again?

Jiang Xuening with a cold and indifferent face: Helpless.

All right, it’s all a talk only.

How to break up safely without offending the big guys?

These are recommendation lists which contains A Lady’s Tranquility. You should give them a visit if you're looking for similar novels to read. Alternatively, you can also create your own list.
More Lists >>>

This book is messy af and the author went for feels primarily so a lot of the plot and characterization won't make sense if you think too hard. I wanted to stop reading several times but only kept going because of the live action trailer and how interesting it was. But after completing the book, I'm lowering my expectations for the live action because it won't be like the book (it just can't if they want to air). ALL SPOILERS BELOW. ... more>>
Spoiler

MLs lineup: your true ML is xie wei so don't board the wrong ship. He got your typical traumatic childhood story and mysterious background etc, is calculative and ruthless to the world and himself. Typical ML material. The 2ML, Zhang zhe, is a bore, who lives his life as a upstanding court official but somehow fell for his married empress just through several interactions (what is logic anymore). The 3ML, Yan Lin, is a childhood sweetheart whose family was targeted by the emperor so they all got exiled, frankly I'm not even sure why we need him as a potential male lead.

Lifetimes: first lifetime, the MC is obsessed with becoming the empress, so chased after the imperial prince, did not go to 3ML coming of age ceremony and basically told him to get lost at his moment of need. She got what she wanted and became empress. Somehow managed to flirt and fell in love with 2ML while married. The ML and 3ML returned for their revenge trip (not related to her) overthrow the empire, killed a bunch of people, and put MC under lockdown. The 3ML then got drunk and r*ped, yes it was r*pe and obvious on ch1, the MC. Then repeatedly dub-con her whenever he's drunk, while she semi went along with it to save her life. Along the way she also offered herself as a bed warmer to ML, who's now basically running the country. He told her no but sent her a dagger, we'll learn later that this was for her to defend herself against 3ML which she never did. 3ML then told ML he wanted to be emperor and make MC his empress. That does not go over well. The ML basically forced MC to commit suicide but before her death, she got ML to promise to save 2ML life, why you ask, because she managed to got him sentenced to prison on fake charges and oh yeah, his sick mom died while he was in jail. To top this all off, ML then commit suicide using the same dagger because... Reasons I guess.

2nd lifetime after rebirth, MC dropped the empress plan and help 3ML on their exile. She also met up with 2ML (who is also a rebirth so he has his memories) and tried to pursue a happy ending with him. He's a bore and couldn't get over what she did last lifetime, which is a bit nonsensical to me because she hasn't done anything bad in their 2nd lifetime. ML had the opportunity to actually interact more with MC in this lifetime and fell (more?) deeply in love with her. MC eventually realized her own feelings for ML and they got their Happy Ending. You get some nice sexy scenes between them which I don't think will make it into the live action. 3ML also got his memories back at the end and went off to the border in regrets for what he did last lifetime.

There's other plot and characters filling up the pages etc but my conclusion is that the MC character setting is very unlikeable and likely to get scolded if they faithfully adapt this book. She's a very opportunistic user who is willing to use her body for profit, which is realistic but not likeable. The 3ML is also a landmine because yes, he r*ped her and I don't see the necessity for that plot line? She still interacted and cared for him as a friend in their second lifetime and he stopped pursuing her when it was obvious that she didn't like him romantically, even before he got his memories. So the whole r*pe thing and her eventually giving in just cheapened her character even more. She suffered the humiliation for no reason and it also didn't fit the character setting of the ML. That he loved her enough to kill himself following her death yet not enough to protect her in the first lifetime. And the ML is a giant vinegar jar so it just doesn't make sense...

[collapse]
In conclusion, read this if you want but be prepared to turn off your brain and go for the feels. Some characters are unlikable (including the MC) and exist as just plot devices. Oh and the whole palace intrigue and overthrowing the empire is kinda blah too so don't expect much. <<less
1 Likes · Like Permalink | Report

I am a fan of this author! So, first you have to know is that FL is not powerful or that smart. What she seeks is just for her to family to really care about her but sadly it does not happen at all. (But her father does feel bad and tries to help). There is no forced, I forgive them and we are all family everything's all good thing going on. She still dislikes her sister (concubine's daughter, they were switched at birth and her sister became a "official"... more>> wife's daughter and the real mother, the concubine died, the one who got kicked out of the house and MC was taken with her). It stays that way because she doesn't need force herself to accept her or her Mom who still treats her as the concubine's daughter and not her own. So there is actually 3 ML, I won't spoil who the ML is but hint hint: he is ruthless and has a sad past. Their romance actually starts 75%ish into the novel. They share a similar experience in their childhood. It is a bit Mary sue I have to admit and a little draggy some parts (took off only one star). But what I like about it is her development with the ML because they go hand in hand. Also the MLs are very likeable!! I really like the ML and 2nd ML especially. The story is pretty engaging so I do enjoy it and recommend this story and author. ^^ <<less
1 Likes · Like Permalink | Report
Advertisements
Leave a Review (Guidelines)
You must be logged in to rate and post a review. Register an account to get started.