Novel Updates
RegisterLogin
Theme
Search
Your changes has been saved.
Where is the Morality

Home >
Novel >
Where is the Morality 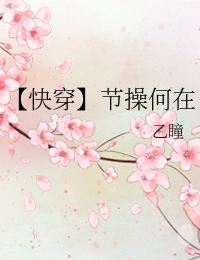 One entry per line
小炒肉

Status in Country of Origin. One entry per line
1169 Chapters (Ongoing)

Xia Ruyan had an unnatural death, but by chance, she was chosen by the Lord God and granted her a system. In order to resurrect, she has to travel through the world of novels to complete various missions, but why is there an immoral guy attached to each mission?

These are recommendation lists which contains Where is the Morality. You should give them a visit if you're looking for similar novels to read. Alternatively, you can also create your own list.
More Lists >>>

If you want a male lead that repeatedly r*pes the female lead, then this is your cup of tea. I don't know about other people, but the fact that the author also seems to try to give the male lead a "reason" for doing it from a "misunderstanding", him having no clue that he did something wrong at all, the author also making the female lead seem to not care about it beyond the kind of mentally like, "You're so hateful~ how could you do this to me~" is making... more>> me very uncomfortable. When the author normalizes the r*pes, in my eyes it's as if murder or something is trying to be normalized. It's very jarring as someone who's sister committed suicide from her husband raping her multiple times. And yes, that is a thing that can happen. I know I should have looked at the tags to see the r*pe tag, but the list was so long I just overlooked it. I tried to read further from the raw to see if the male lead repented at all, but nope. I just can't stomach all the r*pe scenes any longer. And I can't understand why other reviewers can't see why this novel has gotten so many 1 stars with these kinds of triggering content. This review is for all the people considering reading this novel to get this DISCLAIMER OF MULTIPLE, NORMALIZED r*pe SCENES IN THE NOVEL. <<less
27 Likes · Like Permalink | Report

If you like smut with plot and world hopping BG novel, then this is for you But if you can't take slow romance, when after more than 200 chapters and the author still doesn't reaveal ML's identity and the FL still doesn't know that she meet the same men in each world, then this is not for you (I am currently at the xianxia master uncle x niece world. Will resume to read it again later) ... more>> EDIT After uncle x niece, it's beast world (leopard x rabbit) And then, now I am at prisoner of wars In uncle x niece and in beast world, they have child, but author didn't specify it. It's like their child is only mobs chara The ending in each arc is also not that satisfactory. I expect something tragic or mindblowing in each arc, but no. It's too bland The title is where's morality. So, I expect a lot of immoral act and immoral pair. Yes, author give us that. But without proper execution, and weak + bland ending, I think this novel is wasted I am tired. I don't want to read this anymore Bye <<less
8 Likes · Like Permalink | Report

I have to make an account just so I can put a review.

I have no idea why people put such a bad rating. The starting is pretty good and I like it the first time I read it. I guess people don't like it because it's too clean:D What I mean by clean is that both female lead and the male lead are really clean! They are both fresh, really fresh without being tinted by someone else.

If you like quick transmigration novels with 1 to 1 and both are fresh virgins then this is for you, my dear.

(I think for me the romance is pretty fast for this kind of quick transmigration novel, but I think it's not for some of you. AND YEAH the male lead is actually the older brother of the Lord God that gives the female lead a chance to be reborn by traveling LOL. The male lead is also a god or an immortal.)

Translation: I think the translated part is very good (5 stars), but the MTL is awful because there are no quotes on what is said. That affects my enjoyment of the plot. Plot: There is r*pe. The ML r*pes the MC, but like many novels, MC still ends up liking him. This is smut, so if you like smut and some off moral arcs then this will be good (arc 1: stepson and stepmother). I do like male yanderes and I would like this plot if the MC (a) weren't being r*ped, but... more>> consenting or (b) if MC punished him for his actions more than she did (accurately represented her trauma and he suffered from the repercussions of that - her nightmares, fear of him and being touched ect.. It is 1v1 and the ML does have feelings for MC when he r*pes her. Overall: I would say that the translation makes up for many annoyances in the plot. With the MTL, I am not able to continue, it is not good enough to supplement the horrible translation. Try the translated part and see how you feel. It's not a heavy read, so you should be able to quickly read the first few chapters and understand your view point. <<less
6 Likes · Like Permalink | Report

The translator is fantastic!!! ... but the plot is just way too obnoxiously r*pe-y to proceed further than the first arc. I was expecting MC to actually dole out some punishment for the ML being a... totally psychotic repeat rapist whose ‘remorse’ at the end is nowhere near enough for the absolutely horrifying disregard he had shown to MC throughout the majority of the time they’ve known one another. But alas, it was not to be. I get that this is supposed to be ~transgressive~ smut given the title, but dear god every... more>> third sentence in nearly every s*x scene has to include descriptions of how absolutely terrified, miserable, mortified, and pain-stricken the MC is feeling as well as how she is actively resisting or communicating her not consenting to what’s being done to her. At least in other QT smutty novels like Being Papa’d Everytime I Transmigrate, for example, MC actually enjoys herself while outwardly appearing to be resistant to the various ML’s sexual aggression. Not saying that isn’t problematic, but it’s still leaps and bounds less odious than the truly bizarre forgiveness and affection that’s extended to a totally irredeemable ML.
Spoiler

Also I’m extremely pissed off about how it was ML’s *DAD* who whips ML for sexually assaulting his stepmother (MC). And MC gets all soft for ML because he’s beaten so badly!!! LIKE WHAT???? THIS IS NOT PENANCE??? ML’s remorse for his mistreatment of MC largely revolves around the things that he cant have anymore (eg kids with MC bc he thinks she’s infertile because of how he forced her to drink contraceptive soup in the past) or how his grief at MC’s death is somehow supposed to be punishment. It’s nbd MC has to DIE to make him feel extra guilty about how he’s tr*sh. That remorse somehow vindicates him from being judged as the scum of the earth that he actually is?????? I can’t with this. My brain hurts. I regret reading even just this one arc T_T