Novel Updates
RegisterLogin
Theme
Search
Your changes has been saved.
Who Said I Like You 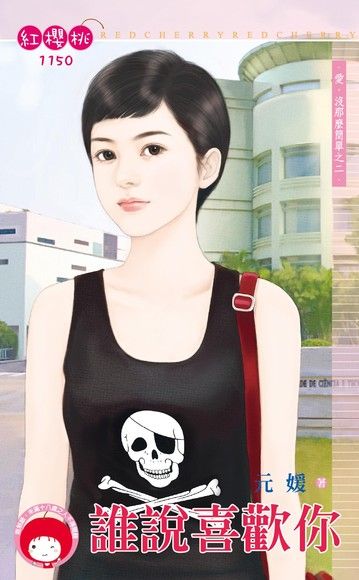 Status in Country of Origin. One entry per line
12 chapters

If life could start over, she would never do such a s*upid thing as “justify bravely” again.

Since saving this dead little demon on the road at the age of seven, her life has fallen into a miserable situation.

From her mother, down to the soft-footed junior brothers in the martial arts hall, are all coaxed to be submissive by this dead little demon who looks like a beautiful flower boy.

As everyone knows, he’s just using his appearance to win love and sympathy. In fact, he is an ungrateful highest-ranking bastard who will frame her!

Since she was a child, she didn’t know how many suffocating losses she had suffered from him.

Since she can’t afford to provoke him then she can always avoid him, right?

However, he just won’t go away, wandering around her with his old love and still wickedly ruined her love affair repeatedly!

This bastard! She hates him the most! He can just go to hell──

Horses! Why did he become a victim of a car explosion?

Although she told him to go to hell before, if he really dares to die, she… she will definitely… definitely break down…

It’s Purely an Accident to Love Again (1)
Rebirth of the Great Favor (1)
I’m So Unlucky to Know You for Eight Lifetimes! (1)
Seven Unfortunate Lifetimes, All Thanks to a Single Moment of Impulse (1)
Union Of Enemies (1)
Hear My Heart: My World Falls into the River of Love (1)

These are recommendation lists which contains Who Said I Like You. You should give them a visit if you're looking for similar novels to read. Alternatively, you can also create your own list.
More Lists >>>

Cute little story in a fantasy world. Figuratively speaking. Prepare for a setting with an ML who is not only the richest, smartest, nicest and best looking guy in existence, but who also beats Detective Conan and has more endurance in bed than the FL who wins martial arts competitions all the time and dominates all the males in her mom's dojo. Expected cnovel standard. But, granted, with a nice twist. I especially liked how the FL was so pissed that the ML wanted to "protect her" and how it was... more>> resolved in the end. <<less
3 Likes · Like Permalink | Report

I love this story. A tsundere MC was so cute. She always said A although she meant B and so were actions. And ML like a little boy who liked to tease and bully the girl he liked. The way they tried to protect each other was also very sweet. And the sm*t although they're not many but still quite hot. This is undoubtedly one of sm*t story that had a good plot.
0 Likes · Like Permalink | Report

Just okay. The FL is a bratty tsundere and doesn't grow out of it. The ML is your generic Gary Stu. The smut is nice and is the only reason I'm giving it a four.
0 Likes · Like Permalink | Report

This is wonderful!!! I like the plot, the characters and everything.. Thank you for the good story
0 Likes · Like Permalink | Report

Short and cute. As expected from the same author. Just think too much just enjoy the smexy time and a little bit unconventional op. Lol, But still I like her plane crash series, Dark empress, Bunny husband are my absolute fav. Thank you
0 Likes · Like Permalink | Report
Leave a Review (Guidelines)
You must be logged in to rate and post a review. Register an account to get started.