Novel Updates
RegisterLogin
Theme
Search
Your changes has been saved.
Advertisements
The Baby Isn’t Yours

Home >
Novel >
The Baby Isn’t Yours 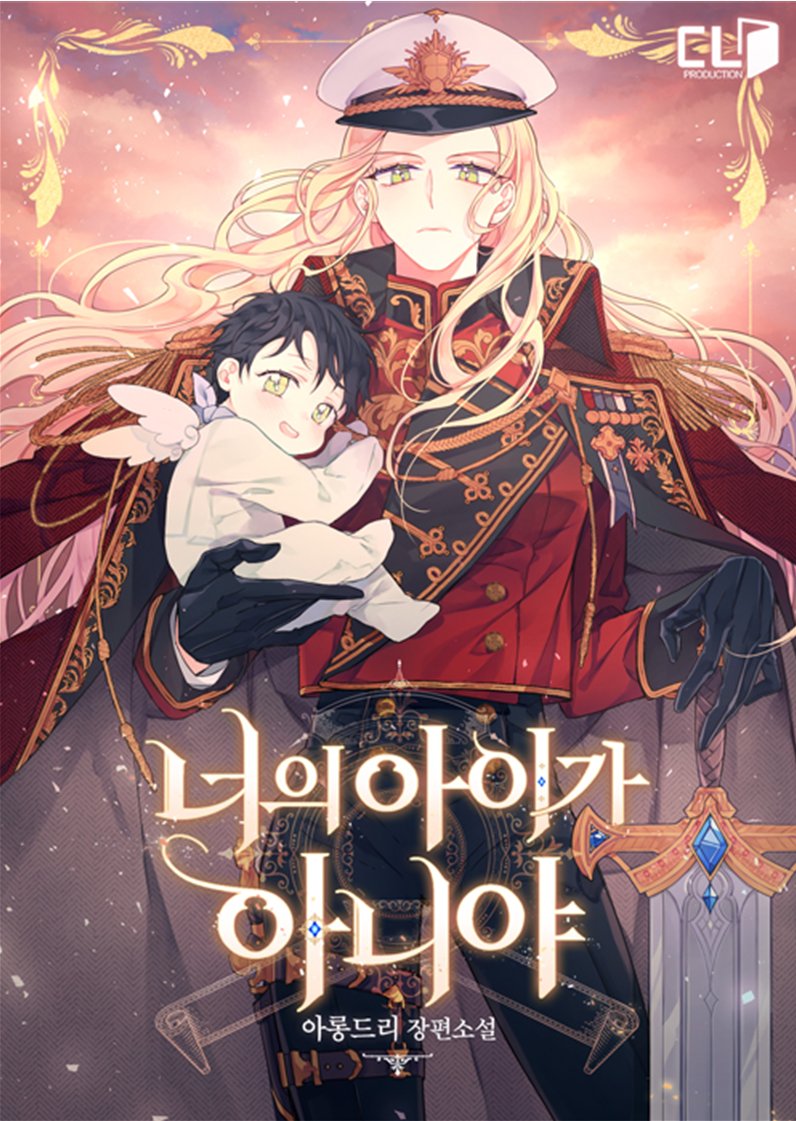 Status in Country of Origin. One entry per line
188 Chapters (Complete)

“This baby isn’t yours.”

Apparently he’s smiling, but in a strange and spine-chilling tone, Simon asked me.

That low, shady voice, pretending to be gentle.

The anger in his voice was cold and cruel enough to freeze his surroundings.

“Then, which bastard does that child belongs to?”

I’ve known him for a long time that’s why I could tell.

That’s the voice that comes out when he can no longer hold back his anger.

But then… why the hell is he so upset?

“That jerk can’t even be a good father so…”

After seeing his blue eyes lit with fire, there’s no way I could tell him now that it’s his child.

Kalia, the great war hero who ended the war.

One day finds out that she’s… pregnant?!

Of all people, the father of her baby, the one she spent the passionate night with, is Simon Terroan, an imperial sorcerer and her best friend.

Kaila believes that Simon doesn’t want a baby, so while Simon is away, she declares her retirement and vanishes to hide the truth about her pregnancy and to safely give birth to her baby.

But the truth is, Simon loved Kalia more than anyone else.

And so, the frantic search for her begins.

These are recommendation lists which contains The Baby Isn’t Yours. You should give them a visit if you're looking for similar novels to read. Alternatively, you can also create your own list.
More Lists >>>

I've waited and still waiting for new updates. I started following this novel since last year. I recomended this novel. There is a misunderstanding but it was not frustrating. We readers will be happy if this novel still goes on.
2 Likes · Like Permalink | Report

Edit from 4/22/20: Hello! I just wanted to say PPYCS Scans has NOT dropped the novel and have been working on a mass update (with many ups and downs). Our staff do this for free as students in school so I hope you all will be able to understand. However, even though we have not dropped TBIY, you are free to read other peoples' translations. Thank you for reading PPYCS's translations! Edit from 9/14/20: Heyyyy! If you follow me on Wattpad then you would be aware I'm on break from translating.... more>> The team, however, will continue working hard. I currently manage, oversee, and proofread for the novel as usual. I will also be working on editing the first few chapters because the wording is a bit... questionable. Thank you for reading and enjoying the novel! I hope to someday dedicate myself to learning Korean to eventually re-translate this novel properly without MTL's. Thank you all for reading and enjoying this novel! Please support the author! Original Comment: Hi! I'm the current translator for The Baby Isn't Yours (snowy_13_owlz) ! Thank you for any reviews. For a long time, I was intrigued by the story, but there weren't any translations at the time (I was not aware of the one by Ihussain180 done later when I had first encountered the story). I'll be leaving a 4 star review as we are still early in the story where the plot is being set up. On the other hand, I am both annoyed and interested by the MC's denseness (which is 10 times worse than a normal MC) and the thought having a pregnant MC with her own child. I am grateful for many readers' support and reviews. I hope that I can continue the translation of this story with the best of my abilities until we reach the last page of this story. Thank you again! <<less
119 Likes · Like Permalink | Report

I liked the story from what I read from the comic (the teaser), but the translation needs some editing. I'm guessing the translator just MTLed it? Because the English is slightly painful to read.... It's not... bad, per say... Just... It needs a bit of polishing. Though... The fact that the translation of the name Simon is Shyman in this is pretty agonizing.
21 Likes · Like Permalink | Report

I like the new translator's translations. Please don't drop this novel! T-T This story is hilarious and heart breaking. It is filled w/ so many misunderstandings but not so much that it frustrates you. Plus this is not like other kr romance stories, they have a baby early on, waay before they confess.
11 Likes · Like Permalink | Report

It only has few translated chapters as of this moment, but base on what I've read so far, the story's really good. I can sense some angst and lots of romance in this novel. I'm looking forward to read more of the story! P.S. I just wish that the translator will have an editor/helper so that she can release the chapters faster.
5 Likes · Like Permalink | Report

I've recently read the light novel after finally finding a good English translation!! It's amazing and I recommend it wholeheartedly to those who enjoy a good romantic chase/comedy/comedic misunderstandings!! Also, Louismond and Simon are absolutely gorgeous and I love them so much. The promo webtoon was beautiful and the story is really interesting, not too heavy, yet still has substance. It's a must-read for sure!
3 Likes · Like Permalink | Report

This novel's is hilarious. I've never seen misunderstandings as funny as these. Especially when the novel got to describing the night of the baby's conception. I never knew a s*x scene could be so funny. Lol. This novel is a gem.
1 Likes · Like Permalink | Report

Tbh, if I’m just going to base my review on the chapters currently available, I won’t really give such high ratings. But based on the spoilers I’ve read so far, I can say that this story is quite promising! So I’m in quite high hopes. I love how dense the MC is, and how foolishly in love the ML is xD This may seem similar to other stories, but I think the author did a great job in conveying the character’s emotions. I love the monologues I’ve read so far. I really... more>> want to know more about how MC & ML will be able to solve their misunderstandings. I also want to see more on their interaction as a complete family, ML would surely be a doting father xD. Thank you to the translator for your efforts! I hope you won’t get disheartened. Please continue translating this novel, though please upload faster xD Spoilers are so scarce, it’s making me impatient. Sp pls have mercy! Hahaha <<less
0 Likes · Like Permalink | Report
Leave a Review (Guidelines)
You must be logged in to rate and post a review. Register an account to get started.