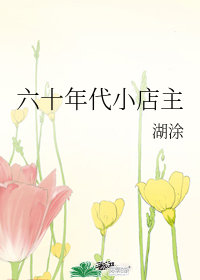 One entry per line
Hutu
湖涂

Status in Country of Origin. One entry per line
159 Chapters + 25 Extra (Complete)

Xu Nannan, the owner of Taobao, wakes up and becomes a rural girl Xu Nannan in the 1960s.

Every day they only eat a wild vegetable chaff dumpling. Working from dawn to night, she carry a hoe and went to the field to exchange for workpoints.

The embarrassing thing is that the poor pair of trousers in the family have to be shared by the sisters.

Fortunately, her Taobao shop followed her back to the 1960s, and was finally able to do some sideline work.

One entry per line
Take Taobao to the '60s
六十年代小店主

These are recommendation lists which contains Small Shop Owner in the 1960s. You should give them a visit if you're looking for similar novels to read. Alternatively, you can also create your own list.
More Lists >>>

It's a good book, I guess? It's easy to read in MTL. I like the MC's stubborn personality. It's also interesting to see how a city worker is like during the 1960s era. The pacing is quite slow but it's a slice of life, alright? Just skip the first frustrating chapters. The romance will enter on the latter half of the story. Probaby what made me uncomfortable is that the moral principles of the characters doesn't agree with me... ... more>>
Spoiler

there was a time when the MC's frustrating relative was "raped" and was left in the woods naked to be seen by the authorities. Although that relative also has some bad motives, that doesn't change the fact that this kind of revenge/ lesson is still nasty. Anyway, the one who did it is not the MC--it's the brother of the MC's partner. The MC also lashed out to her parter who knew something about what his brother is planning and yet, still allowed that to happen. They reconciled because she just accepted that their bottomlines are different, which is OK. But that still doesn't sit with me... I don't know, I just really feel uncomfortable.

Pros: Cons (for me) : One thing I found odd is MC's reaction to OO's parents and youngest sibling in the last quarter of the novel. For context, OO has two younger siblings. MC took away the sibling that she was closest with when she separated from her family. MC has firsthand experience that OO's... more>> parents are very neglectful towards their daughters. Even if their daughters are starving and begging them for food, the parents will come up with a reason to justify why they're going to give food to their well-fed nephews and nieces. At one point, she socially shames them in front of their coworkers for it, but they just go back to their old habits when she goes away on her regular business trips. And so, it doesn't make sense for MC to have a surprise pickachu face reaction when she notices that her parents are neglecting their youngest daughter for the nth time. I'm neutral about whether MC should help out that youngest sibling. On one hand, by this time in the story, MC has ridiculous amounts of money and contacts. She's at the point in her life where she's successful enough that she's can help with China's technological advancement. It would take minimal effort on her part to ensure that her youngest sibling reach adulthood without long-term starvation and malnutrition. But, is that too much to ask MC to help her out just because this girl is OO's youngest sibling? I don't know. Regardless, its not enjoyable to watch the preventable tragedy slowly unfold to an innocent minor. There are so many warning signs of what will happen. It doesn't help that MC spends more time judging her parents for being bad parents than helping her youngest sister. I'm confused where the author was going there. <<less
5 Likes · Like Permalink | Report

I like the book and binged it all. I didn't like how rushed the ending was.... more>>
Spoiler

There should've been more story that takes place outside of the 60s. It would have been less suspicious when using Taobao and a lot of crazy scenarios could've happened.

[collapse]
The drama brought up by family members was also overused to hell, rinse and repeat as Nannan became more successful. I wished there was more involvement with the system. Nannan could have done so much with Taobao, such as exploiting future events for money, but she only focused on antiques, which was so risky. <<less
1 Likes · Like Permalink | Report
Advertisements
Leave a Review (Guidelines)
You must be logged in to rate and post a review. Register an account to get started.