Novel Updates
RegisterLogin
Theme
Search
Your changes has been saved.
Reincarnated as an Elf Magic Swordsman: Paving a Path to His Peerless Harem

Home >
Novel >
Reincarnated as an Elf Magic Swordsman: Paving a Path to His Peerless Harem 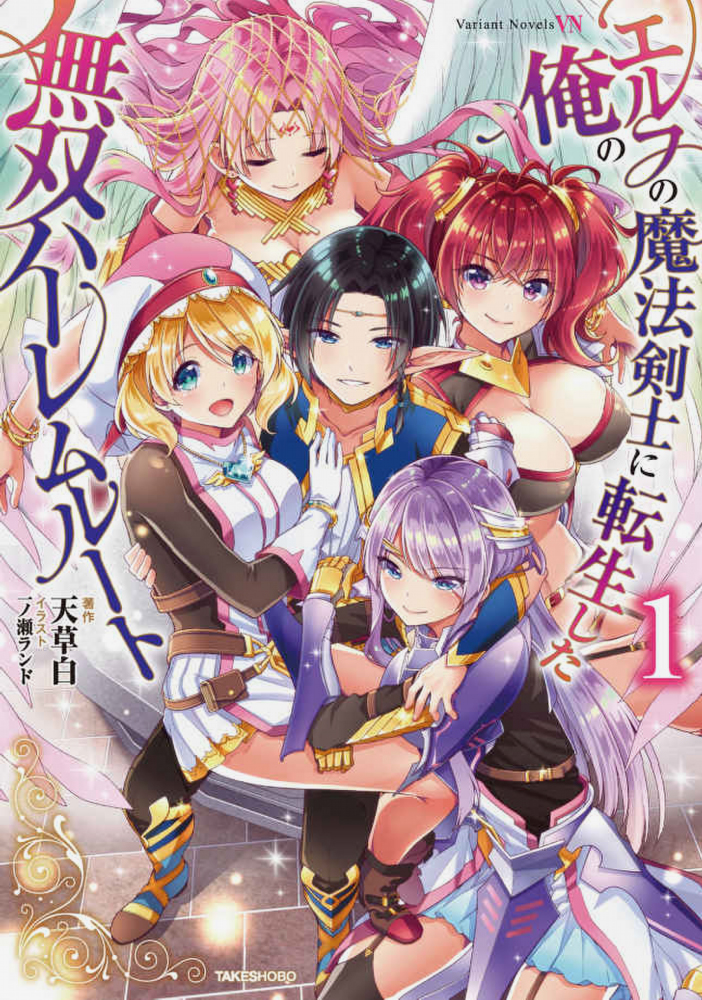 Status in Country of Origin. One entry per line
Completed (15 Volumes, 2 Commemoration Chapters)

One entry per line
Syosetu
Takeshobo

Lian is reincarnated into another world with these five cheat-like traits, gifted to him by the goddess of the otherworld after his death. Using these unparalleled skills, as well as his good looks and abilities, he completed various difficult quests as an adventurer, all while seducing the beautiful female adventurers he meets along the way. In time, this quickly made him rise to the highest ranks, and he was able to build the harem of his dreams.

However, the path to greatness is always a rough one, much more in another world, where everyone is never safe. After a while, Lian finds out the existence of the powerful and tyrannical dark elf, Redoni, who possesses an ancient magic weapon and has used them to destroy many countries in his wake.

As the strongest magic swordsman, Lian vowed to defeat Redoni and restore the peace of this world. He gathered all his party consisting of beautiful women, whom all he has formed naughty bonds with, and together with the goddess’ powerful blessing, they began to challenge the dark elf to the biggest battle that they could ever imagine.

Will Lian be able to destroy the enemy’s ancient magic weapon and save the world? Or will he fail and lose everything to his adversary? The path to an unparalleled harem of the elf magic swordsman awaits!

These are recommendation lists which contains Reincarnated as an Elf Magic Swordsman: Paving a Path to His Peerless Harem. You should give them a visit if you're looking for similar novels to read. Alternatively, you can also create your own list.
More Lists >>>

R-18, but the MC's mental age IMO is around 12. (especially the first scene with the goddess was brutal to read) Every thing the MC is told ends up with "???", "I don't understand" like response. Has no ability to comprehend the conversation. He claims to know RPG, LN, WN, Fantasy world, yet acts like he has no clue about Materials from Monsters, what an adventurer guild is, has to be explained what "Physical Reinforcement" means, what light magic is, that light magic is strong against dark magic... Typical the author... more>> makes the MC have zero clue what is going on and how to do anything. **Update** I forced myself to push farther and the MC just got worse and worse in ever aspect. And I am pretty sure this MC is in my top 2 of dumbest MC I have seen. Tough decision between him and Rent a Girlfriend MC.
Spoiler

First instead of talking with Mina and Mary he still just gives "uhh" "Hey listen to me" responses to them when they finally find each other. His inability to talk in this story Basically turns the Harem into a Cat fight between everyone.

Again every thing told to him by the girls just goes in one ear an out the other and his response is always "I don't know", or just sits there monologuing that he has no idea what they mean.

Best thing in the fight with the S-Class demon he figuratively stands there with his finger up his butt doing nothing until all the girls are taken over or almost killed.