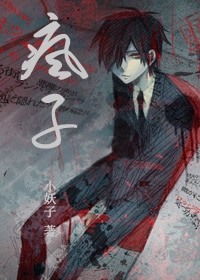 Status in Country of Origin. One entry per line
34 Chapters (Complete)

In an accident, he agreed to a “murder exchange” with a lunatic.

He regretted it, he was afraid, but he was threatened and unable to escape.

He came to like it, he was addicted, he fell in love.

Everything came crashing down.

These are recommendation lists which contains Psycho. You should give them a visit if you're looking for similar novels to read. Alternatively, you can also create your own list.
More Lists >>>

OMG!!!!!! I have mixed feelings for this, but this is one of the best plot out there. I think I can't bear to handle the pain again, but I know the translator is really good. ... more>>
Spoiler

I feel conflicted between ML 1 and ML 2 (they are just one person. This is a 1v1 story). The 'real' ML is like the ML in my recently finished reading Agreement for Being Gay in 30 Days. I mean, their contradicting feelings of liking a girl, then a guy. But, it's the opposite way for this story's ML.

It's dark and twisted but beautiful and sad at the same time. I don't really know how to explain it but I love it.
2 Likes · Like Permalink | Report

I have complicated feeling bout this novel. It's a good story, dark and sweet in it's own way. The psychological scenes was also good. The way the ending was executed that had me surprised, the ending was a really tragedy in my eyes. ... more>>
Spoiler

MC was mentally unstable, and was in sanatorium for about ten years? ML was his brother, step? They didn't have blood relation at all. The main story showed ML as the insane yandere party, but truthfully it's only MC's delusion. He loved his brother, but reality was hard, they couldn't be together. Because of pressure and his past, he broke down. ML (the real version) only loved him as a brother, and already married and have a kid. In the end, MC ran from the sanatorium and headed towards a beach, meeting Hare (ML in delusion) and walked towards the sea to became one with nature.

[collapse]
Although kinda sad, but the ending was quite acceptable since I, myself, couldn't bring to imagine the two lived but couldn't be together. So, I could only said, well done, author. The emotional roller-coaster finally ended and I'm going to take a break from this kind of story. Overall, if you're seeking for a good yandere story with psychological tone and plot twist, this is a good one. <<less
6 Likes · Like Permalink | Report

Manhua got me so confuse and I feel like a fool after finish that. The story is mind blowing and I cannot wait to get the deep detail out of novel. [At the end of the day, what is real and what is illusion? Is the reality is really the reality? To what content do you believe the reality is not the shadow?]
3 Likes · Like Permalink | Report

Holy ship! Don't read this novel if you don't wanna cry 😭😭😭 I read the manhua (completed) of this after the translated chapters got me hooked and I regret it 😭😭😭 Holy hell like I was feeling too many emotions at the ending. I don't even know if I truly understood what happened. I was so upset, confused and angry. Is it a spoiler to say it's an open ending? I wanna curse the author so much for taking me through an emotional roller coaster through the 4 hours I spent... more>> reading it 😭 I can't say this story was terrible. I rated it four stars for Pete's sake. I don't know if I would've decided to read it knowing what I do now however. The novel was very intriguing. There were morally ambiguous and downright immoral actions that were taken. It was fascinating to see how the characters thought of things and how they reacted. All in all, it was a decent read. If you don't want heartache though, best to stay away. I took internal damage reading this. <<less
2 Likes · Like Permalink | Report

Omg. I really can't explain how shock I'm. The story line is really really unbelievable crazy. I got sway out and got confuse after finished the full manhwa version. Crazyy.. I'm crying like crazyy, I can't stop it. The storyy really written well and the ending, the plottwist than I couldn't sver imagine at first. So dark yet beautiful story. I love this story very very much.
1 Likes · Like Permalink | Report

I've read the manhua. Don't think I'm going to read the novel, I don't want to go through it again since I already know the ending... But if you haven't seen or heard of it before and this interests you, go for it. Just take the drama, psychological, and tragedy tags seriously.
Spoiler

Truly a tragedy either way. Feel bad for the protagonist, and both ML ver.1 and ML ver.2

Alright, I haven't read the novel, but I've read the manhua (translated in the webcomics app) and it was mindblowing. You don't know what's real and what's not and it's terrifying but intriguing. I'm gonna go read the novel now! Definitely give it a try!
1 Likes · Like Permalink | Report

Oh wow, so I didn't know there was a novel version of this, but I've read the manhwa and it really was interesting. All I can say, is get ready for your heart to get twisted over the angst and I think the ending was a great decision personally.
0 Likes · Like Permalink | Report

I can't really explain what I'm feeling right now, the twist was unreal. I highly recommend this, despite the dark tone it is really intriguing
0 Likes · Like Permalink | Report

After reading the first chapters here I checked the web comic that is finished and translated. And wow. I don't know if I like it but I definitely have conflicting and a storm of emotions after finishing it. ... more>>
Spoiler

The ML wasn't a yandere. The whole story was the delusions of a broken mind of the protagonist that is so conflicted by trauma and abuses he started to imagine the ML who he saw was dependent to him when they kids as his support. To the point he relive his trauma and imagine how everything could be fix if the ML (that he imagined to be in love with him romantically) would fix and save him.

The ML we see are the protagonist's version / delusions as he imagined that he's a yandere in love with him.

It's kinda like he imagine his the ML in his delusions who has a fiancé was loved by their father and was stalked by someone (him).

It's quite twisted and unique very well executed.

It was a shock the protagonist was the yandere but can't really blame him. I'm just shocked. He got so much traumatize to the point he completely reject reality and prefer reliving his past with a loving ML and no abuses or r*pes. While his brother ML cares about protagonist but only as a brother. It's the protagonist in the end that wants more (incest)... Yikes. I have conflicting feelings about this and the protagonist....