Novel Updates
RegisterLogin
Theme
Search
Your changes has been saved.
Never Marry a Man Who Has Space

Home >
Novel >
Never Marry a Man Who Has Space 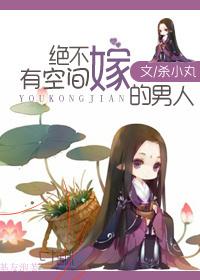 Status in Country of Origin. One entry per line
109 chapters + 7 extras (completed)

From doomsday transmigrated into the male-only mysterious world, Liao Han found that the most unlucky thing was not turned into an extremely beautifull, little weak chicken but being married as a wife to someone pampered with a psycho tendency.

Strive hard to educate this ‘psycho’ into an upright boy?

Liao Han said, forget it! Go away! Get out as far as you can!

The tag harem is only for ML’s brother and father. This is 1vs 1

One entry per line
绝不嫁有空间的男人

These are recommendation lists which contains Never Marry a Man Who Has Space. You should give them a visit if you're looking for similar novels to read. Alternatively, you can also create your own list.
More Lists >>>

gave it a rating of 3.8 The novel is relaxing with a "bit" of dog blood, do not expect too much from this story, the author himself knows that it was not satisfactory enough; there were unfinished stories, they leave you wanting to read more of them... The MC is not s*upid, he is trusting and a bit naive and ML is too possessive and jealous even with his children but throughout the story he changes a bit
0 Likes · Like Permalink | Report

Edit: yeeeep got up to c38 and just... it's not for me. Maybe the ML matures properly in later chapters, idk, but I just lost interest altogether. If you like dudes that gets angry with like a flick of a switch because of words, then try reading this. While yes, he did have some sweet moments, but bruh. The bruh moments are aplenty, imo. Also, this world are all males, so at least, as far as I've read, no annoying screaming infighting. The ML alone is enough to annoy me.... more>> Giving this a 3, well actually a 2.5 since I'm basically just powering through with each chapter now. I've contemplated on dropping this ever since chapter 12 or 16-ish, but I still hoped there'd be some growing up on the ML's part. Speaking of this manchild, while he started off as a kid, and I get that he didn't really get some proper parental guidance growing up, I just find his character really damn annoying. Like ok, puberty is a thing, I get it, but come on now. The MC is like always walking on eggshells with him, and that's really frustrating and annoying. Who wants to live with the constant stress of suddenly angering a kid without even realizing, and that kid is actually capable of killing you on a whim? I really commend the MC for having the patience of a saint to deal with this damn brat. To be honest, I'd actually just prefer it if the MC divorced this brat and then let him do the chasing.
Spoiler

So he threw MC, who he already married, into this labor area, because he thought all the things the MC did for him back then were not genuine (I mean the MC just saw him more like a son, because HE ACTED LIKE A GODDAMNED CHILD). He basically abandoned him to be the equivalent of a s*ave in the palace doing tedious labor. He pretty much threw him away right? Why not go all the way and just divorce him as well? But when he accidentally heard that there was someone who was interested in marrying the MC, he threw a fit and got him back? "Li Yin was furious. Even if it is what he discards, others can't covet it!" Like what?? So you abandon your concubine to do hard labor, but still treat him as your property? He was never treated as a husband to begin with? But he still expects the other party to treat him as his husband? Wew lad. While he doesn't realize that he's starting to fall for the MC, he's really dealing with it in the worst possible way... and I really really want to punch him in the lungs for it.

Another thing that irked me is ML's disregard to his "pets". I mean just look at the MC. He treats the MC as his pet. He's trained beast mounts, or other beasts as well, and he just discards them like old socks. There was also the MC's mount, a docile creature. While the MC was recuperating in his (ML's) space, he had his own lion like beast mount eat the docile beast because, weak. Then he had it replaced the following day with the same species, but the MC still noticed the difference. Everybody just brushed it off like it was normal.

[collapse]
I honestly don't know if it's worth to finish this. The ML is like a ticking time bomb. If it weren't for the MC and his saint level patience and perseverance, I'd have dropped this already. <<less
11 Likes · Like Permalink | Report
Leave a Review (Guidelines)
You must be logged in to rate and post a review. Register an account to get started.

A Chance To Become An Adonis