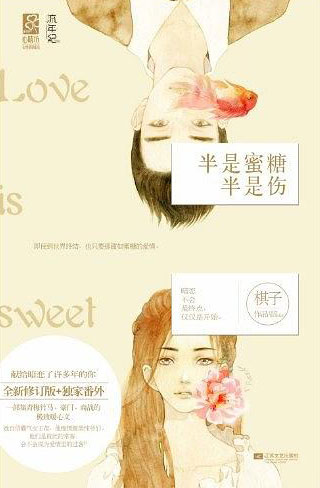 You should believe that there is always a feeling in this world which will make you remember to the end of life even if you should go through the hidden love of eighty-one difficulties. She is a queen in workplace, a tsundere woman in life, a domineering mature woman in appearance and a Transformer in mentality. He is a conqueror in workplace, a man with poisonous words in life, an unruly man in appearance and an invincible superman in mentality.

They were “Childhood Friends”. However, she fell in love with another guy. As an unknown secret admirer, he cannot express the pains in heart and dared not show the affection to her. He devised a plan and tried to break them up and get her back. Did his trick succeed? When she knew that he did such a thing, whether she would forgive him?

Alienation is sometimes because you are afraid of falling in love with that person uncontrollably rather than hate. She deliberately stayed away, however he pressed on step by step. She was his rib. After so many experiences and struggles, will the love come in time? Love is half sugar and half injury

These are recommendation lists which contains Love is Sweet. You should give them a visit if you're looking for similar novels to read. Alternatively, you can also create your own list.
More Lists >>>

In the translation, the story starts off pulling in flashback/present plot of childhood friends, of which MC had a liking to another guy (not the childhood friend, who secretly likes MC). The MC followed the guy as his lil sis, but got rejected because he got a girlfriend who is studying in the states (The ML (childhood friend) who's also in the states that time, knew the GF, the gf seems madly into him). *Skips* She went to the states to study, then MC goes back to her home country reunite with the guy and even had a relationship with - skips from high school (?) to uni, but anyway that's the past.

Back to present, then there's this guy her boss who's formerly very strict in dealing with her, and help her in leveling up in her career. She resigned (?), they had a talk, the boss suddenly confess to MC and kiss her; it ends there. He send her home of which the childhood friend is waiting at the stairs (or is it door?) (they're living together, or the guy has her keys or whatnot, not specified). The childhood friend goes inside seems mad, she follows, ignored her boss. They do the deed, with her consent.. (Why though?). The translation ends there.

So I jump to raws, reread the parts where the boss kiss her, and found few details not in the translation. Like the MC's name Juno, and childhood friend (likely the ML) english name Zeus have something to do with Greek Mythology, and oh the "scene" had some bit of details too. Somehow, this uncovers the adding up questions in my mind while reading. (This all happens in prologue - chap 5). Fast-phased, unsatisfying details.

I've got to the part the MC and childhood friend goes back to their hometown (?), Got fam reunion, it seems they're together (how though?), sneak out and do the deed.

The childhood friend (ML), got some pov he summarize the past. In his pov, the GF of the Guy, have a relationship with him (he allows the GF chase him and makes passes to him to hurt MC). He really got hurt when MC told him she likes the GUY, yet, though he had a relationship himself the MC doesn't seem to mind. Anyway, when MC and the guy broke up, the ML got relieved. Unfortunately, later he found out she had an ambiguous thing with her boss. Then I stop, need to check for updatesss~~ (raw1

[collapse]
I'll come back if there's no more new update from 'those novels'. Try reading this, might be good. I'll put rating later if I'm halfway done to the story, give the author some shot to broaden the plot.
6 Likes · Like Permalink | Report
Advertisements
Leave a Review (Guidelines)
You must be logged in to rate and post a review. Register an account to get started.