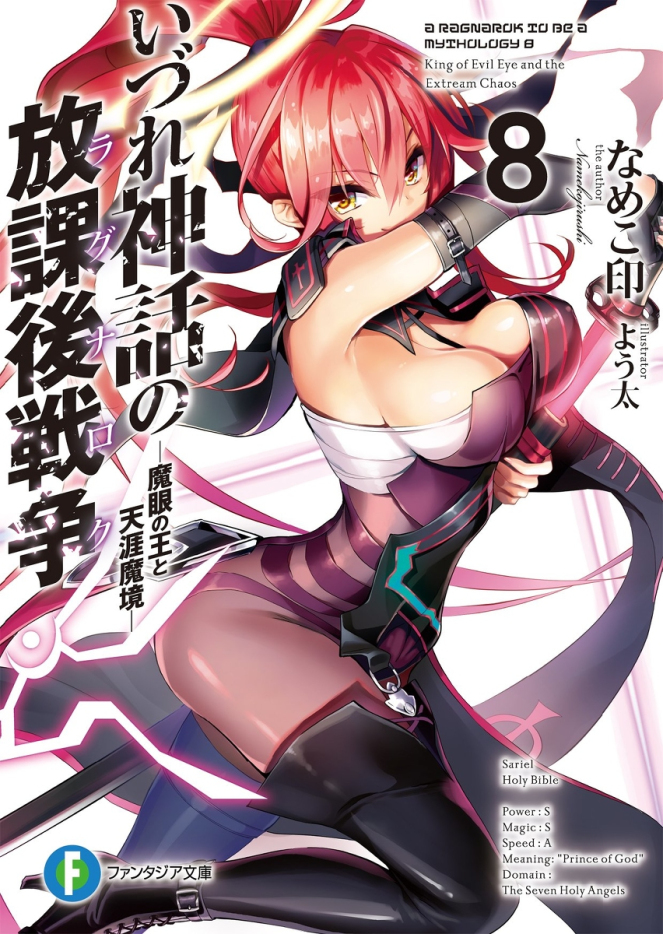 One entry per line
Namekojirushi

One entry per line
Youta

Once before, Seven mythical Gods appeared on Earth.Their battle split the earth and tore the sky. 10 years after the battle, the calamity should have been long gone already.

However. A boy named Shinsen Raika had his true little sister abducted by a god in the battle and was currently standing in the『Academy』on an artificial island in the distant seas.

Here, the night was called as after school time. During that time period, the 『Gods’ Proxy War』 were being held by using Divinity-Compatible people for gaining the seat of the law of world (The supreme God).

On the first night, Raika was attacked by a Norse mythological God called Brynhildr. Facing death in front of himself he acquired the detestable power of gods, the power for revenge.

「Become my s*ave! Give me not just your hands and legs, but also your fingers, toes, and even your soul!」.

Absolute Domination, using that power from the devil eye of Balor, he tries to take back the world from Gods control. A new mythical heroic saga of a devil eye-user person swearing to take revenge on Gods begins now!

These are recommendation lists which contains Izure Shinwa no Ragnarok. You should give them a visit if you're looking for similar novels to read. Alternatively, you can also create your own list.
More Lists >>>