Novel Updates
RegisterLogin
Theme
Search
Your changes has been saved.
Advertisements
If You Get Caught in the Villain’s Snare

Home >
Novel >
If You Get Caught in the Villain’s Snare 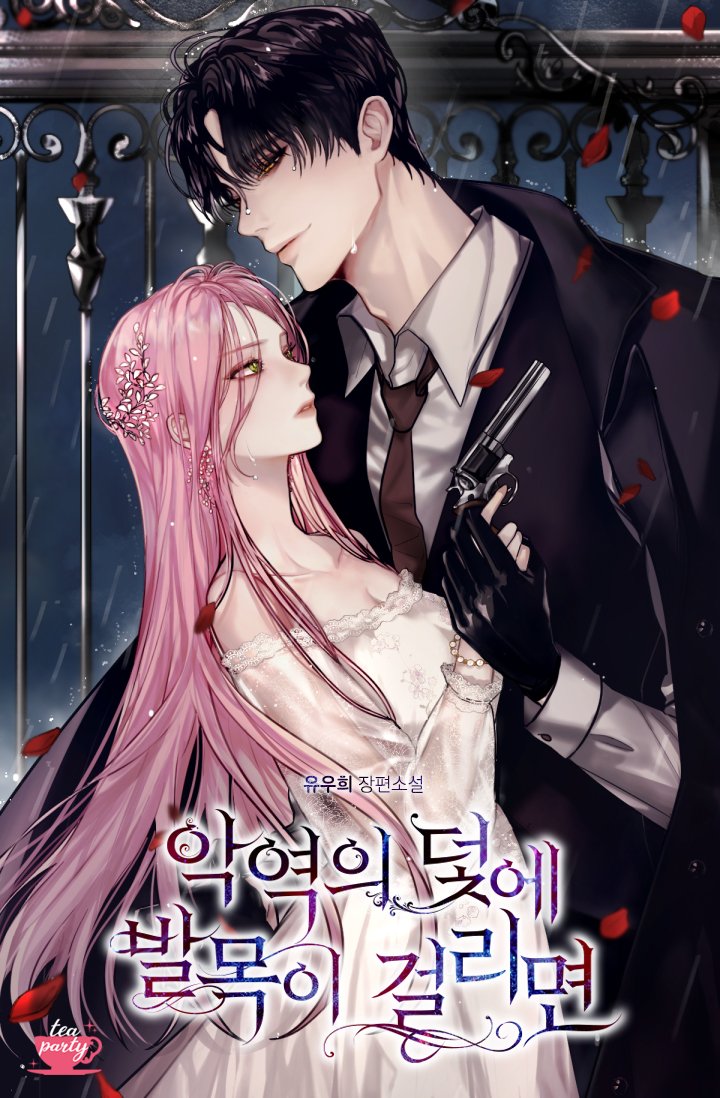 One entry per line
유우희

One entry per line
Tea Party

Six years had passed by after I set fire to the mansion and ran away.
I thought my family had already forgotten me, but they started searching for me after all this time.
One hand reached out to me as I desperately tried to escape from their clutches.

“I’ll let you go when the rain stops.”

Robin Vhind, a suspicious man who followed me, claiming that he was worried about me.
Having no choice, I stayed with him at his place despite knowing only his name and nothing else.

A sense of deja vu. Friendliness without reason.

“If someone harms you, for whatever reason, I’ll get rid of them.”

As my defenses dropped one by one, I eventually fell for him.
It felt like I was truly special whenever he spent time with me.
But beneath this kind mask, I saw his true self…

The more I tried to escape, the worse Robin’s obsession became.

“Just give up. So that I can be kind to you until the very end.”

What am I supposed to do with this lunatic?

These are recommendation lists which contains If You Get Caught in the Villain’s Snare. You should give them a visit if you're looking for similar novels to read. Alternatively, you can also create your own list.
More Lists >>>

The translators do a good job, but the story is predictable and poorly written. The storyline is all over the place and the world building is really poor, which could be salvaged, but because there are so many details that don't make sense (and I'm only on ch 8!) I decided to drop this story. ... more>>
Spoiler

As another reviewer noted, it doesn't make sense that the FL was abandoned by her original family at 17 and then the Count just happened to decide he wants a daughter and adopts her, even though she has shown no abilities with her mana. Then, even though she may be a commoner, she somehow was allowed to become the prince's fiancée? That didn't make sense. Nobility would never allow her to become royalty...MAYBE if she had some extraordinary ability, but no one, besides her dad, even seems to know she can predict the future in precognitive dreams.

The family dynamics also don't make sense. It seems the Count just adopts children (kind of?) since, at least one of her brothers, has a different biological family then the Count.

[collapse]
I was looking for stories with an obsessive ML and this scratched that itch, but otherwise I wouldn't necessarily recommend this. <<less
3 Likes · Like Permalink | Report

It's just not well thought out or well written. I had high hopes and they were dashed. ... more>>
Spoiler

Per the setting written in the story: her original noble family abandoned the MC (a 17 year old girl) at an orphanage.

They raised her for 17 years and then "abandoned her at an orphanage."

Just because she had no special power, which is the norm in the first place.

[collapse]
I can't suspend my disbelief for such egregious writing. <<less
4 Likes · Like Permalink | Report
Advertisements
Leave a Review (Guidelines)
You must be logged in to rate and post a review. Register an account to get started.