Novel Updates
RegisterLogin
Theme
Search
Your changes has been saved.
Advertisements
I Raised an Obsessive Servant 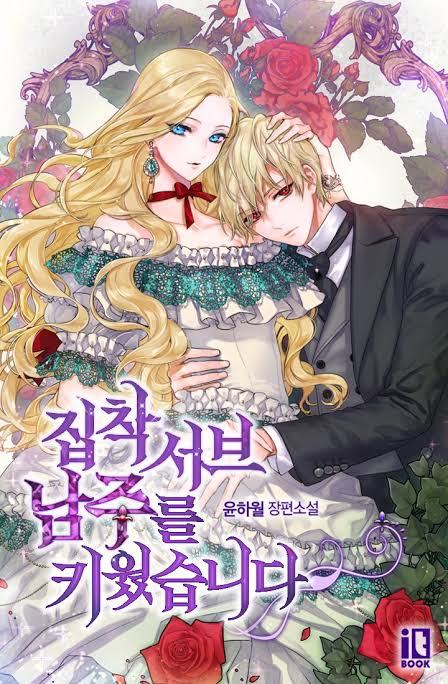 One entry per line
Sol
Yooani

Status in Country of Origin. One entry per line
179 Chapters

One entry per line
D&C Media
It Book

I was fighting with the heroine for the Empress’ seat.

I, Yurina Carthia, the villainess, die at the hands of a mage supporting character.

So before the heroine gets a hold of him, I decided to find the young mage supporting character in the orphanage to sponsor him and pull him to my side.

“Ray, I want you to remember what I’ve done for you today. And later when I’m in danger, you have to save me just like how I saved you today.”

I only have one goal. To avoid death and survive by winning his favor. But then…

“Don’t forget, Yurina. I’m the only one who can save you and kill you. So you have to stay by my side.”

The child, who I thought was a dog-like cat, has grown up to be an obsessive man!

These are recommendation lists which contains I Raised an Obsessive Servant. You should give them a visit if you're looking for similar novels to read. Alternatively, you can also create your own list.
More Lists >>>

2 group(s) hidden due to dead links. Click here to show all releases.

One of the best transmigration novel that I ever know. Deserves a full 5 star, and for your information, this novel also get a 10 perfect rate in Kakao ♥ ♥ ♥ ♥ This series is fluffy yet a little bittersweet. Kind of tragic, yet very addicting. Read a little and you'll find yourself wanting more and more. I really love the plot, the characters development (especially Raynard's), the characters, also the plot twists (which are very unpredictable but didn't disappoint one bit).
29 Likes · Like Permalink | Report

First off, has anyone heard from the translator about the continuation of this series? I checked out their WP and saw that they were going private because of their scanlations but it wasn't clear if that also applied to their novel translation, or would they be releasing those elsewhere? Just wanted to know if anyone has information about that. Onto the review... The plot is another transmigration-villainess novel. The MC is transmigrated after her death (hello again, Truck-san) into the body of Yurina/Irena Carthia, a 10yo noble girl, who is the villainess... more>> in a novel the MC read before transmigrating. Yurina's destiny was to be the rival of the protagonist, who is also another noble child, for the right to become the next Empress. She would die by the hands of the ML and the protagonist's father, whose family gained the upper hand by finding and sponsoring an extraordinary mage among the common folk, the ML (who is also the protagonist's 2nd ML in the original story). For some mysterious reason, the MC doesn't have clear memory of the novel despite knowing she should know all the details in the novel. However, she does remember how the protagonist's father found the ML and decided to find and sponsor him first to gain his favor so he won't kill her in the future and take away the protagonist's trump card, which would've led to her family's demise.
Spoiler

By chapter 16, it's clear that the ML and MC have some feelings for each other but both aren't really aware of those yet. The MC is still 10yo and the ML is 12, almost 13yo. The MC just met the protagonist's ML in the original story, the Crown Prince, who has shown an interest in her and was her paramour in the original story.

There have been no signs of the protag or her family yet, but the mystery surrounding the ML's magic leads to some interest questions about the protag's father and the ML's eyes. The ML has red eyes that are commonly considered cursed by the kingdom's general population; however, they're actually blessings of the goddess to denote powerful magic users. The "blessing" part seemed to have been deliberately stricken from public records and was only found in a book full of ancient text. Only few know how to read the ancient language (MC was lucky because she knew from her past life that the records existed and also had the help of an influential mage to read and find the texts), yet the protag's father knew the truth about the red eyes that led him to take in the ML in the original story despite being unlikely to be able to read ancient texts. What does that mean about him?

[collapse]
Other than some grammar errors and some of the dialogue structure making it confusing to know who is talking (but it's pretty negligible), the story is a pretty easy read. Transmigration is my Achille's heel and this is a pretty good one so far. I like that the story actually makes it clear that the MC isn't all-knowing about the story's plot because there's something blocking her from remembering all the details of the story. So, it's not a predictable path for her and her anxiety about her "fated" end is more believable. I also appreciate that the MC approaches her situation with the mindset of needing to put her own safety first, but she doesn't actually abandon her modern-Korean moral values. I recommend this, but given the current situation with the translator, it's possible that the next chapters won't be available unless another translator picks this up or the previous (current?) translator releases the chapters to the public. So, I'd hold off until you see chapter 17 somewhere. <<less
17 Likes · Like Permalink | Report

I hope someone pick this <3 its good story and I wanna see how it develops in the future, thanks for all the chapters until now c:
16 Likes · Like Permalink | Report

Someone who speaks Korean please be a hero and translate this beautiful novel for us!!! One of he cutest and most romantic korean stories I've read. I’m a big fan of novels where MC raises ML to opness and he returns the favors with boundless love, especially when the ML was terribly abused and abandonnes before being picked up by MC. Also, the butler/young lady relationship can only make me go kyaaaaa XD
11 Likes · Like Permalink | Report

Translation is superb. Thank you @DropofLight for the wonderful translation and picking up such a good story to share with us fanatic readers. Looking forward to the upcoming chappies.
11 Likes · Like Permalink | Report

It's great. Good translation, cute story. Edit: Now available to everyone without any login requirement. I would change my rating to 5 stars if I could. The plot so far is how the main character has her family take in the male lead and sponsor him for magic studies. The ML is unused to aristocratic society and uncertain of his worth. He is very cute. There is no tragedy yet, only fluff.
8 Likes · Like Permalink | Report

Considering the s*upid title, I don´t know how trustworthy the comment above is, but I´ll refrain from rating it since we´ve only got 3 chapters so far, and so far, it´s actually alright, hopefully MC has balls and brains. Two important characteristics in order for this novel not to be another cringey, generic story. And a big thank you to the translator for picking this up despite suffering through exams. Edit: Welp... I gave it 1 star. Reading chapter 8 I couldn´t focus, what to say... it´s a very lackluster story with... more>> amateurish writing. The drama or "plot" is just uninspiring and predictable. But it´s an OK read for anyone who enjoys reading shoujo story about a girl transmigrating into a novel where she struggles to change her destiny with a dashing prince right by her side. <<less
7 Likes · Like Permalink | Report

I really liked this. It was really sweet. I hope someone picks it up again because I would love to know what happens next.
6 Likes · Like Permalink | Report

Guys, I just saw the promotional and I got interested on it, sadly this was stopped so we won't be able to read it anymore, isn't it? I'd love to see someone willing to work in this again, I have many questions) : anyway, for the translator who did it so far, tnkms for your hardwork, we understand ♡ hugs*
6 Likes · Like Permalink | Report

I love this novel. I love the development, I love the characters and I love how the author portrayed the world. The translation in really good. The conversations flow and I don't get confused when I'm reading. It's not MtL and you know. I can see that the translator really spent time in this. I only wish it the chapters were long and that I could get more updates; mainly because thus novel is just that good.
6 Likes · Like Permalink | Report

Don't be too quick to judge the book by its title! Please don't be that person that drops this book just because he finds the title cliche. You'll be missing alot if you do so! First off, ML isn't an obsessive servant as the title suggests. Eventhough they were sponsoring him to become a mage, the Carthia family never treated the ML as a servant. ML was allowed to live in the mansion in a luxurious room and with maids attending to him. He was also allowed to interact freely with... more>> FL despite him being just a commoner. He is also not as obsessive as the title and summary suggests. Tho he do love FL greatly, he never tried to control FL's actions. Despite having the urge to become selfish, he always respected FL's decision in the end and treated her in high regard. Tho I'm proud to say that I'm staying for the fluff (ML is always such a big fluffy pup to FL xD)
Spoiler

the tragic fate of one of the characters is also one of the things I've been most waiting for (one of the story's highlight aside from the fluffs) It will definitely surprise you, but if you were attentive enough you will realize that the author has already been dropping hints in the early chapters

[collapse]
This is such a great read I promise! The writer has such a way with words, and the translator so far is doing a good job conveying it. Do read this! But please, DO NOT REPOST IN INSTAGRAM! Don't let this story be dropped again by the translator T^T <<less
5 Likes · Like Permalink | Report

Why ia yurina carthia and raynard so adorable as kids. I dont want them to grow too fast. They are so cute together. Maybe i'll try raising and obedient lover too. Heheh
5 Likes · Like Permalink | Report

Well, currently the story is progressing really well. I'm drawn in by the fluff (∩❛ڡ❛∩). In any case is this novel still being translated?
4 Likes · Like Permalink | Report

5/5 This is sooo good. Highly suggested? Beautifully translated too. Thank you so much translator-nim
2 Likes · Like Permalink | Report
Advertisements
Leave a Review (Guidelines)
You must be logged in to rate and post a review. Register an account to get started.

GOING TO ANOTHER WORLD THROUGH THE...
Advertisements