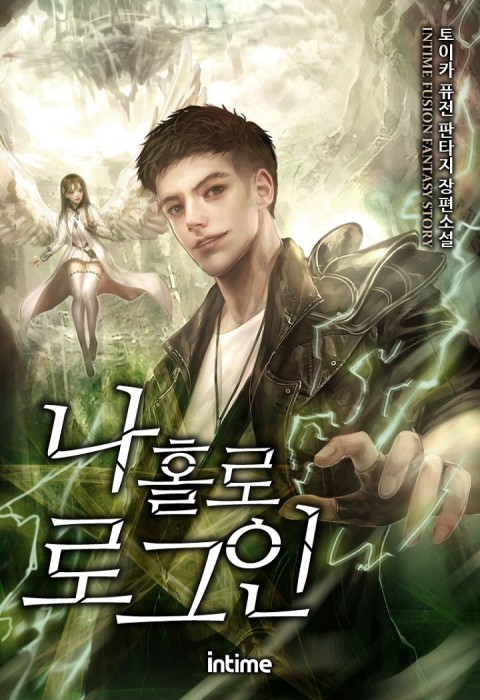 Status in Country of Origin. One entry per line
260 Chapters (completed)

One entry per line
Intime

“I’m excluded from any ball games.”

“Are you kidding me? Why are you the only exception?”

“If I play with the rest, everyone will be excluded. Physically.”

The strength that Jung Si-woo has is not from any hard training but just a power he was born with.

When he turns 16 years old, the world faced a cataclysm, a huge castle appeared over the Earth out of nowhere. It began selecting special humans to grant them wings making them a Player and that soon changed the world.

Jung Si-woo with a supernatural strength has still not been able to forsake his dream to be a Player. While he was enjoying his jobless life, he saved a falling Player and unknowingly met the requirement to be a ‘Underground Player’.

He became more special than anyone ever is! Now, Jung Si-woo brilliant dungeon strategy play begins.

Everyone Else is a Returnee (3)
Infinite Competitive Dungeon Society (3)
I Reincarnated For Nothing (2)
Stop, Friendly Fire! (2)
I Alone Level-Up (1)
A VIP as Soon as You Log In (1)

These are recommendation lists which contains I Login Alone. You should give them a visit if you're looking for similar novels to read. Alternatively, you can also create your own list.
More Lists >>>

I absolutely love the manga for this novel and seeing it translated made me extatic. Especially when the translations were done this well. Ty Asada you guys are doing awesome. For those who aren't yet fans read the novel before the manga, the manga isn't terribly done either. A good power novel.
9 Likes · Like Permalink | Report

I'm tired. Toika has ideas that are so fascinating you just have to see where it all leads. For a long time, that was enough. Good concepts and interesting worlds are quickly soured when the author makes the MC feel like a self-insert fanfic character. He constantly praises the protagonist's every action like he's afraid we don't fully appreciate how awesome he is. It makes most conversation grating to read. It's even worse when he does it in the middle of action packed scenes. It ruins the flow and really feels like the... more>> author, not the character, is the one gushing. His insistence on all his main characters having harems is baffling considering that it's easily the thing he's the worst at. There are anime beach episodes with more complex relationships. His love interests make Yandere characters in gore manga seem demure. There are 2 page Yuri Doujins about chocolate with better written dialogue. I honestly thought he meant it when he said he'd cut back on the harem schtick. I wouldn't be this disappointed if he was good at it. <<less
8 Likes · Like Permalink | Report

I was very surprised when I knew this is a toika novel. I came across the manhwa version first and it is so awful, very hard to chew with the whole nonstop explanation of the fairy supporter girl
2 Likes · Like Permalink | Report

Good novel so far! A little on the silly side, very Toika. Fewer female love interests so far, but I'm sure that'll change. The MC is overpowered right from the start. He goes on a rampage pretty early on and just keeps going. It started off with pretty solid translating from Asada and moved to ActiveTranslations. Their translation is very good, they even went back and re-edited the early chapters.
2 Likes · Like Permalink | Report

The needle in the haystack, the white whale and the Toika story that seems like it wont end up a harem. I know I was surprised as well. The first few chapters have the same fun feel as well as potential for chaotic events that will follow, looking forwards to the following chapters.
2 Likes · Like Permalink | Report

Well the story is really intresting. It piqued my intrest from the description itself. Its like reading bit about story of Superman, but I like it very much. Anyways give this one a read if your interested in op male lead.
0 Likes · Like Permalink | Report

This novel really reminds me of Infinite Competitive Dungeon Society. The main character is similar to Shin from that novel with the exception that hes not an idiot. If you like Toika, you'll like this novel, if you don't like him then I'm not sure why your still reading his stuff haha.
0 Likes · Like Permalink | Report

Another translated Toika novel! Just by reading the very few chapters I already convinced that this gonna be great. Just like Toika's other works, the protagonist start with a certain OP-ness, breaking common sense-chan, great comedy, and did he just obtain 1st harem member right in the very beginning? More member coming I guess. Just like other Toika's novels, you either like it or hate it, and I definitely love it!
0 Likes · Like Permalink | Report
Advertisements
Leave a Review (Guidelines)
You must be logged in to rate and post a review. Register an account to get started.

My Attack Stat is Negligible, so...