Novel Updates
RegisterLogin
Theme
Search
Your changes has been saved.
Advertisements
I Chose to Fake My Death

Home >
Novel >
I Chose to Fake My Death 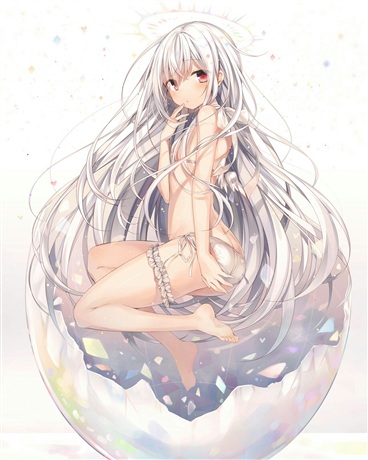 One entry per line
米白粕

Status in Country of Origin. One entry per line
Prologue + 95 Chapters (Ongoing)

If your IQ suddenly broke through 500, what will you try to do?

If one day you suddenly obtained a super power that science couldn’t explain, what would you plan to do?

If a dazzling God created a system just for you, would you die out of happiness?

But there is a prerequisite: You already turned into a blue-eyed, silvery-white haired Loli by then. Would you…

One entry per line
我选择装死

These are recommendation lists which contains I Chose to Fake My Death. You should give them a visit if you're looking for similar novels to read. Alternatively, you can also create your own list.
N/A

Update: Gave this another chance... Nope. If I could, I'd subtract another star. Story keeps jumping around and makes no sense. Either bad writing or translations or even both. Both the MC and the author has a mentality of an 8 year old or something. Also, cover isn't official, it's stolen from 米白粕: https://www. pixiv. net/en/artworks/60504662 ~~~~~~~~~~~~~~~~~~~~~~~~~~~~~~~~~~~~~~~~~~~~~~ Becomes a girl, next morning she goes "Dad, I became a girl." and then hugs her father like a little girl. "Daddy's hand... so comfortable... " Except that's also the father that beats her apparently. Her... more>> parents just accepts it like nothing is wrong with it. For some reason it went to a little girl playing LoL with online friends and shit. Literally an entire chapter describing an LoL match. There's a lot of little thing that irks me and just doesn't make sense. Pretty bad writing. <<less
50 Likes · Like Permalink | Report

Prologue. Part 1 Trap wanted to be a girl. Prologue part 2... more>> Girl ask Trap if they want to be a girl, makes them their ideal. Chapter 1 MC "Dad, I became a girl" Dad "..." MC *does... And says things that seem... like both innocent, unintentional innuendos X seemingly sexual acts X "Daddys hand... So comfortable" Chapter 2 Wanted to play on the pc... Drops pc on herself... Hospital time Chapter 3 Was gonna play with herself. Stops. Says that ".. only 'that person'" may "play" with her. LOL Gameplay Simulation. Chapter 4. Not translated yet. Now, for the parents not caring, I'm gonna assume that the body wasn't the only BS magic the supernatural girl used. It's likely she changed more than just the MC, It may even have been spread to all records of MC in the 'set' world, basically implying that the male MC never existed, but the girl, MC, does now. An the world may seem to have had her from the start. Anyway, that's my review. Oh, the rank would have been lower, but for some reason, I find the MC with such a low EQ Cute due to the image. So, if the character didn't have a severe lack of EQ... and cute appearance... AT THE SAME TIME. it would have been a 1-2 star... preferences people. Preferences. <<less
16 Likes · Like Permalink | Report

This story is completely rubbish. It actually made me feel sick in the stomach just reading it. First we have a boy who is ostracised and excluded by everyone and turns into a loner who falls in love with the 2D, that ol' cliche. He then wishes to be a girl so that he will be loved and Her Bimboness, Goddess Vampire Lesbian, appears and turns MC in a girl. This much I could accept, but the story became even more sickening. I shall include it in a spoiler just in case,... more>> read at your own risk.
Spoiler

MC turns from a 17 year old anorexic guy into a 14 year old "adorable" loli. Tells the parents and they accept it as it is the most normal thing in the world.

Afterwards, dad proceeds to pat her (him) on the head and she (he) goes "daddy's hand... so comfortable, " before reminiscing that this was the same hand that beat him until he was coughing up blood on the floor for not getting dad a glass of water. Don't forget, he's supposed to be a 17 year boy inside. I want to point out so many things wrong with this, but I'll just stick with my original term for it, sickening.

Next, our 17 y/o boy turned anime loli with serious daddy issues and a retardation in mental growth, is kidnapped by someone is became/was already a goddess or some crap but is actually her (his) servant. The whole scene up to it is absolutely rubbish, where she is sexually assaulted, the guy? Even saying he fingered her when she was unconscious, and taken physical advantage of because she is a strong weak as a four y/o child. The whole scene was incomprehensible because the author constantly changed scenes from one paragraph to the next.

MC then gets a system, which displays her (his) stats. The reading for being so weak is her (his) strength value is at 1. Because of this, she (he) is as weak as a chicken and constantly gets sexually harassed/assaulted. She protests to not sexually harass her (him) but then says "please... don't, or... I will start to like it" with teary eyes... sickening.

She (he) gets free points to increase her (his) stats, yet every time she puts them into intelligence. Despite "becoming more smart" she is still sexually harassed because she still isn't smart enough to think "if I put some points in strength, I wouldn't be so weak everyone can take sexual advantage over me at their own convenience."

Other characters are also constantly inconsistent and change completely depending on the story.

Dropped, this story makes completely no sense at all. The protagonist's way of thinking is way too illogical. Like what the hell was he thinking, he be like: I am a boy, I get bullied, if only I am a girl, I'll be loved. And there's his father too, he said there was an occasion where he got punched by his father, but after he changed into a girl, not only did his father not question him, he even started to dote on him, like what the hell... Ok well, maybe I... more>> can understand his father's sudden change of attitude if I think much deeper into it, but hell, I just can't keep up with the protagonist's childish way of thinking. No matter how much I like the gender-bender genre, this one is definitely an out for me. <<less
6 Likes · Like Permalink | Report

Just so you know, this is not truly a "review" but More of a way for readers to actually view what the story has to offer, rather than be diverted from even reading due to the bad rating. -First of all, the protagonist is a male hiki-NEET with close to no communication skills, and his transformation to a different gender does not change this, at least not initially (*hint*hint*) -Remember that the story progression is really not that fast, in fact, it can even be considered to be a slow-paced comedy... more>> fluff (not the kind of "fluff") story. -most importantly, this story is extremely casual, and kind of "gaggy". If you try to take it seriously, I'm afraid you will be disappointed with the character growth in the beginning. Admittedly, the idea of old men lewding a middle schooler who was formerly male is kind of off-putting. Nevertheless, you'll find that the story does eventually catch up and becomes much more entertaining. If you keep the fact that this story is meant to be comedic yet slow, and not seriously, you'll have an easier time digesting this novel. If you're against TS, you shouldn't even be reading this or reviewing this. <<less
5 Likes · Like Permalink | Report

I dont even understand what is going on but I'm staying for the goddess loli (MC). Story is like author writing whatever comes to mind even though its random and doesn't make sense. Lots of s*xual tones and pedos. MC probably has some mental issues too..
4 Likes · Like Permalink | Report

Only read the prologue so far, but it looks great. It is about a boy who always wanted to be a girl or at least thinks that his troubles will be gone that way.
Spoiler

BTW mysterious girl pops up and ask him if he wants to be a cute little girl... Well looks entertaining from my point of view.

[collapse]
That is what I got so far.
4 Likes · Like Permalink | Report

Premise is used a lot, but overall a good read so far. Author is a strange person (yes I've talked to him) and he's random in his story telling, Although there is a story, it's a little slow getting there because he takes a lot of tangents. The MC was never a trap, just thought his life would have been better had he been born a girl. He isnt s*upid either, he just has no idea how to interact with people (there are very good reasons for this), even when he is changed.
2 Likes · Like Permalink | Report

I kind of liked the opening, and thought the first few chapters were pretty good and a lot of fun and had a decent amount of potential. You had nice concepts happening. Instead of being isekaied into a game world the MC's reality on this world is made a game world. He winds up doing game like things in non game like settings all the while dealing with his sexual confusion (Hilarious, remember it's comedy when it happens to other people). You get a hilarious stream of consciousness, that's... more>> a lot of fun follow. Then around chapter 30-40 it runs out of steam. The MC gets very repetitive. The plot devices stop being funny and start being annoying, and you wonder where's the stuff I read this for ? By the time I got to C 47 I was literally forcing myself forward and finally just decided to drop it. All that was left was a confusing pile of random <<less
1 Likes · Like Permalink | Report

The MC is a huge idiot and the story is all over the place. One of the two I can deal with but both just ruins the story and I am kind of allergic to protagonists so s*upid that they should not realistically be able to survive especially when the MC supposedly has intelligence stats higher than any human on earth. Still I have seen worse stuff and I suppose some people enjoy this kind of story so I give it 3 stars.
1 Likes · Like Permalink | Report

Good novel if you have excessive of brain cell and you want to burn them :D Story is about tr*sh man turn into loli, and he become mindless yet mental illness loli. All of her action is nonsense and each chapter barely connected to each other. The premise of the story interesting tho, its just the writing kinda off to read if you wanna progressive story. I have no idea why i'd read into latest chapter too. Other character suffer same things, like her dad, maid, police officer etc.. They have same kind... more>> of mental illness, probably because MC ability. Overall its barely readable to me altho im really into the idea, things how the story goes on truly weird. <<less
0 Likes · Like Permalink | Report
Leave a Review (Guidelines)
You must be logged in to rate and post a review. Register an account to get started.

How to Talk to Girls