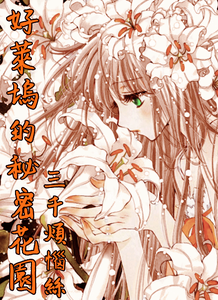 Status in Country of Origin. One entry per line
800 Chapters (Complete)

“As everyone knows, since 1993, you have been nominated for an Oscar for your scripts every year. Why is it that you are rarely seen at the award ceremony?”

“Having gone to the event with a highly anticipatory mood, only to then wait tensely for several hours before returning disappointed, experiencing this once or twice is enough for me.”——Forcing me to wear a dress that shows off my breasts for reporters to take a picture, to allow the eyes of men to eat their fill? It would be better to kill me!

“You have written scripts tailored specifically for many stars. What allows you to always write suitable scripts for them?”

“This is a matter of inspiration. I also have a very hard time explaining this, but generally, the stars have some characteristic that inspires me.”——If you reincarnate at this moment as well, I guarantee that you can also accomplish this.

“In Hollywood, your s*x scandals truly are scarce. People have previously said that you are gay, so I would like to ask, do you have a boyfriend?”

“I very much believe in fate bringing people together, as people can conclude from the scripts I write. I believe that one day, I will meet my true love.”——To be mentally gay or physically gay? Yeah, I choose the latter!

Our slogan is: Creating the most wicked garden of lilies in Hollywood history!

One entry per line
好莱坞的秘密花园

These are recommendation lists which contains Hollywood Secret Garden. You should give them a visit if you're looking for similar novels to read. Alternatively, you can also create your own list.
More Lists >>>

Basically. My preferences are. Gender bender. Reincarnation. Modern day. Plagiarism in a reincarnated setting. Comedy. Funny, yet seemingly unfair treatment of (GB) Male->Female MC. SOME TEAR JERKING EMOTION. not so much as of now, but Yuri. What does this have? All of it. The emotional havoc that [No Updates] causes.
12 Likes · Like Permalink | Report

I love the few chapters that are translated. The series is a lot like I'm in Hollywood except the male has reincarnated in to a girl in the past who then tries to make their way in the film business. In this series the MC has a good family and is not too complicated, but still has a comical tone. The MC knows what they are doing and is also very capable. This story includes things like Hollywood, real people, celebrities, and different references so it is fun to read.... more>> It is a great series and it makes you want to read more. I would highly recommend it. <<less
6 Likes · Like Permalink | Report

The new translator is an absolute wet blanket. The names are constantly jumbled up and so are many, many other things which makes it really quite annoying to read. The story itself shows loads of promise.
4 Likes · Like Permalink | Report

As of Ch.6; we have a well-written protagonist, a promising plot (reincarnated, sent back in time in a modern world, perceived as genius) with twists: (a) she'll debut in the film industry; (b) Gender Bender <insert lenny face>; and non-binary side characters (particularly Jessica). The translation quality is very good (I suspect a large reason for this is the western setting). I really hope someone picks up this hidden gem soon, and not just because I love gender-bender.
3 Likes · Like Permalink | Report

Honestly, the intro is a mistranslation lily refers to Yuri, not at the S*X level but at least at the holding hand's levels or a kiss level. Which have nothing to do with lilies? The author use alots of slang which don't help in translation, the format is also in America. It has thousands of chapters written over the periods of 2 years, with 2 site stories about the main characters meeting up with "himself" before being reborn. It's a troll, no wonder the author didn't officially release it. Thousands of... more>> chapters over 2 years? 2 chapters a day on average? Common the language and grammar is in the tr*sh being. 5 star for the translators having need to edit the raw and translate at the same time. I might translate it in my spare time when I'm super free but no promise. <<less
2 Likes · Like Permalink | Report

As always, I'm a serious fan of reincarnation stories or transmigrations, gender swaps, and of cource FEMALE LEADS. The whole plot of her (he) using her (he) past lifes stories to expand her scope in the hollywood movie making industry truly fasinates me. It literally pulls me in. I am however disappointed in the detail; it may just be the meanings lost in the translation processes but still. Love me some moderately controlled detail, or else the whole thing ends up confusing [ex: what time period is it, how andvanced... more>> is the technology,.....] <<less
2 Likes · Like Permalink | Report

What little there is of the translation is kind of bad, sure, but the actual work is kind of beastly good. I really feel for the protagonist, and they don't shy away from showing affection. A lot of sympathetic emotions. Sort of don't like how the story trivializes works, like, even if you know what kind of media would succeed, it doesn't mean you could just crib notes and somehow make instant successes, even if you have the same actors. That aspect really diminishes the believability of the story.
1 Likes · Like Permalink | Report

For the new translations I know most people got dissapointed with the new translation is bad but from what I read from the previous translator the author actually did not use modern chinese but some kind of a dialect/derivation of traditional chinese. Therefore its harder for people to translate it. I appreciate the effort of the new translator because the previous translator gave up on this series because of the author's style of writing is hard to translate. So I hope you guys can put up with the degraded quality... more>> of translations. I love this novel since the few chapter got translated and I would love it to be translated again and finished. I cant understand chinese therefore I still need translators to do translate it so I can enjoy it. And if you asked me if I'm dissapointed or not for the new quality? Then the answer is yes. But I think the translator still deserve the credit for translating for us readers. If anyone of you with decent english and have the time to spare I really hope you guys can help to clean up the translation and become some sort of an editor. <<less
0 Likes · Like Permalink | Report
Advertisements
Leave a Review (Guidelines)
You must be logged in to rate and post a review. Register an account to get started.

How to Survive as a Villain:...

The Tale of Some Random Shinobi
Advertisements