Novel Updates
RegisterLogin
Theme
Search
Your changes has been saved.
Edge of the Apocalypse

Home >
Novel >
Edge of the Apocalypse 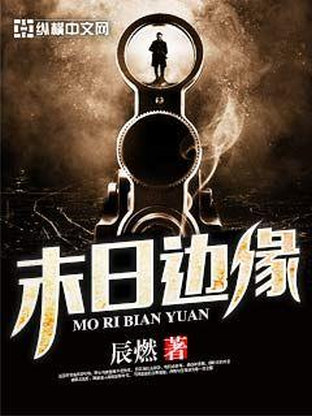 Status in Country of Origin. One entry per line
1920 Chapters(Completed)

After the Battle of Dawn, earth entered the age of wars. The collision of different planets and civilisations led to unending colonisations and expeditions of the unknown. Ambitions and desires grew as time progressed, but as they continued to pillage and destroy, they were unaware that paradise of yesterday was already at the edge of the apocalypse.

One entry per line
末日边缘

The Great Merchant in the Cataclysm (1)
City of Sin (1)

These are recommendation lists which contains Edge of the Apocalypse. You should give them a visit if you're looking for similar novels to read. Alternatively, you can also create your own list.
More Lists >>>

I don’t want to sound like a homer but so far this novel is great. Translation quality is a little iffy but that is more than made up for by the fact the story is interesting. The cultivation system is better than most and is easy enough to understand, their is basically little to no plot armor. Another huge positive for this novel is its smart and flushed out characters. The enzymes have brains, the possible love interests seem like real people and not flesh dolls and his friend function... more>> like humans. The political system in this novel is great and the battles keep me wanting to read more. Now I’m going to spoil a bit of the plot so just a warning.
Spoiler
[collapse]
the first 50 chapters are an obvious reference to the hunger games which is fine since it is very well executed so don’t worry that this is a fan fiction only the start is like that so please stay with it. at the end of the day this is one of the “in my opinion” top four novels on this sight so I hope to god that it gets translated please get translated ready this novel is addicting, and finally a big thank for the translators of this work. <<less
2 Likes · Like Permalink | Report

A lot of scheming b*tches around. And the MC keeps tolerating these b*tches b*tchy behaviors all the time. Keeps repeating the same bullshit, friendship. Lol! Especially that bit*h adele. I hope the author won't add that lesbian bit*h into mc's harem in the future. Btw when MC born the author said he was born with previous life memories. But what happened to that? And so for translation was a bit off. I don't know if it's a machine translation or not. Hard to understand. I'm still having a hard time determining a lot... more>> of character's names and gender after reading all translated chapters. <<less
1 Likes · Like Permalink | Report

Action/mystery/exploration/military So far pretty nice, after a bit of a shaky start the novel starts to get better and grow on you. MC is a genious with a mysterious past (that will be revealed much later I hope) , the setting and side characters are ok, action is pretty good. I does have the feeling that the author will screw up later along the way, lets hope im mistaken.... more>> In some ways it feels similar to dark moon era (another good novel that was stoped in webnovel). Worthwhile read, but far from superb 5/5 stars considering the average level of novels on novelupdates. <<less
1 Likes · Like Permalink | Report

Allen was born with memories. Lannie his mother has a love-hate feelings for his unknow father (Archimedes). The class system sucks too. Rich on Babylon (a floating island), while poor live on earth with "Dangers" (earths life forms that evolved).

One day "Predators" (demons) came and massacred his (age:5) town. Then wondered around until accidently in countering a pack of snow wolves. He killed one then encountered the pack and a wolf took him in.

group of humans killed that pack and kidnapped him. (He was able to kill two humans.)

Forced to go to a hell training camp, where only one lives (training to live the survival). In which then goes to a hell like tournament/survival where he has to be only who lives too.

Rebirth of the Legendary Tank