Novel Updates
RegisterLogin
Theme
Search
Your changes has been saved.
Eaten By The Tyrant I Raised

Home >
Novel >
Eaten By The Tyrant I Raised 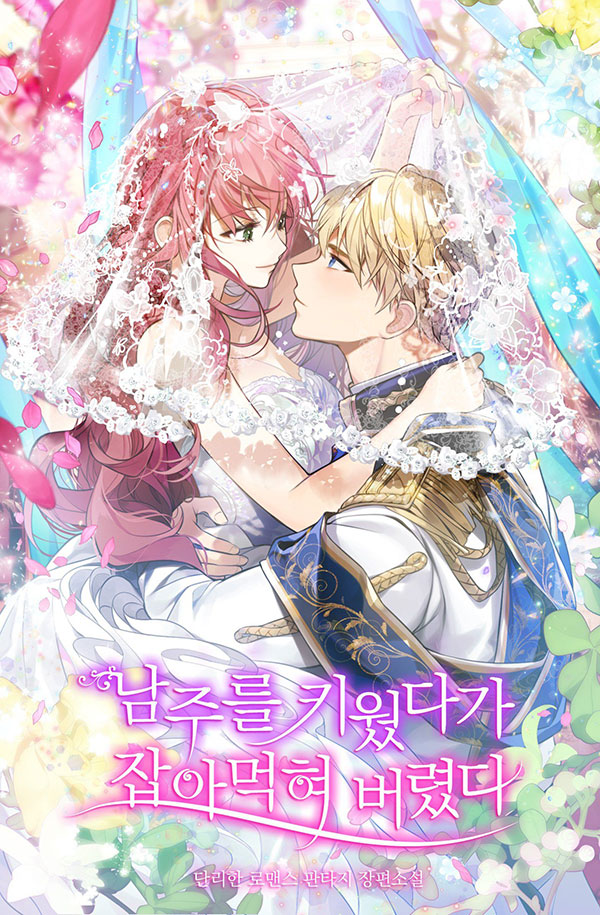 One entry per line
SUKJA

Status in Country of Origin. One entry per line
125 Chapters (Complete)

Ronée once happened to save a young boy. Despite his rare golden hair, she had thought it nothing more than a coincidence.

“Ronée, love you. I want to be with you forever.”

“Thank you for loving me.”

But the boy had been twelve at that time, and she had been seventeen.

“But we can’t be together.”

The age gap was difficult enough, but her father would want to hand her off to a suitable marriage candidate. He was sure to oppose it. So, she rejected him. She had thought that they would never see each other again anyway. However…

“There is no other woman in my eyes but you.”

Ten years later, he appeared before Ronée again, having become a king.

“Thank you for loving me. But…”

You, a king, and I cannot be together. Ronée made up her mind to give him a realistic answer. He whispered quietly to her, his eyes flashing dangerously.

“We still can’t be together?”

A very young and feeble child became the ruler of a continent; his soft and frail hands had become the strong and rough hands of a man. The king, Nabel, slowly moved on top of Ronée and wound himself around her like a vine.

The childlike Nabel no longer existed. He was dangerous; no, even more than that. Nabel smiled sleepily.

“If it’s for you… I can learn even these sorts of things.”

At those words coming from the lips of the man with the noblest blood on the continent, Ronée’s eyes widened.

I Raised Him Modestly, But He Came Back Obsessed With Me (1)
Crown of Thorns (1)
I Raised an Obsessive Servant (1)
I Tamed a Tyrant and Ran Away (1)
Stigma Effect (1)
If I Happened to Tame my Brother Well (1)

These are recommendation lists which contains Eaten By The Tyrant I Raised. You should give them a visit if you're looking for similar novels to read. Alternatively, you can also create your own list.
More Lists >>>

As usual Wordexcerpt picks up great stories. The story seems very promising so far with the FL having to deal with her own suffering while helping the ML not knowing his identity. The story is really just setting itself up for success. Since its still in the early stages of the novel, I have high expectations of what's going to happen in the future!!
10 Likes · Like Permalink | Report

So far so good, the storyline is interesting and I want to know what's the MC situation regardless the god of their world. I hope she'll become happy and free in the future, my heart hurts a little for both MC and ML but I have high hopes for both. My only wish for her ofc it's not just to stay safe and sound but become someone strong who can stand for herself, I hope her family will die painfully haha. :")
8 Likes · Like Permalink | Report

Thank you so much to the wordexcerpt team for bringing this novel! Atm I'm at chapter 23 and all I can say it's that there are parts in the novel I didn't expected to see and I'm in love with those parts. I hope the people who read the novel come to love it as much as I do <3 The FL is great so far, she had a difficult past but I hope she gets the happiness she deserves (Ofc, im waiting for those smuts chapters too hahahah)
4 Likes · Like Permalink | Report

I'm only at chapter 15, but so far, not only does the story get you invested emotionaly, the characters are very likeable, so that I'm very expectant of the romance to come!
4 Likes · Like Permalink | Report

I loved this story and I hope Shy keeps translating it! (I've slowly been making my way through the raw)
3 Likes · Like Permalink | Report

I love the flow of the story and I'm looking forward to reading more! I'm grateful Shy picked this up!
2 Likes · Like Permalink | Report

The story is barely being put out there, but it does make you want to continue reading. Just like the other reviewers mentioned it has a great storyline and plot, so I'm expected quite a lot from this story. You gotta read it to believe it.
2 Likes · Like Permalink | Report
Leave a Review (Guidelines)
You must be logged in to rate and post a review. Register an account to get started.

Tree of Aeons (an Isekai Story)