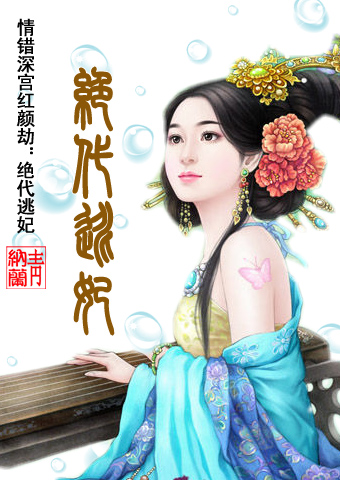 Status in Country of Origin. One entry per line
415 Chapters (Completed?)

A night to serve the emperor. A palanquin briskly made its way, surrounded by cold and quiet palace’s walls. The sound of eunuchs’ footsteps can be heard. The palace’s gate is open at the place where the palanquin stops. A woman wearing a snow-colored veil is invited to enter the palanquin. Tonight is the night where she will serve him. Her first night will also be the last night, because after this, the emperor will order her to commit suicide. Step by step, she enters the palanquin. Her pair of eyes shows no fear, and instead are calm and tranquil. After a night of serving the emperor, what awaits her is death. This is her fate. Her fate as a disgraced concubine who had committed a wrong.

These are recommendation lists which contains Disgraced Consort. You should give them a visit if you're looking for similar novels to read. Alternatively, you can also create your own list.
More Lists >>>

Im not sure why it gets such low ratings, but this novel definitely worth reading! Ive been reading a lot of historical romance here in NU, and this early 13 chaps Ive read is sure good. I give it 5 for the plots and MC personality. Although its too early to conclude something, but it arouse my curiousity enough I cant wait to read more. Sometimes I wait long enough for new novels to gain 20+ chapters before start reading, bcs the introductory chapters usually left with a lot of... more>> cliff hanger. But what should I do?! The front page picture is too beautiful! I ended up reading it! And now Im reaping my sow by waiting uneasedly..
Spoiler

here's the story point so far..

The MC is a princess, coming from military family that been bestowed by title 'wang' which means they're on equal status of royalty, and had waiting for a decree for bethrotal to other country emperor, but then bcs of a single mistake, she was taken to her country back palace not giving her time to mourn as her father and brother assasinated the night before.
The MC is devastatingly beautiful and have good upbringing, smart but not too much, that is gaves me the usual feeling of realistic story. Not sure about who is the male lead yet~ was it the devil mask guy or the emperor itself. But seeing the lenght of novel, which is 96 chptrs, I hope it flows from dramatic to happy end.
Give it a try!

I'm really liking the MC so far. In fact out of all the novels I read about females in Historical Times I think she is one of my favourite. I have no idea who the main love interest is, and from the comments in the translated chapters many others have no idea either. Right now I assume that the main love interest is the emperor she is currently with in the translated chapters and I have to say I have mixed feelings about him. The readers aren't really told much... more>> about him, and when there are scenes with him sometimes he's like a completely different person than he was before (so much so that readers speculate if he has a twin or something). <<less
5 Likes · Like Permalink | Report

The first part of this story will be sad. The author portrayed the MC as a strong willed girl who cares so much about family. She is a filial child. The most sad part for me was when she tried to fly a kite (?) or what ever kind of paper thing to the sky. That custom in the palace was created by the emperor's deceased empress. The higher the kite flies, her prayer will be fulfilled. At that time, our MC was failed again and again. She didn't know... more>> how to fly it. Then she fell to the ground and cry, hoping that her deceased father will hear her. She asked her father wether she was wrong all along. But all she want is for their nalan family to be save. The last, she said how much she miss her father so much... The romance part is bittersweet indeed. Started by a mistake but later their love for each other will bloom. Too bad after this part, I don't really like the continuation. Their time together was so short. After that was separation, caus3d by huge misunderstanding tempered by our big boss villain... From there... I don't like it. I thought that the plot become worse. The MC was 'raped' and then got pregnant, accidentally found her origin, meet th3 people from her clan, become patriarch, married one of the elder for the sake of her child's status in the clan, war against the three kingdom, and etc etc... And it turns out that the big boss is... At that time I seriously screamed to the sky like this : FML.....!!! I really want to slap somebody and ask : what the hecccckkkk? Overall, I'll give this 5 stars, mostly for translation group effort. Hope they won't stop midway... <<less
2 Likes · Like Permalink | Report
Leave a Review (Guidelines)
You must be logged in to rate and post a review. Register an account to get started.

Tales of Four-Eyes and Fatty in...